You are here: Home / Parenting & Family / What every kid should know

The school year is starting;  almost 2 million kids are heading off to college for the first time—-so there’s a predictable rash of articles on the internet.  How to let go and say goodbye. 9 tips for sending off a college freshman.   And the one I saw in the morning paper:  What every kid should know before they leave home.

I should know better.  But I read it anyway. 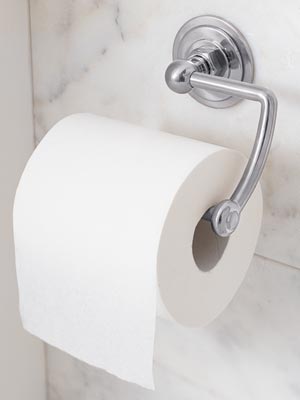 It starts off with some promise—the first example is changing the toilet paper roll.  Not a bad idea— there are grown men who haven’t yet learned this skill.

But it’s all downhill from there—–with a long list of stuff parents should teach  before the kids leave home:  how to  iron a shirt, clean a toilet, balance a checkbook.    It’s not just the tasks—there’s a bigger issue I have with this list— and with all those books on What Your 4th grader or 6th grader or Teenager Should Know.   My problem is the deadlines.   Like there’s a particular age when kids should have mastered certain skills.   Whoa—your kid can’t set the table by age 5?   Definitely not Harvard material.

Here’s the punchline:  the list of chores and the right ages comes from consulting with experts….one of which turns out to be the Duggars—also in the news for expecting their 19th child.   If you ask me,  what should be at the top of their list to teach their kids—birth control.

Plus the Duggars don’t even specify whether the toilet paper should  come from the top or the bottom.  FAIL.

Seriously.    Although I’m not, the article is.  And maybe  I don’t like reading this stuff because for me and my kids, it’s too late.

First came the day Alli called and told me I failed as a parent —because I never taught her how to pack a suitcase.  (By the way….  NOT on the list so  I’m off the hook).    Then there was the day she felt humiliated, when asked by her mother-in-law  to make a pie crust.   Pie crust isn’t on the list either,  but it’s on Alli’s list of what I missed.   Along with a lot more.

I failed Daniel, too.  The night before he first went away to college,  he came to me with a serious look.  As I was gearing up for a heavy-duty parental talk on responsibility and separation and living on his own—he told me what he really wanted : to learn how to sew on a button.

Yeah, that one IS on the list.  I should have taught Daniel how to use a needle and thread by age 7.   Wow.  I was more than 10 years overdue.  I’m not sure what I was doing all those years.

I did feel better about a few things.  Both of my kids can change a roll of toilet paper.

They’re also capable , resourceful and responsible young adults—-I’m reasonably sure they can do most of the stuff mentioned in the paper.    The big mystery is how they learned—because there are at least 5 tasks on that list I have no idea how to do myself.