You are here: Home / Health and Cancer / #BCSM: Standing on Thin Ice

When you’re standing next to Dorothy Hamill, as I was in this photo taken last night, it’s natural to be thinking about ice. The reason all of us are here explains the rest of the title.

Dorothy is a spokesperson for  one of the sponsors of last night’s event, which included  information on various aspects of survival.  A large percentage of the attendees are more than 5 years beyond their diagnosis. Still they don’t feel safe.  Because that ice.

What helped get us together, believe it or not, is a hashtag. 4 letters. #BCSM. Breast Cancer Social Media.

It started germinating in 2009 when a woman in Texas named Jody Schoger sent a tweet about cancer and connected with another survivor of breast cancer who lived in Boston. Together, in 2011, joined by a breast surgeon in Los Angeles, they created #BCSM, a hashtag, weekly Twitter chat, and much more that unleashed the powerful combination of social media and health.

The group was best described in USA Today by writer Liz Szabo as a combination of a breast cancer support group, boot camp for medical research, and seeds of a social movement.

A few years after creating #BCSM, 15 years after her initial diagnosis, Jody Schoger found out the ice had cracked under her. After 15 years thinking she was in the clear. Her cancer recurred and she was now metastatic. The breast cancer that kills.

This can happen months or years down the line. And down the line after that, as the sheet of ice keeps cracking, it becomes harder and harder to stay standing. Because there is no cure.

Last night, while Dorothy and I and the other women were smiling and learning what we can do to live longer, Jody, who was responsible for some of us being in that room, was in her last hours of life. Early this morning, she lost her grip on the sheet of broken ice and was swallowed up. She’s gone.

Even though we knew this day was coming, it hit hard.

I’m writing this in tribute to Jody and the incredible legacy she left; and also as a reminder to those who are NOT part of #BCSM.  As the rest of us would tell you:breast cancer is NOT pink ribbons.  It’s horrible  for anyone to have breast cancer; but it’s those standing on the ice that has cracked who need support most. 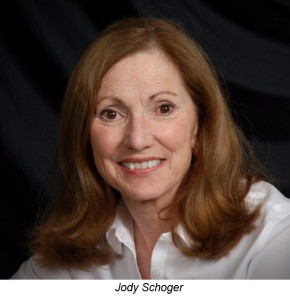