You are here: Home / Aging & Appearance / Making up for lost memories

Sometimes we have childhood memories of experiences….that we think we remember—but we really don’t.  Instead of the actual experience,what we really remember are the stories we’ve heard a million times.

Pictures are the same as stories.  They make memories real even if we don’t remember them.    I wouldn’t believe I’ve done a lot of things if I didn’t have the pictures to prove it.    Like going to Israel.

Actually I’ve been to Israel before.  But as Nora Ephron said, I remember nothing.

I was 19,  leaving for a summer in Europe.  My father kissed me  goodbye at the airport, having no idea where I’d be for 8 weeks, other than a rough itinerary of major cities I planned to visit, where I could stop at  the local American Express office and pick up mail.   London, Paris, Rome, Zurich, Copenhagen, Amsterdam.

I called home once.
Hi, Dad.  I’m in Rome. I met some kids going to Israel, so I decided to go. Is that okay with you?

I’ll write.  But I gotta go, the plane is leaving in 10 minutes.

I remember this story much better than my actual trip to Israel.

But I know I had fun because I’ve seen the pictures.   There’s me riding a camel, one of me climbing on a military vehicle abandoned in the Golan Heights after the war, one posing with a  shopkeeper in Jerusalem, one floating in the Dead Sea wearing braids and a bikini.

You could see I had a wonderful time——if you saw the pictures.   Only you can’t see them– because I can’t find them.

Maybe the cure is to create new memories.

Mary gave me a great start when I arrived at the airport. 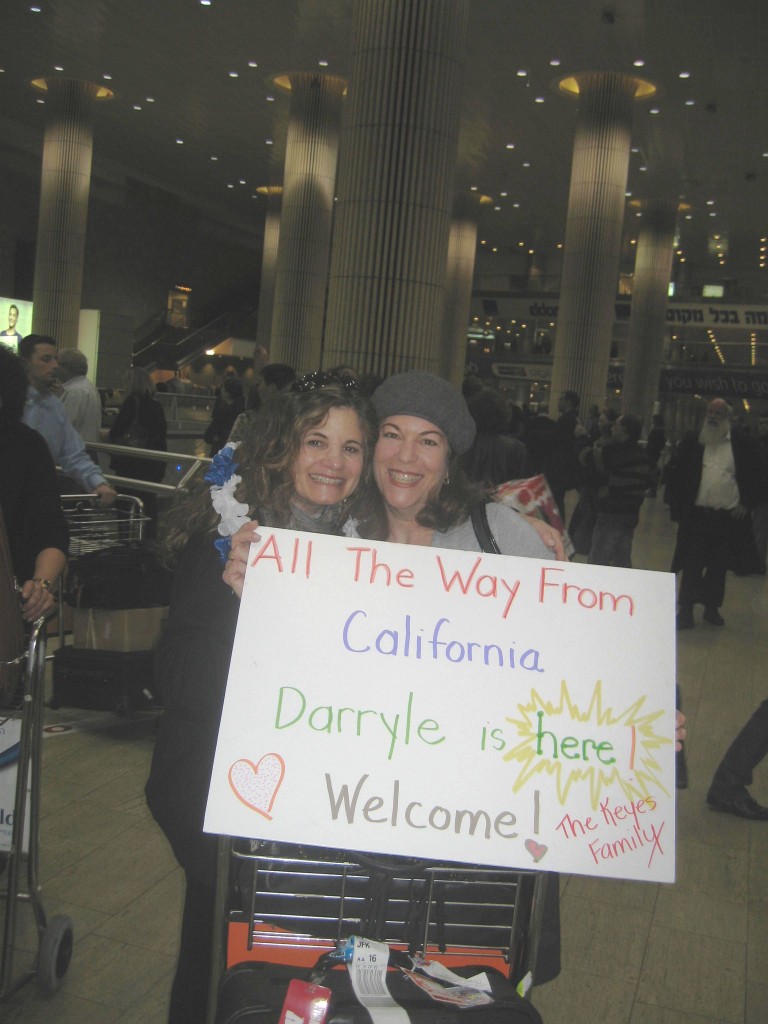