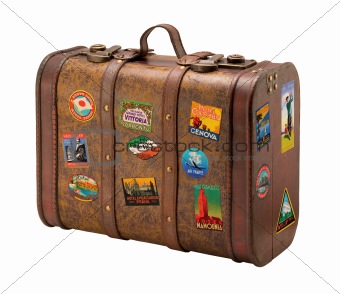 No cell phone.  No email.  No credit card.  No itinerary.

That’s how I went to Europe with a couple girlfriends the summer I was 19.     I had a suitcase, a Eurail pass, and a vague idea of where we were going.   The plans changed daily;  Air France lost my suitcase;  at least I hung onto the Eurail pass.

The only way to communicate with me was to send a letter to an American Express office in a city we might hit at some point.

My mother had just died of cancer the year before….still my father didn’t hesitate to give his blessing (and money) for my trip.

I called home once.    I had planned to stay in Europe all summer,  but decided to add a week in Israel.   This wasn’t part of the deal, and I wanted my dad’ s okay.    And I needed it quickly, I told him from the phone in Rome’s airport,  because  “the flight is already boarding.”

He told that story for years.

The story had a different ring to me once I  became a mother……..The world’s most neurotic mother.    I remember asking my father how he could do it—could let me go off on my own, not knowing where I was.   He smiled…. “Someday you’ll do it, too.   I always knew you could take care of yourself.”

I think about this as I watch Daniel pack up for 5 months in Argentina.   He’s responsible; he’s ready;   I’m excited for him to have this adventure.  Though I joke about it, I’m not really worried.   Still I feel a sense of loss.   He steps forward and I step back.

The first time Daniel went somewhere alone,   he was 10, going to summer camp in Maine where he didn’t know a soul.    He and I flew to New York, and stayed overnight near the school where the bus would be picking up all the campers the next morning.    Suddenly, the separation felt real.

I wish his grandfather was still around, so I could tell him he was right.