You are here: Home / Health and Cancer / The power of a punchline 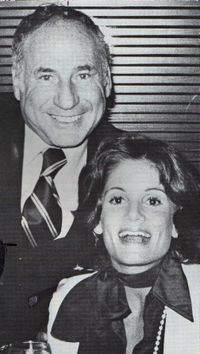 There’s a surprising amount of power in a sense of humor, sometimes including the power of attraction— humor is what connected me to my first husband.  Not only is he funny himself, he was the personal manager for Mel Brooks, a man who knows the power of a punchline.

He told me once about a business lunch with Mel and several other people at an exclusive restaurant. The waiter stood at the table describing a very long list of menu items along with each of their ingredients, all fancy, all French. Mel listened politely to this endless list of entrees. Finally the waiter stopped and asked: “What would be your preference, Mr. Brooks?”  Without missing a beat, Mel replied with perfect comic timing:  “What do you have for around $4.95?”
Larry Gelbart, creator of MASH and a brilliant comedy writer, remarked to my husband after lunch, “Can you imagine how great Mel felt listening to that list, knowing he had that punchline in his pocket?”

I’m no comedy giant, but I, too,  learned the power of a punchline, from a far different perspective.

I was at the back of a room, apprehensive and alone.
I didn’t know a soul, had no idea what I would find—but I had come hundreds of miles just to sit in this conference room filled with hundreds of women, all ages, all colors, all shapes. We had only one thing in common: we were all somewhere in our journeys with cancer.

I was only a couple months into mine, but I had already lost so much. My breast. My hair. My security. My peace of mind. Very possibly, I would also lose my life.

In the midst of heavy duty chemo, really I was too sick to even be here. But I came because I was desperate to be around people like me. I was trying on my new  identity—as a cancer patient.

I had no clue how to be this new person.  She was nothing like me.  The real me used to smile, to laugh, to love meeting new people.  The old me was full of life.  This new me thought of nothing but death.  She was solemn, scared, small.  She didn’t even look like me.  I carried around death like the new wig I was wearing, a new look to go with my new unwanted identity.
I had no idea how– or if– I would ever get the old me to come back.

The woman on stage at the front of the room had had cancer, too. Now she was a stand-up comic; and when she finished her story, she asked if anyone in the audience would come up and tell a funny story about cancer.

Cancer. Funny. I still found it hard to put those two words in the same sentence.

The room was quiet, no one volunteered.

And then I saw a hand go up. Like I was having an out of body experience, I saw it was my hand. Somehow I found myself walking up onstage.

As a newscaster, I was experienced and comfortable speaking in public.  But comedy?  This was some unknown part of me, playing a new role.

I took the mike and looked out at the sea of women.  Somehow in this room of strangers I felt safe, safer than I had felt in months.
So I relaxed, and told my story.

I have two kids, a daughter who’s 11 and a son , 7.   All I can think about when I see them is whether I’ll see them grow up, or even live till tomorrow. But I try to put on a happy face, like the other day when I cheerfully told them I had just gotten my new fake breast.

I was wearing it tucked into my regular bra, and that night when I’m leaning over to kiss my son goodnight, the prosthesis pops out and hits him in the face.

There was an instant of shock—and then we both burst out laughing, hysterically.  There hadn’t been much hilarity in our house lately, so my daughter rushes in from her room wondering what’s going on.

We tell her what happened, and she stares at me.  She’s really angry.

Like Mel, I had a great punchline.   The audience burst out laughing, in waves that swept up to me onstage, filling me up, surrounding me with support.   I wasn’t planning on a future in comedy, but I understood the rush comedians must feel making a live audience laugh.

And I also understood something else, something more personal, and more important.
I understood the power I now had— not just to make people laugh.

It’s the power of the human brain.  Science has proven that laughter improves the immune system, boosts energy, diminishes pain, protects from stress. And it doesn’t take a scientific study to know a sense of humor can improve your emotional health.

At the time, I didn’t know all that.  All I knew was the feeling of release and relief, that my sense of humor might be black—but it was back.  And I knew the real me would ultimately come back too. 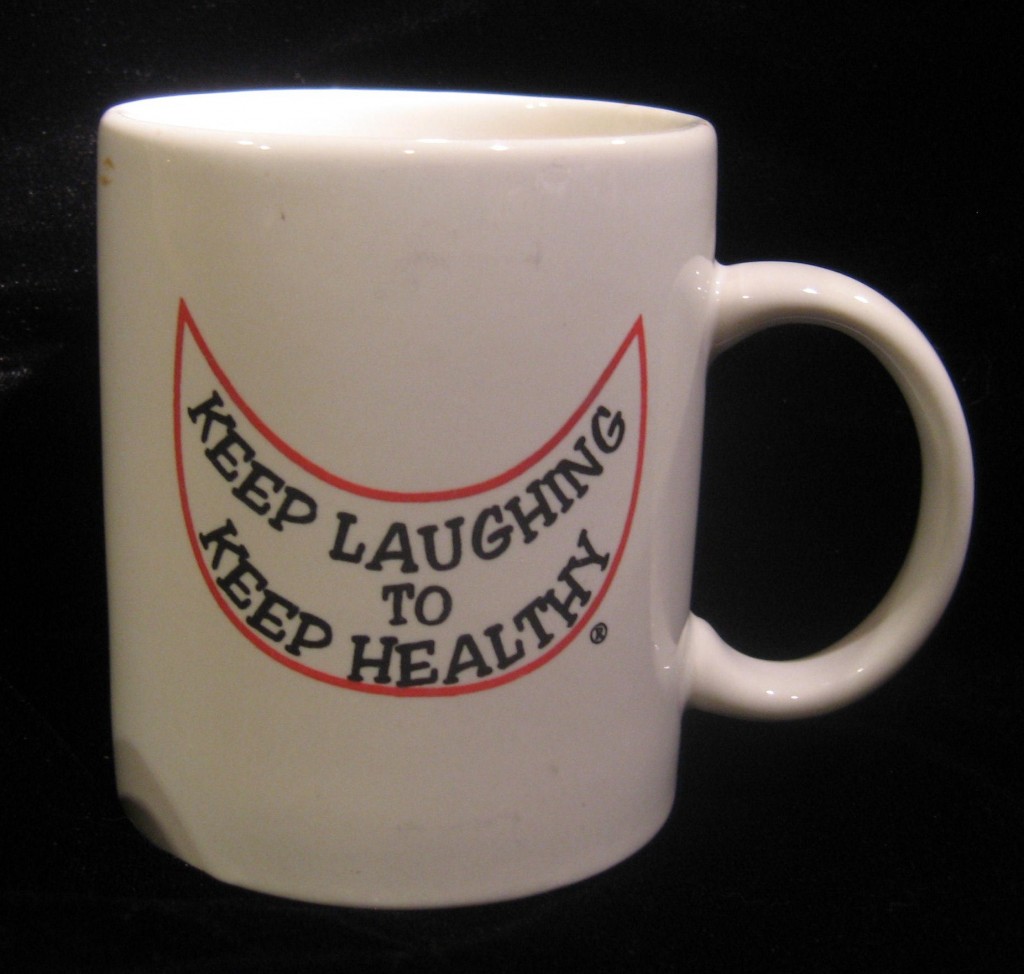 In exchange for coming up on stage, I got a coffee mug that says “Keep laughing to stay healthy.”  Every single time I use it, I think of that gift.  Not the cup.  The real gift was the power to harness humor as a weapon in my battle, to feel the power I had– to be able to laugh in the face of what scared me most.

We all have this power within us.  And sometimes when we feel most powerless, all we can really do—is laugh.