You are here: Home / Anything & Everything / Mothers of Intention 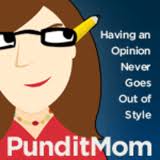 The internet is infinite—yet sometimes it functions like a small town.  When I first started blogging,  I kept “running into” someone called Pundit Mom.   I had no idea who she was.

The headline on her blog reads “Having an opinion never goes out of style”—and Pundit Mom seemed to have an opinion on everything.  This was the time leading up to the last presidential election; we were both writing about politics ;  both writing about parenting for the same website—so maybe it wasn’t surprising that we’d cross paths—especially since I almost always agreed with her.

It turned out that she’s one of the more well- known women blogging about politics; and Pundit Mom is the perfect description for the woman behind the cartoon—Joanne Bamberger.  Immersed in politics, she speaks her mind,  stays up on what’s happening, always writes from the point of view of women and moms—a recent post is called “For Less Weiner, Elect More Women.”  She’s a woman you’d want to read and to know— just as engaging in person. 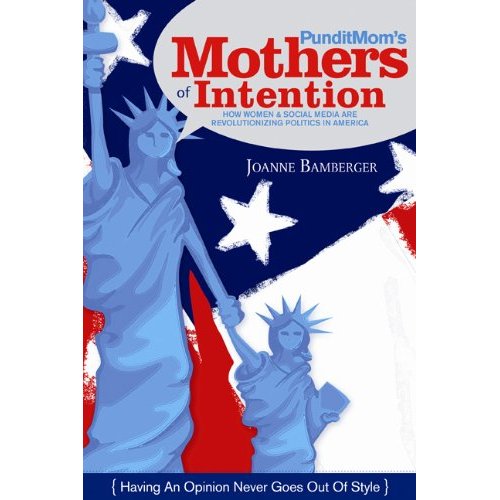 She’s unfailingly supportive of women;  so the not-so-small-world of women bloggers are thrilled that Pundit Mom is realizing a dream by publishing her first book–  called Mothers of Intention—How Women and Social Media are Revolutionizing Politics in America—a collection of essays from some of the most talented women writing online.

And I’m proud to say she included one of mine.

The book is just published; I haven’t even seen it yet.   I’ll be able to congratulate Joanne in person in a couple weeks; and very excited to read it.   I know I’ll enjoy it and I know you will, too.