You are here: Home / Parenting & Family / Missing: The Mother State of Mind 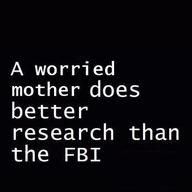 Actually I wrote it almost two years ago but felt too superstitious to publish it.   ( I still feel a little superstitious but I’m posting it anyway. )

Here’s the email I got from my son, who was traveling through South America for a few weeks after a semester abroad in Buenos Aires.

I’m taking a bus at midnight crossing the border from Argentina into Bolivia sometime tomorrow. Might be out of touch for a few days.  Will be in La Paz Monday.  Attached is the link to the hostel where I’ll be staying.  Love you.

Daniel is 22, tall, strong and fluent in Spanish.  I try not to worry that for this portion of his trip, he’s traveling alone– without a cell phone or computer.  I try to remember what it was like for parents before there were  cell phones or computers.

I try not to wonder what he means by “a few days.”  And I try not to count them.  But of course I do.

I focus on Monday; and  I’m fine, as 3 days pass with no communication.  It’s no surprise that he can’t get to an internet café in Bolivia, the poorest country in South America.

When Monday rolls around, I start getting a little ….motherly.

Maybe 9 a.m. is a little early to start worrying.   (Try telling that to a mother.)  Still I try to push my worries to the back of my mind  .

By midnight, Monday is officially over, and I officially pass from a state of concern into full blown worry.

And when I wake up Tuesday (not that I could sleep anyway) with no email message, all bets are off.

Anyone who knows Daniel recognizes that he is an exceptionally responsible and thoughtful son, sensitive to my state of mind. Wherever he is, Daniel is surely aware he’s late;  he knows without a shred of doubt how I would worry.  And I know with every fiber of my being that if he were physically capable of getting online, he would crawl over broken glass to contact us—not to mention check Facebook.

So this can only mean one thing.

…..I’m far too superstitious to verbalize it, even now.

The place where Butch Cassidy and the Sundance Kid meet their end in a gunfire exchange with the entire Bolivian army.

That’s mostly what I know about Bolivia.

But now I have the internet.

Which is not always a good thing—it’s a minefield for the neurotic.

After reading everything available in the English language, from the US and British government-issued State Department warnings, I know a lot more about Bolivia.

I know about the roads (unpaved and unsafe);  bus service (unreliable and subject to unannounced delays);  political situation (unstable);  weather (unseasonably cold, record-breaking cold wave);  crime ( kidnappings of foreigners who are forced to withdraw cash from the ATM).

I also know the details of every bus accident (and there are many) that occurred in Bolivia during the past two years.

As I push through my rising panic,  I imagine every possible scenario -–very few of them benign.

Some tiny part of my brain in the depths of my conscious mind is desperately trying to keep me grounded in reality.  Wouldn’t a mother so close to her son have some instinctive, innate intuition if her child really was ……you know?

Meanwhile I am researching what happens when an American citizen is missing abroad.

(Alert: Parents of students traveling abroad might not want to read this part. )

I don’t find much comfort in the process of what happens in a third world country in terms of emergency searches for missing US citizens.    And I realize that by the time the US State Department takes action on my case….. you know.

Still I press on, filling out forms online; going through my mental Rolodex for contacts in government; scrolling through my photos,  wondering which one Daniel might approve to appear on newscasts and posters.

By nightfall,   I’m a phone call away from covert operations…..and I’m not fooling around.  I’ve located and plan to hire some clandestine former CIA cloak and dagger-types who would respond faster than the State Department  ( which, months later, has still not returned my calls).

Just before I join forces with covert forces, we reach someone at the hostel in La Paz—who  tells us Daniel just called,  alerting them that he will be arriving late that night.

I knock on wood—every surface  in the house.  But I can’t fully breathe again until I hear his voice on Skype a few hours later, a voice too weary to give many details about his experience.

It was a frightening scenario I hadn’t pictured —

Daniel was a passenger on a bus held hostage—spending 50 hours on the bus at a roadblock in the middle of a desert in the middle of nowhere, two nights without food, water or heat in below freezing temperatures, blockaded by a group of miners in a political dispute who used dynamite and whips to maintain control of their captives.

At the time, I didn’t fully absorb the terror, just the relief.  At least  Daniel gets a great adventure story to tell.  And I get a night’s sleep.

Until the next day.  When there’s another email.  He’s leaving tonight on another bus…. a few more days  incommunicado  in Bolivia.

I email him back: I’m not worried now that I have the State Department on speed dial.

Joking in my oblivion, I have no idea that he’s headed for a bike trip on what’s regarded as the most dangerous road in the world—The Death Road.

That I don’t learn until I see the pictures weeks later when Daniel arrives home safely in California– a normal state for him, and normal state of mind for me.

….Until it dawns on me that probably he was safer on the Death Road in Bolivia than he is on the freeways of Los Angeles.

For obvious reasons, this post is  part of a collection I call Uncontrollable Mothering.