You are here: Home / Uncategorized / A fashion disaster averts a Disney disaster

It’s not just that the sweatshirt looks like a kindergarten craft project.

And it’s not just that I’m dressed exactly like my 5 year old.

Dressing as twinsies wasn’t an occasional occurrence. It was a fashion statement; maybe not daily, but way too often.

I was so over the moon to be a mom that I went over the top. I looked like I shopped in the Toddler department– for both of us.

Where were the fashion police when I needed them ?

My photos from that stage of life look like those features in People magazine: Who wore it better?

(For this one I had an excuse: Pumpkins make a perfect disguise for a pregnancy)

There was one saving grace to being twinsies. Actually it took place on the very day this picture was taken.

It was Alli’s first time at Disneyland, we were with friends; heading toward the exit at the end of a full day when we saw Mickey.

The perfect photo op. I knelt down to take some shots of him with Alli; then my friend put her son in Alli’s spot; so I took a few of him.

And then I stood up.

I looked around. “Where’s Alli?” I asked my friend. She shrugged.

While she was watching me take her son’s picture, my child had disappeared. At Disneyland.

What flew into my mind instantly was a story I had just heard, about a little girl who was snatched at Disneyland, taken to the restroom by the bad guys— who cut her hair, dressed her in boys clothes, and took her right out the exit.

( I was such a neurotic mother I’m surprised I was even willing to go to Disneyland after hearing that story.)

Meanwhile my child was lost. (Don’t judge me; I blamed it on my friend.)

I could picture Alli already in a restroom having her hair cut.

I became a lunatic; rushing for the exit before someone tried to escape with my daughter. I was so frantic I’m sure you could hear my screaming from Anaheim to Orlando.

Usually at Disneyland, it’s the kids who have the meltdown. So people were gathering around .

Finally one lady in the crowd waved at me, pointing in a different direction, “Excuse me, I just saw a little girl running around over there. It has to be your daughter; she’s wearing the same sweatshirt. “

I highly recommend it as a security measure for family trips to Disneyland. 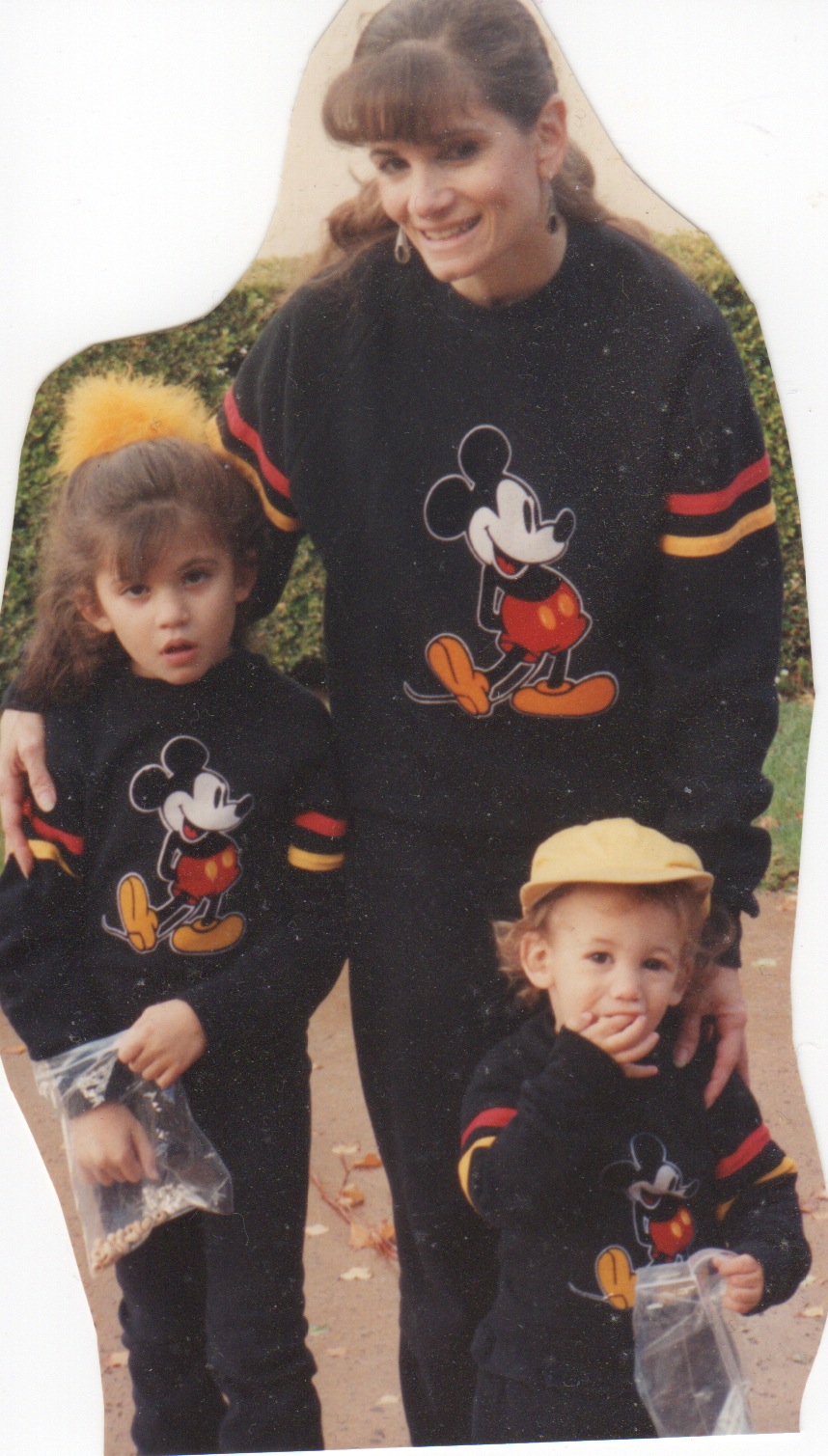