You are here: Home / Health and Cancer / Angelina Jolie's choice 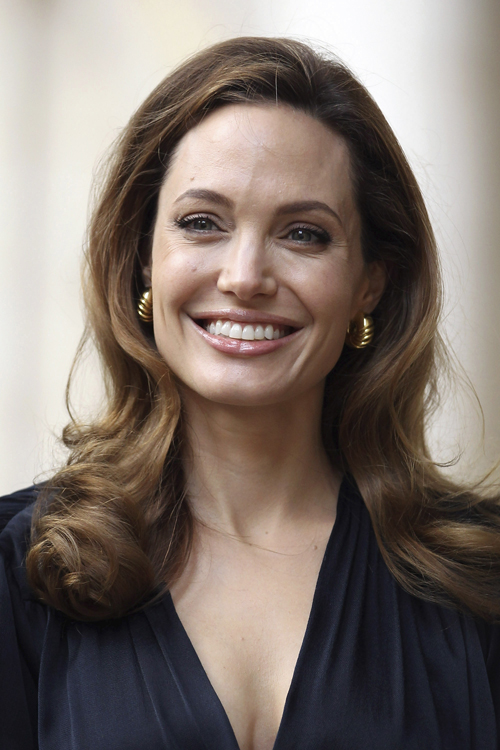 As someone who’s so closely associated with breast cancer, I feel I should acknowledge Angelina Jolie and welcome her to the sorority no one wants to join.

So I’m writing this to salute her for having a double mastectomy in order to avoid getting breast cancer, the disease that killed her mother.   And even more to salute her for writing an article in the New York Times today, disclosing her surgeries, her health history, and her personal feelings about it.

I  am writing about it now because I hope that other women can benefit from my experience. Cancer is still a word that strikes fear into people’s hearts, producing a deep sense of powerlessness…..On a personal note, I do not feel any less of a woman. I feel empowered that I made a strong choice that in no way diminishes my femininity.

I realize she didn’t  have cancer, just the BRCA1 gene; and that she had the best care money could buy; not to mention Brad Pitt at her side supporting her every inch of the way.  It still took a lot of courage for this public disclosure by maybe the most famous and glamorous movie star in the world.

Cancer isn’t exactly glamorous.  Even though we’ve come a long way in putting it out in the open.

I still remember when cancer wasn’t even said out loud;  the enormous impact made by Betty Ford when she told the world  she had a mastectomy.   I think Angelina could have a similar impact, especially if she chooses to get more involved in the cancer community, which I hope she’ll do.

It’s sad and scary  to think that after all the years, all the research, all the ribbons, all the PINK—-there really isn’t a better option for women who carry the gene than just lopping them off.

I think Angelina made  the right choice; one I would also make.   Decisions we make about our own health are highly personal; and need to be respected no matter what they are.  No one else has to walk in our shoes.

I’m assuming that she’ll later also elect to have her ovaries removed, as I did.  I don’t have the gene, but chose to remove my ovaries as a proactive move.  At the time, my choice was highly controversial; even my own doctor disagreed.  I switched doctors; and I’ve never regretted either choice–the ovaries or the doctor.

I also appreciate the irony, whether intentional or not, that the piece she wrote in the New York Times about this was published the day after Mother’s Day.   No doubt Angelina feels both sides of Mother’s Day, too;  as I wrote about yesterday.

I welcome her to the sorority; wish her well; and wish her a long healthy happy life.