You are here: Home / Aging & Appearance / Madonna, Reinvention and Revolution 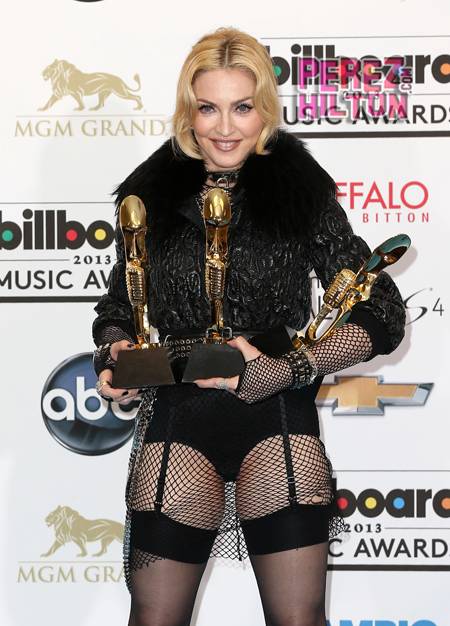 I have to believe  she’s thinking to herself:  How did that happen?   That’s what I’m thinking about my birthday which is also coming up this week; just a few days (and a few years!) after  hers.

It gets harder to wrap your head around the number the bigger it gets.

And it’s also harder to identify with the image.

Back in the day, women our age were matrons, getting ready to settle down in the rocking chair on the porch.

Yet here we are – Madonna and me – cavorting and creating.

The Material Girl  is constantly changing.  That’s the hallmark of the Madonna mythology: The Queen of Reinvention.

Reinvention has become  a major buzz word for women our age.  And Madonna is not leading the trend.   We all are.

By reinventing ourselves, our generation is reframing aging  itself.

And what’s happening is more than reinvention.  It’s a revolution of historic proportions.

Though we’re under the radar, I say a revolution because we’re rebelling – against the image and the idea that we should be marginalized or washed up or invisible.  We’re not going to step back or bow out gracefully.

And it’s not just that women are reinventing themselves individually.   We’‘re also reinventing ourselves as a group; reinventing what it means to be a “woman of a certain age.”

For the first time ever, women our age are a major, active force in the mainsream,  growing more powerful economically, politically, and socially.  We’re taking the reins, collectively.

For many of us, something arrives around the same time as the AARP card: a sense of freedom.  Freedom to say and do what you want , try new things, and the freedom NOT to follow  the prescribed path to  obsolescence.

Whether by choice or circumstance,  women are striking out in new directions—-whether that means getting a divorce or a degree — we’re doing what feels personally and uniquely authentic.

Many find ourselves feeling energetic, ambitious, curious, confident —-with the ability to make things happen.

This makes a dynamic and potent combination when added to the statistics on longevity.  Knowing there are decades of life still ahead,  Madonna doesn’t seem to be winding  down;  neither am I and neither are most women I know.

And a recharged, revitalized, reinvented population of women is great news that holds enormous promise for the women coming after us and for the world.

So Happy 55th Birthday, Madonna.  Keep rocking.  The rest of us are right there rocking with you.