You are here: Home / Chocolate & Other Food for Thought / Deli Man: Support Your Local Deli 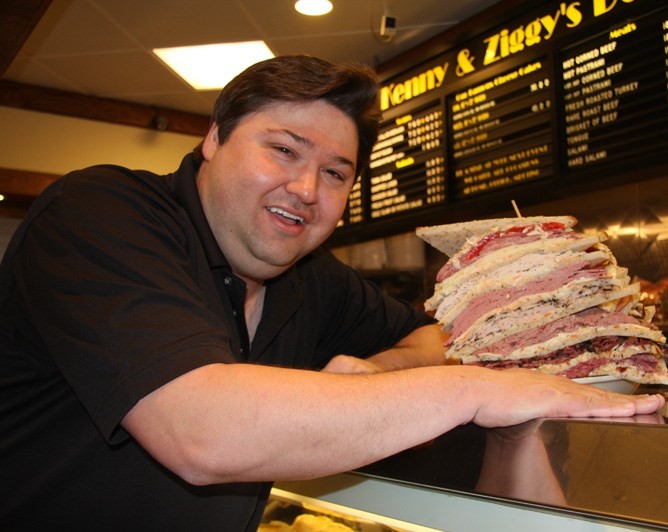 You don’t have to be Jewish to Believe: that blintzes are bliss, pastrami is perfection;  matzo ball soup is magic.

If you even have one, you’re lucky.  As documented in the new documentary film Deli Man, delis have become an endangered species disappearing at an alarming rate. We’re down to less than 150 kosher or kosher-style delis in the entire United States.

Not so long ago, during the Golden Age of Delis, there were 1500 delis in New York City alone.

Which of course doesn’t include the legendary delis in other cities, like Miami Beach, where I grew up.  Wolfie Cohen was a local legend; his kids went to school with us,  I still miss the little danish that no one serves anymore, and I don’t know how people have recovered from the closure of the Rascal House.

Deli food will always be part of my DNA, even though I come from a long line of Jewish mothers on both sides who couldn’t cook.

After 20 years of deli deprivation living in Carmel, one bonus of our recent move to Los Angeles is the proximity to pastrami.   Canters, Brent’s, Nate and Al’s, Factors – every fan of delis has their personal favorite.

Till I saw this film, I had no idea how deep delis go in the DNA of the Deli men themselves, like Ziggy Gruber, with the sandwich above.  His deli is in Houston, and his story is featured in the documentary, which not only looks back but also looks forward.

In unlikely places like San Francisco and Toronto,  the next generation is preserving and reinventing the deli tradition for new audiences.  So there’s hope for a deli revival.

And I hope reading this will make you pine for a pastrami sandwich and Support Your Local Deli.  You don’t even have to be Jewish.