You are here: Home / Anything & Everything / BlogHer 0-9 : crossing the line 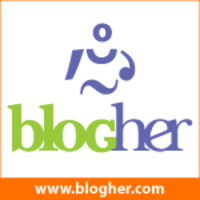 All the way to San Francisco for nothing.  Nothing from Neiman Marcus.   Not even a totebag from BlogHer ’08.    I did get one thing from the experience—a  name.   Jane Gassner was moderating a session  I couldn’t attend—but  at least I understood the words on the program:  Blogging in Mid-Life.

This is not the Jane I often mention, who out-Martha’s Martha Stewart.  This other Jane I’ve never met—but she tried online  to steer me into the blogopshere.  One of the first things she told me  was to get on Twitter.  This was last August—-and  I got right on Twitter.  I was so confused I got right off.   It took me 5 months to try again–now Twitter is a regular part of this brave new world.

I might not be an early adapter but I do learn.  When I heard  months ago that BlogHer tickets were going on sale, I bought one.   If I didn’t go, I knew I could sell it— to someone as clueless as I was.

A year later I still don’t know much about the BlogHer community.  I do know that their conference is a big deal; the Super Bowl of the blogosphere.   Only I wasn’t sure if I wanted to go.   For many reasons—one of them being that this time, it’s not a two-hour drive; it’s in Chicago.  And as I procrastinated for months about whether or not to go,  I learned some little tidbits.

I’m way older than most bloggers, and though that doesn’t bother me,  I see the world in a different light.  That night in the hotel when the lobby was empty and I thought all the women were in their rooms blogging….hell,no.   From what I hear,  BlogHer sounds like one big Par-tay!

People are discussing what they’re wearing—–down to the Spanx to hold in their tummies.  They’re wondering about their haircuts, their makeup,  whether they can lose the baby weight in time;  they’re even posting pictures of what they might wear to the best private parties (the ones I’m not invited to).

Judging by most of the conversation, the most important accessory is not as I thought last year, a laptop.  Although I assumed I’d be looking up—at nametags—everyone else will be looking down—at shoes.

Right now it feels more like I’m going to Fashion Week.   Seriously.  I just heard that Tim Gunn, the guru of Project Runway, will actually BE there.  (OMG!!! =oh my god!!.  Is it too late to get liposuction?  )

Since cancer, I try not to sweat the small stuff.   Which is lucky because BlogHer fashion sounds more stressful than a high school reunion, even the one when I was newly pregnant and just looked fat.   My own plan is to say I haven’t lost my baby weight yet—from my baby who just turned 21.

Besides fashion, I find out another activity popular among some of the mommies who attend BlogHer—is getting tattoos.    At my age,  a needle in my vicinity would not have ink—but Botox.

Then there’s something about unicorns—which are somehow associated with BlogHer conferences.  It’s like an inside joke, a secret password that apparently I’d have to go to Chicago to find out.   If I do go, apparently I’d be handing out hundreds of business cards.  So a few weeks ago I made a mental note to order some.   At least that means something goes on at BlogHer— besides the swag and the drinking and the bonding.

Most people can’t wait to get there, but some are  nervous.  Some says it’s cliquey.  (High school again).  Some are chatty in cyberspace but shy IRL (in real life).

As the date gets closer, I hear on Twitter that people are already making lists and packing suitcases.  This gets my attention.  If I want to go to BlogHer I should start looking at airfares.  Unless I want to send my cardboard cutout again.

The truth is,  even if I miss the right parties and wear the wrong shoes and end up hiding from Tim Gunn,  Chicago is calling me.   BlogHer is an amazing community;  there’s so much to learn, so many people I’ve met online (like Jane) that I can meet in person.    I buy my plane ticket.

BlogHer ’09:  I’m crossing the line.    This time they have to let me through the door.

I leave in about a week.  By the time I write Part 3, I’ll be able to explain the unicorns.   And at least  I’ll get a tote bag.