I was sure yesterday would be my last Michael Jackson post.  But more news broke, and  I was scrutinizing faces.    Not Jackson’s face– so closely scrutinized for so long;  I was looking at his children’s faces for traces of another face. 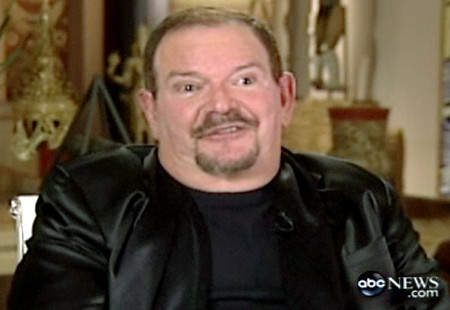 Dr. Arnold Klein, suddenly a household word,  was  a very familiar face to me—and mine was closely scrutinized by him for all the years I lived in Los Angeles.   He was considered the dermatologist to the stars, but I wasn’t a typical patient , worried about how I looked.  I was worried about what was going on beneath the surface.

Once I found out that my mother had died of malignant melanoma, I was completely paranoid that I would get it , too.  So  I had sought out the leading dermatologist in Beverly Hills, and I rushed into his office every time I saw anything new on my skin.

Arnie , a Jewish guy who was also from Miami, knew just how to handle a  neurotic patient like me.   “So what do you have today that you think is cancer?” was his standard greeting, every time he walked into the exam room with a big smile and his headlight that reminded me of a coal miner.  We’d both laugh and he’d check me out and tell me I was fine and I’d go home until a few weeks later when I’d find some other spot.

He stopped using that line the day one of those spots WAS cancer.  Fortunately it was just basal cell— but still, I wasn’t even 30 yet.   Arnie was always first with the latest breakththrough, and he urged me to have a new treatment that involved him, a plastic surgeon and a pathologist.  Even for a drama queen, 3 doctors sounded like overkill for a tiny little spot on my nose.  So instead I had it removed by a plastic surgeon.

A year later, the cancer was back.  That time I took Arnie’s advice, and did it his way, which was successful—as he liked to regularly remind me.  Thanks to him, I was one of the first people to have skin cancer removed with the technique called Moh’s surgery, commonly done today and considered the most advanced treatment for basal cell skin cancer.

After I left L.A., I didn’t see Arnie Klein until his appearances today with Diane Sawyer and Larry King.    No matter what happens from this point on,  Klein will face not just faces but some very complicated issues— stuff they sure don’t teach in medical school.  Tonight he told Larry King he’d protect Michael Jackson’s kids.  If only he could magically heal their wounds as he did with my skin cancer.