You are here: Home / Anything & Everything / riding and writing

Before I leave for Chicago and points beyond,  I’ll be doing some traveling starting tomorrow.  And you’ll be coming along— with a team of bike riders on a long distance trip.

It’s not the Tour de France; it’s the Great Annual Bike Ride Across Iowa—held to raise awareness and funds for a charity fighting diseases that affect the eyesight of millions of people.

475 miles on a bike to benefit charity….-that’s MY kind of exercise.   As long as I’m not the one riding.

This event would be completely out of my league— and it’s a great match for Paul Rosenthal.   He was a jock in high school when I first met him.  As captain of the football team, naturally he dated a cheerleader—who happened to be my sister Carla. 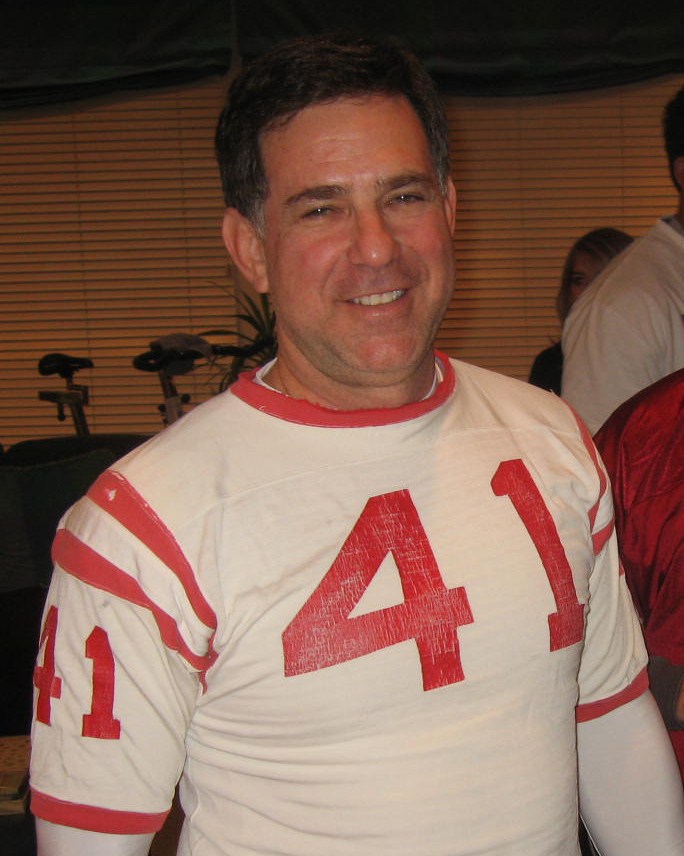 I got better grades than Carla,  but  she was smart enough at age 15 to know that Paul would make the perfect husband and father.  She was so right.

He still gets out the football and the old high school jersey—and quarterbacks one of the teams every Thanksgiving for the family turkey bowl.   But my sister also had the vision to see his potential off the field. 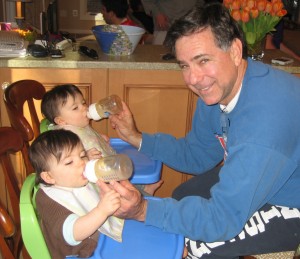 Today Paul is a respected and successful attorney,  managing partner of the Washington office of  prominent law firm Kelley Drye.   Not to take away from his legal acumen —but Paul is as far as you can get from the popular image of an attorney as a shark.  It’s impossible not to LIKE him– due to his personality and personal character— and the fact that he doesn’t take himself too seriously. 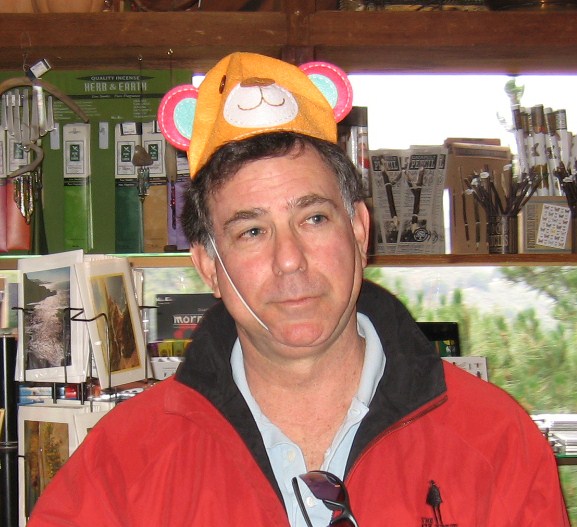 Despite professional success and recent incarnations as a wine aficionado and grandfather of identical twin girls, to me Paul is that same goofy guy I always knew.

Technically he’s my brother-in-law;  he’s far more like a brother—there’s no one  I would rather share a secret or a laugh with.   And after all these years, I have only one major complaint:   he represents the chocolate industry and I know they must supply him with free chocolate—that he doesn’t share with me.

Due to timing and geography, Paul and I will cross paths in Chicago for one night –just after his trip to Iowa and mine to BlogHer.   Between now and then, he was planning to write daily updates from the road.   So I suggested  he post them here for the next week as a guest blogger, starting tomorrow.  I’m proud of Paul for taking this trip–and allowing me to share it without doing any of the legwork; I can’t wait to read about it, and become a commenter on my own blog.