You are here: Home / Aging & Appearance / a drop in the bucket

I don’t have a bucket list.  Luckily my life has been full of things better than what I would have dreamed up.  But if I ever had a list….there is one thing….one fantasy I’ve had for years, that would be at the top.

I’m not sure how it started.   Maybe when I was Daisy Mae in the summer camp production of L’il Abner.  Or maybe when I missed going to Woodstock.   But somehow this fantasy took shape:  I wanted to sing with a rock band  and play the tambourine.

Way in the back of my mind, all these years later,  I still have the same fantasy—which I recently confided to my friend Myra.   And it turns out that she’s been living a secret life— where she’s not the queen of organic produce or the cookbook author— where she is Eric Clapton— in the privacy of her own home. 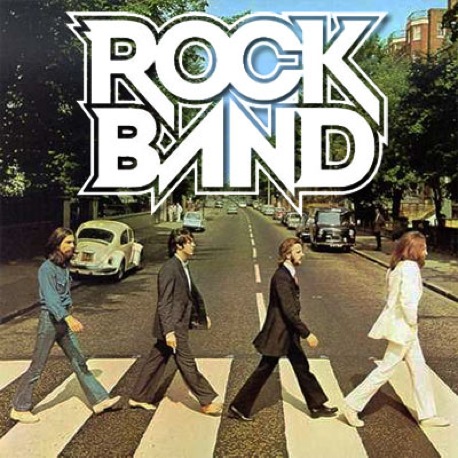 So thanks to Myra, tonight I got one step closer to the only item on my bucket list:  she just got the Beatles Rock Band game and she invited me over to play.

Though there’s no tambourine,   I got a little practice at percussion.   As soon as we come up with a name ( The Mamas without the Papas? )  I figure we can take the act on the road.

Before I can cross it off my list,  my fantasy is missing just one little detail:  an audience.   Tonight we played for Myra’s 16- year-old son.   He lasted for half a song.