You are here: Home / Health and Cancer / brain power 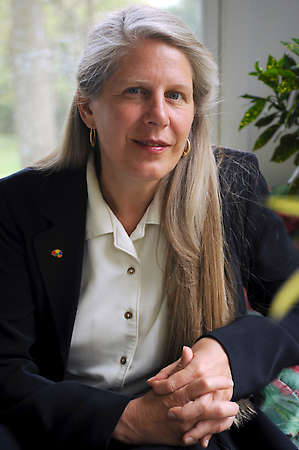 Possibly I”m one of the last people on the planet to hear about Jill Bolte Taylor. I didn’t read her book, or watch her with Oprah, or see the video of her talk at TED that went viral.  I didn’t  know that in 2008, TIME Magazine  named her one of the 100 Most Influential People in the world.

I read her bio in the program, just before she spoke at a luncheon I attended today.   And she didn’t exactly have me at “hello.”

“Just what I need,”  I thought.  “Besides cancer and Alzheimer’s , a new thing to worry about:  getting a stroke.”

That’s Taylor’s story—a 37 year old  brain scientist at Harvard who had a stroke— which rendered her totally disabled, unable to walk, speak, read, or remember anything.    And how she recovered,  gaining insights into the workings of the brain and its ability to recover—which she shares to motivate other stroke survivors around the world.

I don’t even understand science.   Yet  I was riveted.  So was everyone else in the room.

It would be hard for me to do justice to her, so I’ll just say this.   I probably should add strokes to my list of things to worry about—although she gave us a way to remember the warning signs, which spell out the word “STROKE”:

In addition, I have a new appreciation for the power of the 50 trillion cells that she calls the molecular geniuses that make up our bodies.  I have a new desire to strike a balance between the right and the left sides of my brain.   And I have a new-found admiration for Taylor herself-— who on top of her scientific pursuits —is also a singer and an artist who makes anatomically correct versions of the brain in stained glass.

I have to admit, it’s beautiful.  The stained glass, and the brain itself. 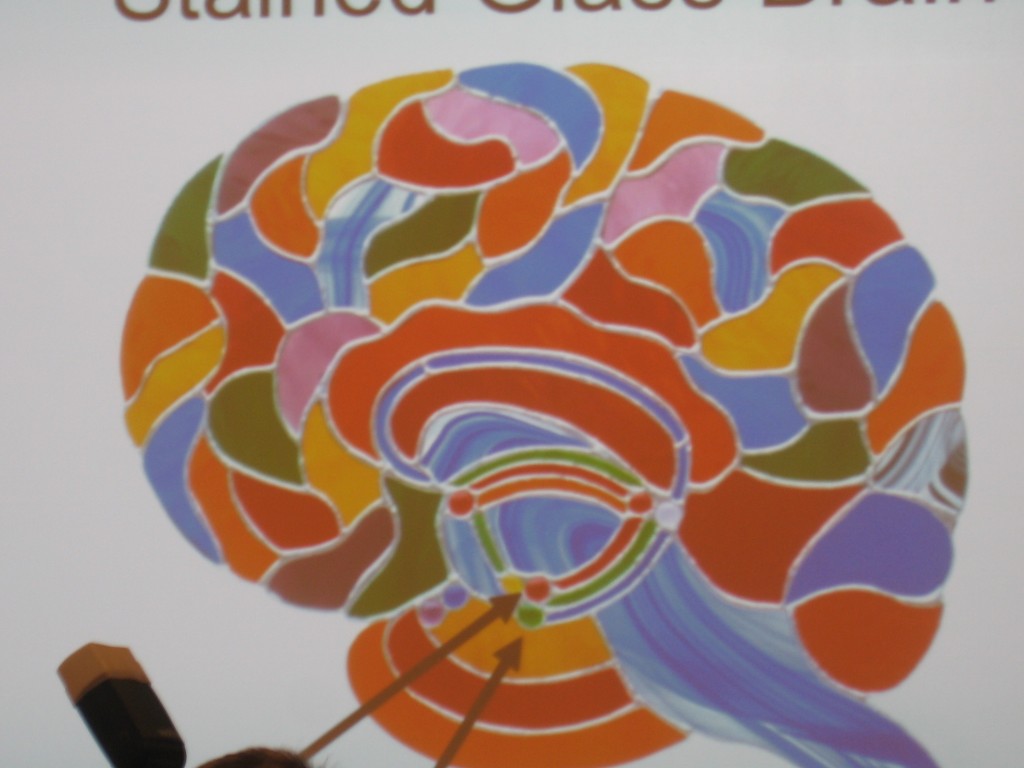 Click here to learn more, see the video or read the book)