You are here: Home / Health and Cancer / a no-brainer 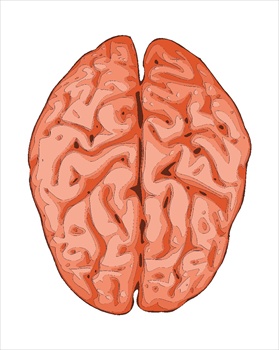 I’m a worrier.  Although I’ve improved over the years.   At least I think so.  My kids don’t notice such subtleties.   Even now when they’re on their own, I still drive them  crazy mention my worries —drive slower, wear sunblock, eat organic.  They say I repeat myself.  They’re right.

I constantly occasionally send them links to articles warning of various dangers— clearly proving all these worries are warranted.   I’m pretty sure they ignore the emails.  It’s harder to ignore me in person — typically they roll their eyes and joke that they prefer their strawberries with pesticides.

A persistent theme has been cell phones.  I wasn’t surprised a few years ago when I started reading about the potential danger and connection to brain cancer.  For me, worrying was—-forgive me—a no-brainer.  Naturally I bugged the kids to use a Bluetooth.  Naturally I didn’t use one myself.  ( I worried less for me since cancer takes so long to develop and unlike my kids, my brain has definitely stopped developing.)

What worried me more was when I started hearing a certain word more often: glioblastoma.  It’s a particularly lethal brain cancer, very hard to treat, the type of cancer that killed Teddy Kennedy.   And it’s rare—- approximately 23,000 cases per year in the United States.   The number of cases is rising every year but still that isn’t a huge number when you’re talking cancer—so it was odd when I started noticing how many people I knew personally or heard about had this rare cancer.   I’m curious to know if anyone else has noticed this phenomenon among people you know.

Today it was announced that Hall of Fame catcher Gary Carter has been diagnosed with it.

Particularly sad and ironic timing—since a new study came out today warning of the link between cell phones and this type of brain cancer—and not from a fringe group, from the World Health Organization.

To be completely accurate, the study doesn’t say cell phones cause cancer, it says they are possibly carcinogenic to humans—in the same category as lead, engine exhaust, and chloroform.    But since cell phones are a recent phenomenon, and it takes so long for cancers to develop and for scientists to gather evidence for long-term studies, I think it’s pretty clear where this is going—and it’s really scary to think about.  I’m trying not to.  I even resisted sending the link to my kids  (but I might suggest they read my blog.)

And though I hate to joke about something so serious, I think the takeaway from this is pretty clear:  use your phones with caution—but always listen to your mother.