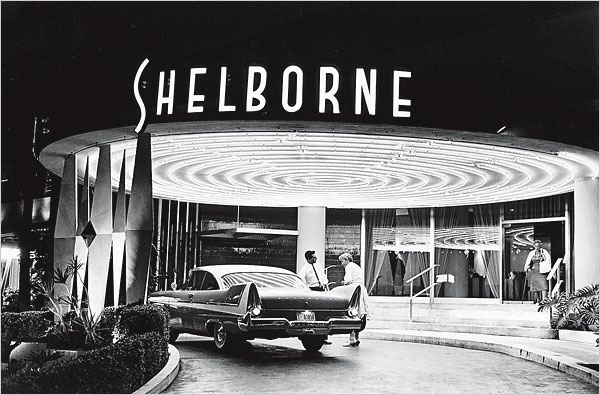 I saw this photo in today’s New York Times with a review of Miami Babylon by Gerald Posner.  Instantly memories flooded back.

And inside the hotel— where my brother took off the cowboy hat.

The Shelborne was one of several hotels my dad owned and/or operated on Miami Beach.   From the time he arrived in the late 40’s, he saw Miami’s potential as a major tourist mecca.  So he built his business, and his life there. 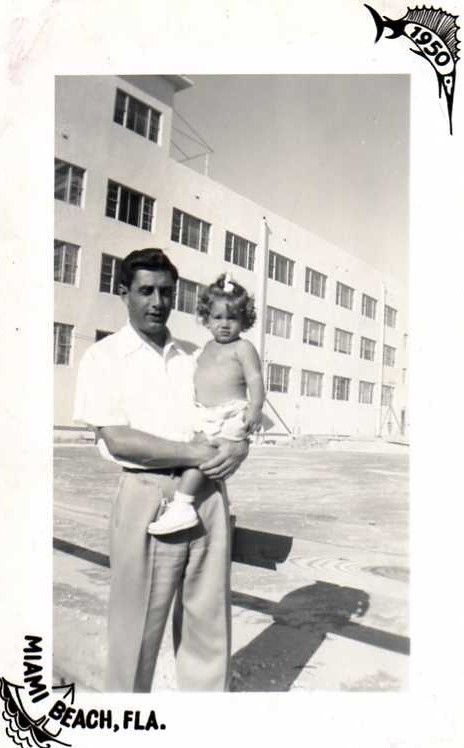 I was born on Miami Beach, and the town grew along with us—-with hotels from one end to the other.

(Um……that bonnet??? ) In the early years, we lived in some of those hotels—the same ones that are now South Beach status symbols.  For me, they’ve never been resorts;  they’re roots.

Like any kid, I had no perspective on where I lived—its history, glamour, or status.

Though I don’t get back often,  I”ll always have the Beach in my blood—and sand in my shoes.

There’s another reason that picture of the Shelborne struck me today.  It was in the New York Times—–and there was nothing my father admired more. So Dad– this was for you.