Once upon a time, long long ago, and far away, there lived 6 girls in a place called Magic City.

Hold on; I just need to interrupt a second.

This sounds like a fairy tale but it’s true; so for the sake of accuracy, it wasn’t really called Magic City.   But I didn’t make that up. 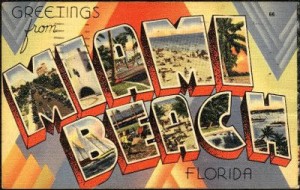 Magic City is the TV series about Miami Beach set in 1959, the exact time and place where the girls were growing up.

The TV show has a lot of glamor, glitz and gangsters.

That was maybe Magic City for their parents.  At least some of them.

For  the 6 girls, life was simply like it was for kids anywhere at the time, except they were surrounded by sun and sand and salt water.   And on this manmade island without fertile soil,  the place turned out to nourish roots that went strong and deep, even when the girls grew up and started moving away.

Time in fairy tales can be a fleeting  and fluid concept.  So let’s flash forward to the present.

An impossible-to-believe amount of years have passed since the girls graduated high school.   (45; go ahead, do the math)   Today they’re all grown up, having lived through divorces, deaths,  disease, children, careers, crises, and countless fashion mistakes.

Recently the 6 girls reached out for their roots and came together not in Magic City but in another mystical place, the City of Angels.  They met by another beach by a different ocean across the continent from the one where they grew up.

Which explains why they decided, going forward, to call themselves Beach Babes. 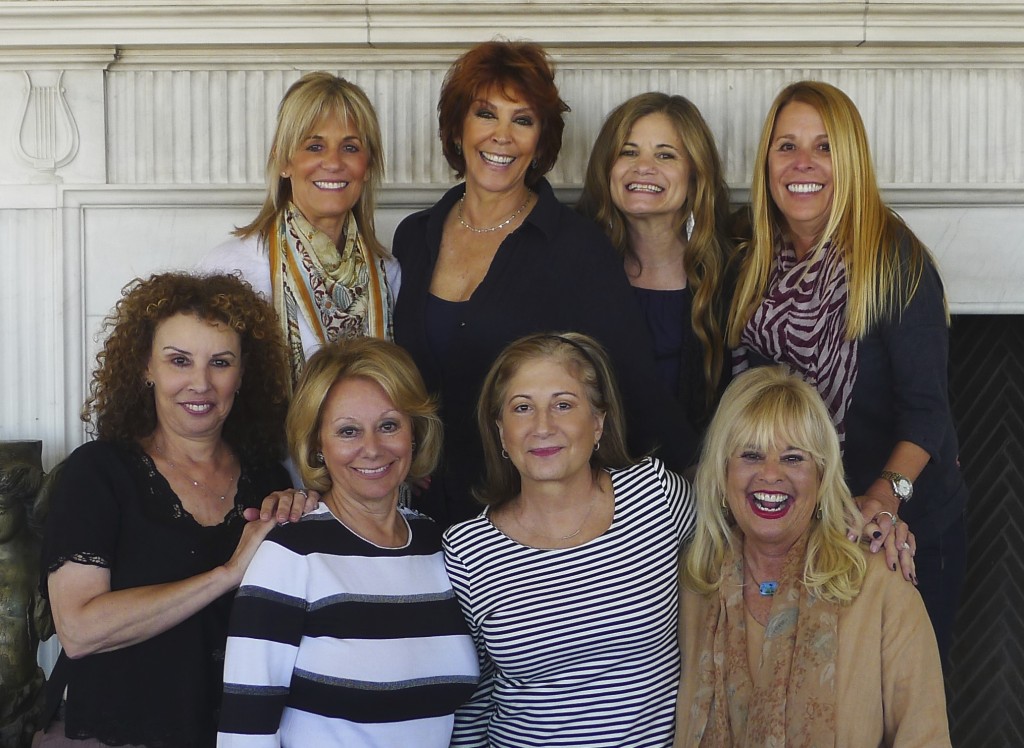 I wish I could show a picture of how they looked together in high school.  But I don’t have one.  Plus it would never have happened.

All 6 girls were in the same graduating class but would never have been in the same picture; or in the same room;  or at the same table in the cafeteria.

Some were BFF’s; others barely had a nodding acquaintance.  Not even nodding in that peculiar hierarchy where you had known someone since  kindergarden but didn’t say hello in the hallway.

And back then,  they didn’t cross those lines.  Now, the lines on their faces make any other lines disappear.

In reality the 6 girls have almost nothing in common as a group.   Except in some ways they have everything in common.  They have a shared history.   And that’s enough.  More than enough.

As women are able to do in nanoseconds, they came together and bonded .  Over brunch.  Because as everyone knows, an essential element of sharing memories, is sharing a meal.

Their faces haven’t changed much; everyone was instantly recognizable.  The far bigger changes are on the inside.

Cliques are long gone; replaced by camaraderie.  Reaching out to old friends in a new way, there was no pretense and no pretension.   Truths were told;  tears were shed;  guts were spilled.   There’s nothing like being with people who knew you when.  The 6 girls got to the heart of what was in their hearts.

Even though they were not in Magic City, it was a magical day.

Every fairy tale has a happy ending; or at least there has to be a moral to the story.   In this case they’re same thing.  And it’s that Magic is not in the place; it’s in the people.

The 6 girls decided to create their own happily ever after by continuing to meet up every month in their new magic city and welcoming new members.

And they will always be Beach Babes, even though the one who actually lives on the beach, says she hasn’t worn a bathing suit since 1974.