You are here: Home / Anything & Everything / keeping track of the tribe

I never thought of Argentina as a Jewish community—-after all, it was a country that sheltered former Nazis who came after the war— Mengele lived here; and Adolph Eichman was captured in Buenos Aires in 1960.

So I was surprised to discover that Jews in Argentina have deep roots and a colorful history—and this is one of the largest Jewish communities in the world.

My father would always visit local synagogues and Jewish neighborhoods when he traveled.    And though I’m not religious or observant as he was, I find that I enjoy doing the same thing; like today when I toured part of “Jewish” Buenos Aires.

When I was a kid, Jewish boys used to dream of being cowboys…..but in real life,  they would grow up and become doctors.

In Argentina,  Jewish boys really WERE cowboys.  Many Jews fled the pogroms in the late 19th century, and wound up working as gauchos— only they didn’t stay long on the pampas.    The requirements of Jewish tribal law are the same all over the world; and so  the sons and grandsons of the Jewish gauchos came to the city, to become doctors.

Among its many accomplishments, the Jewish community of Buenos Aires built beautiful synagogues and I saw two of them:  one Sephardic (Jews of Spanish heritage): 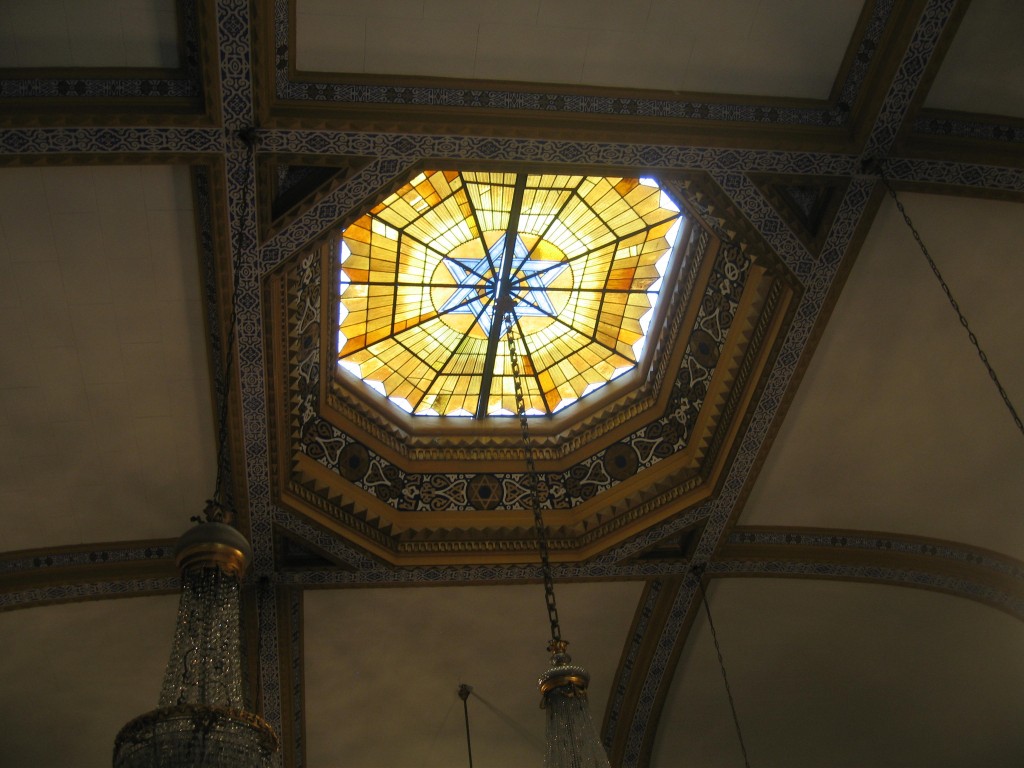 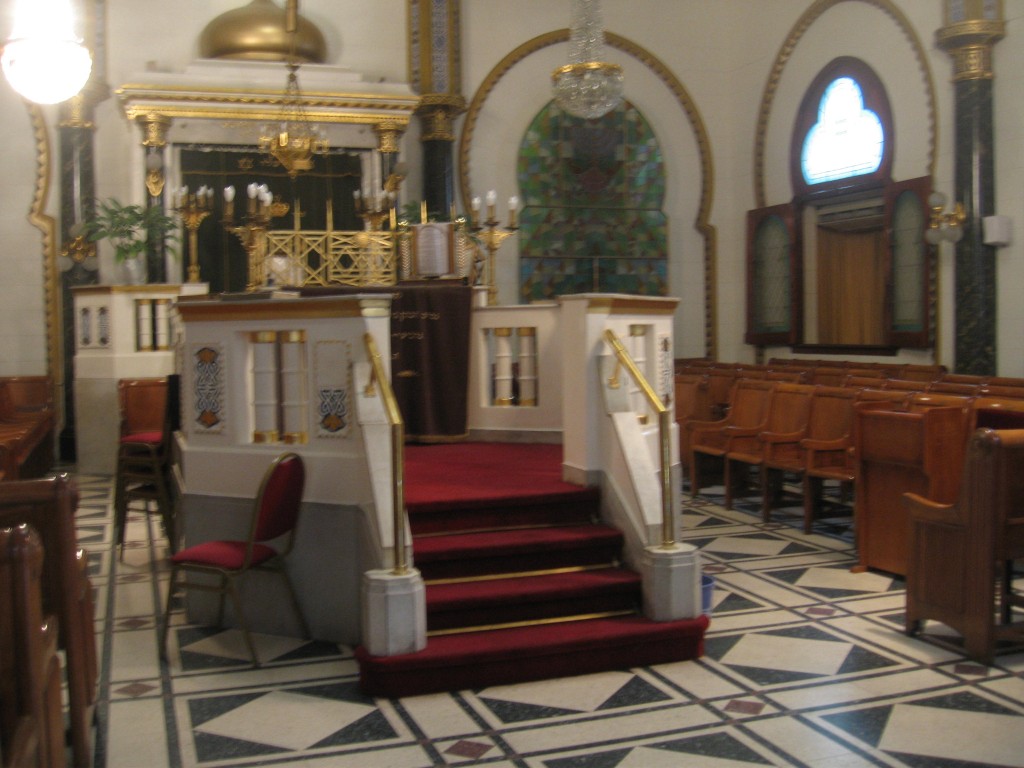 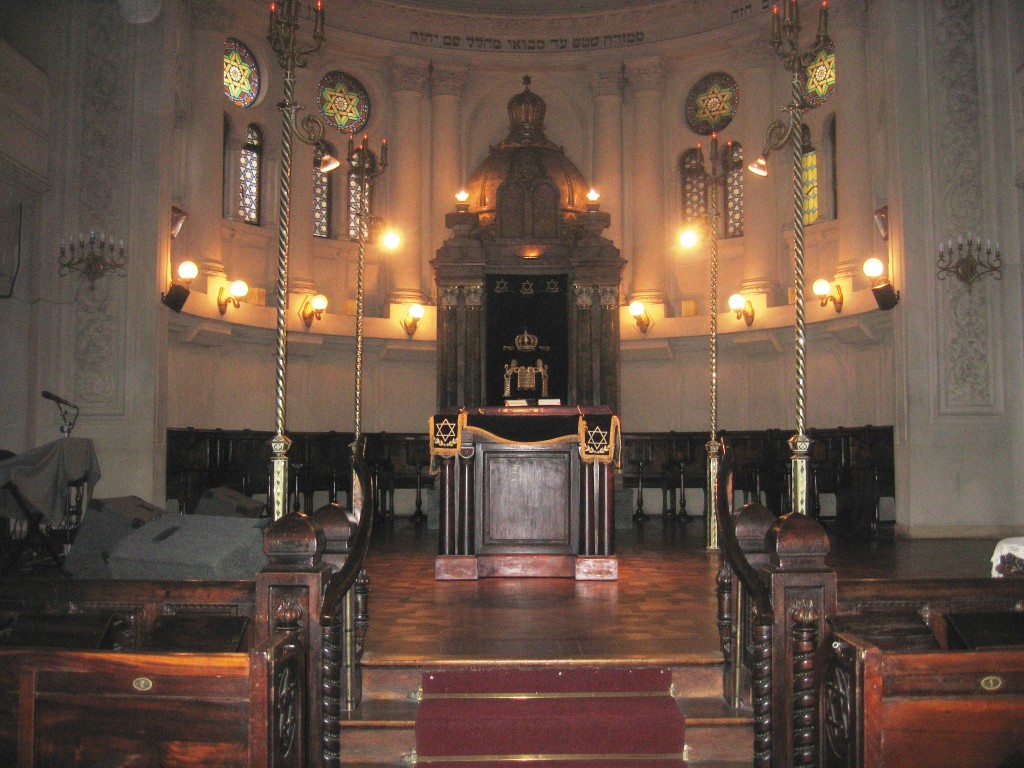 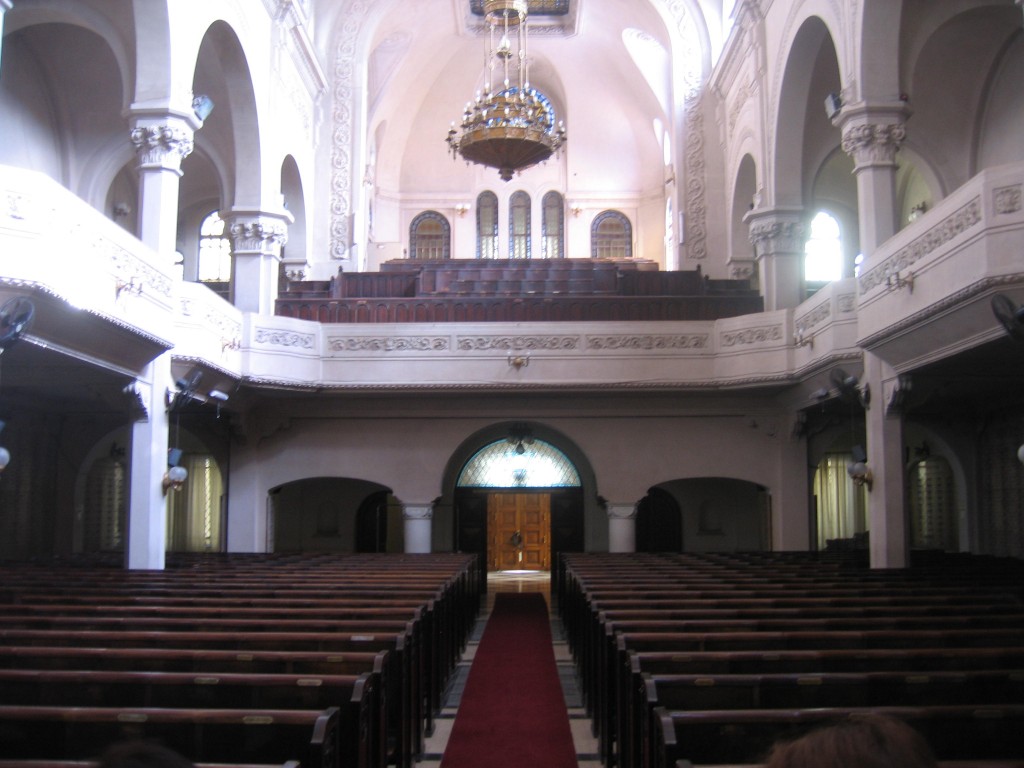 Photographs are permitted inside the synagogue, but not outside; where there are now barricades in front of many Jewish locations to prevent car bombings. 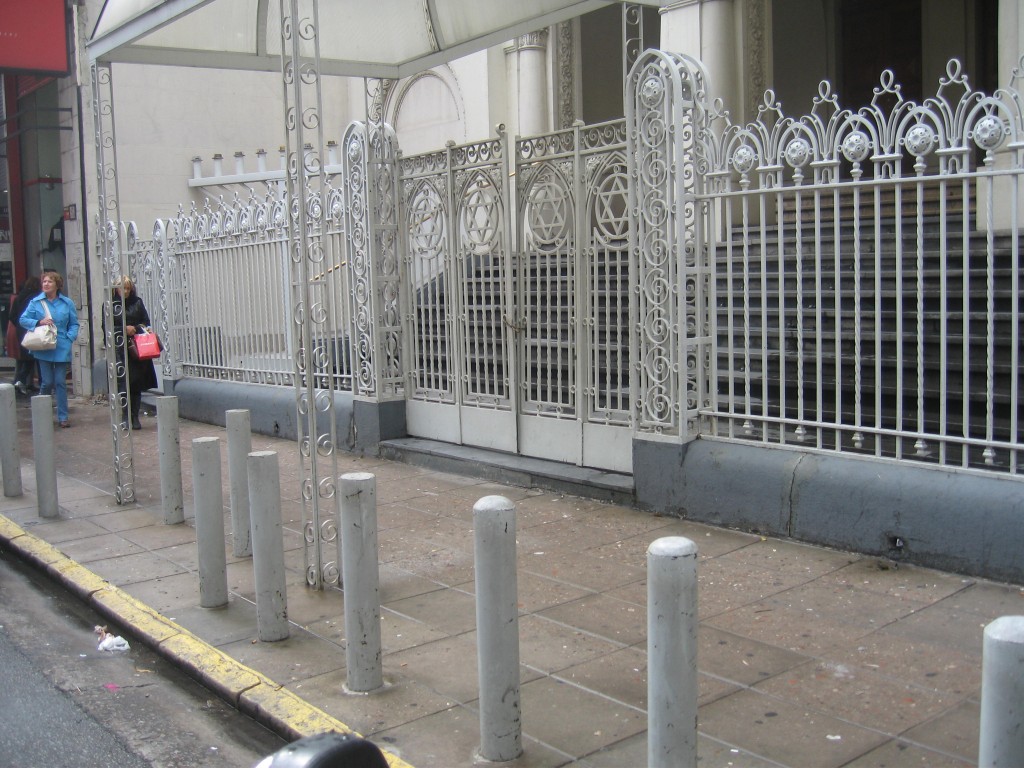 This is a sad result of two terrorist attacks in Buenos Aires during the 1990’s—neither case has ever been solved.

The Argentine government created a beautiful memorial park commemorating an attack on the Israeli embassy in 1992.    22 trees were planted in honor of the 22 victims;  you can still see the remains of the former structure destroyed in the attack. 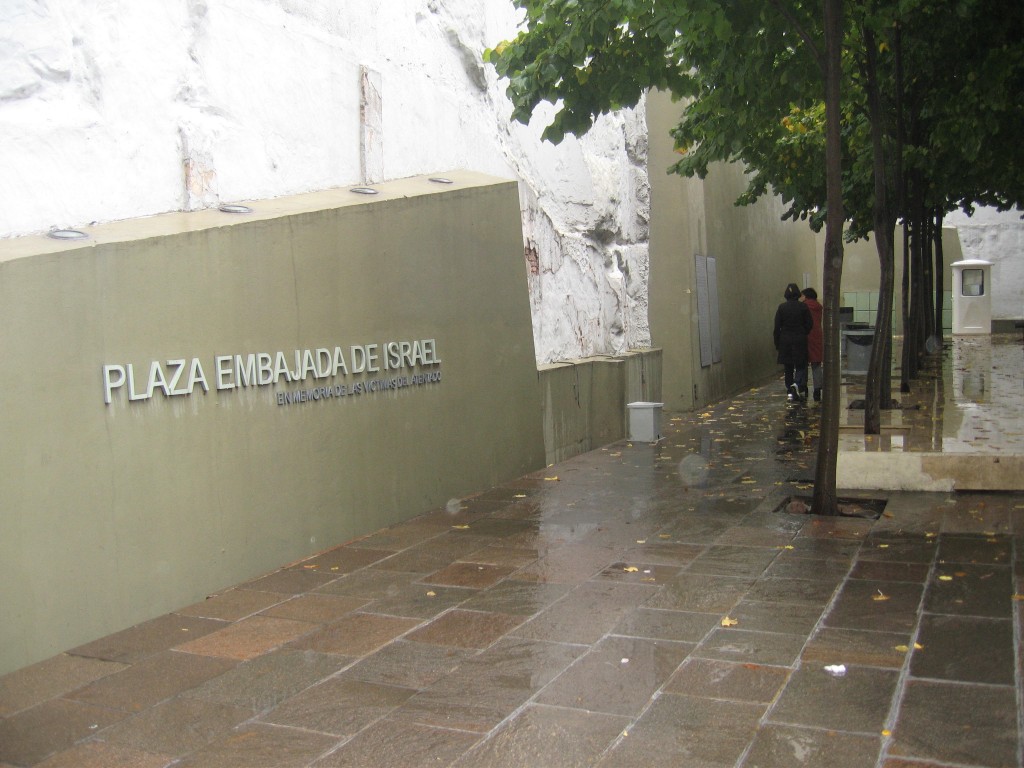 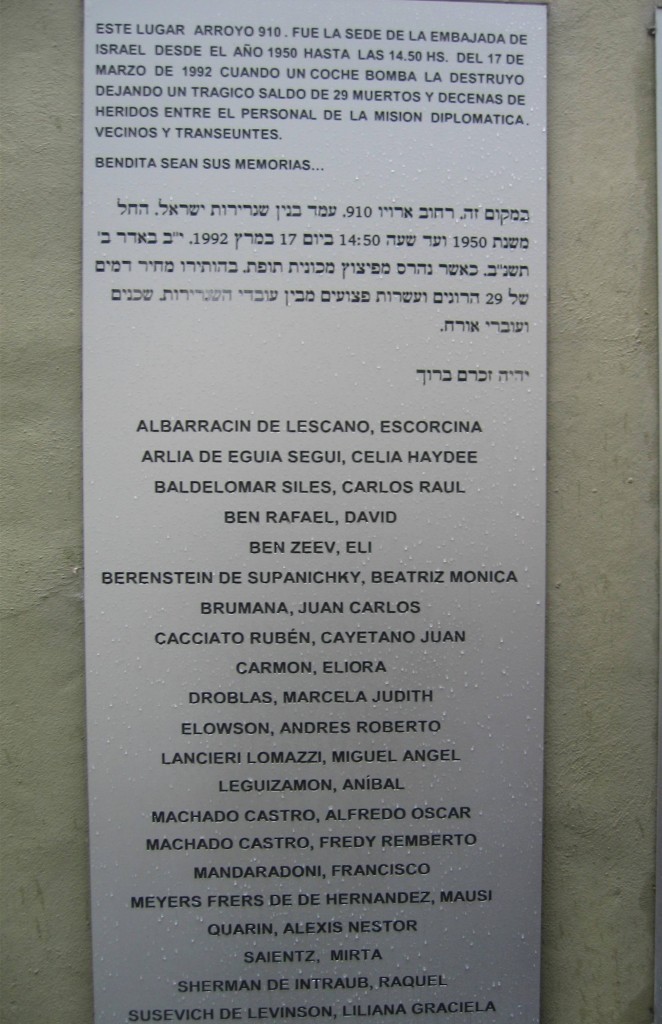 Today Buenos Aires has a  thriving and diverse Jewish population of several hundred thousand.  The city is also home to a Jewish university…..and something even more rare than a Jewish cowboy:   a kosher McDonald’s.