You are here: Home / Anything & Everything / local color

It’s a city within a city—built of crypts and tombs—stony and silent. 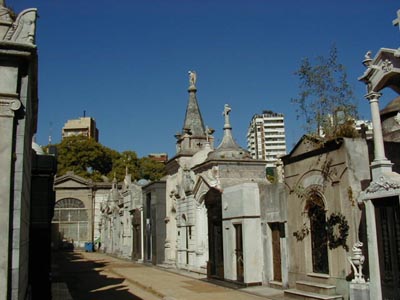 Located on prime real estate in the city’s most exclusive neighborhood — the Beverly Hills of Buenos Aires—- Recoleta Cemetery is a historical Argentine version of Homes of the Hollywood stars. 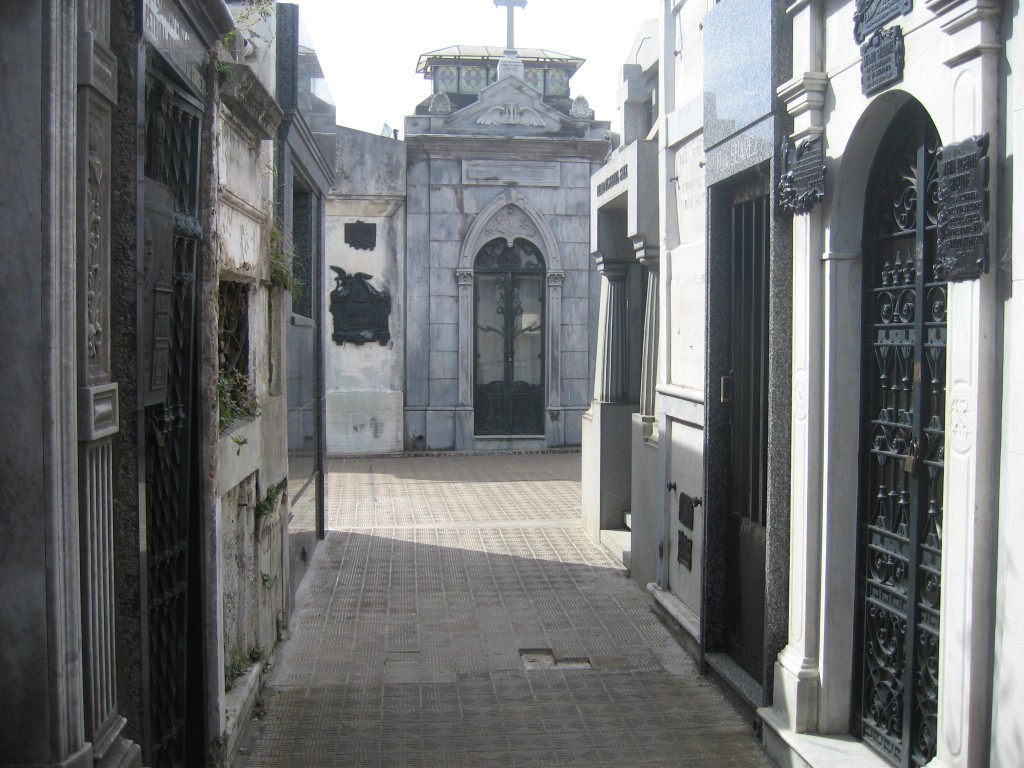 Only there are no vendors holding signs of hawking maps;  not even a little arrow to help direct someone to the tomb of the most famous person from Argentina….the star who matters most to the tourists wandering around this very quiet neighborhood. 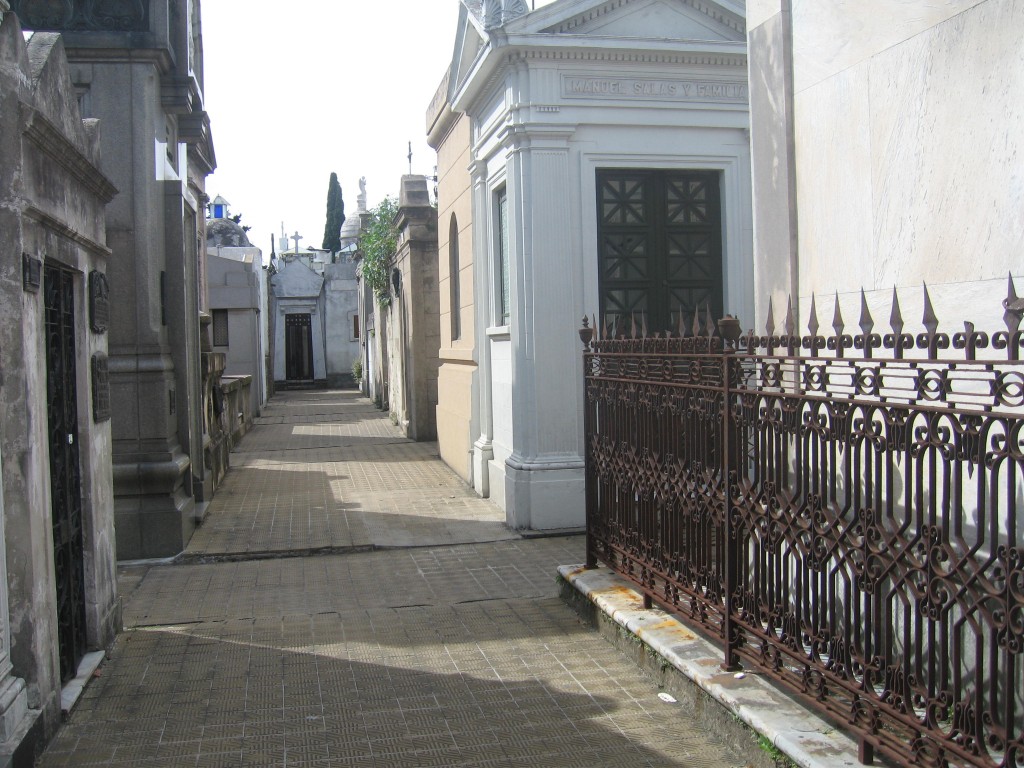 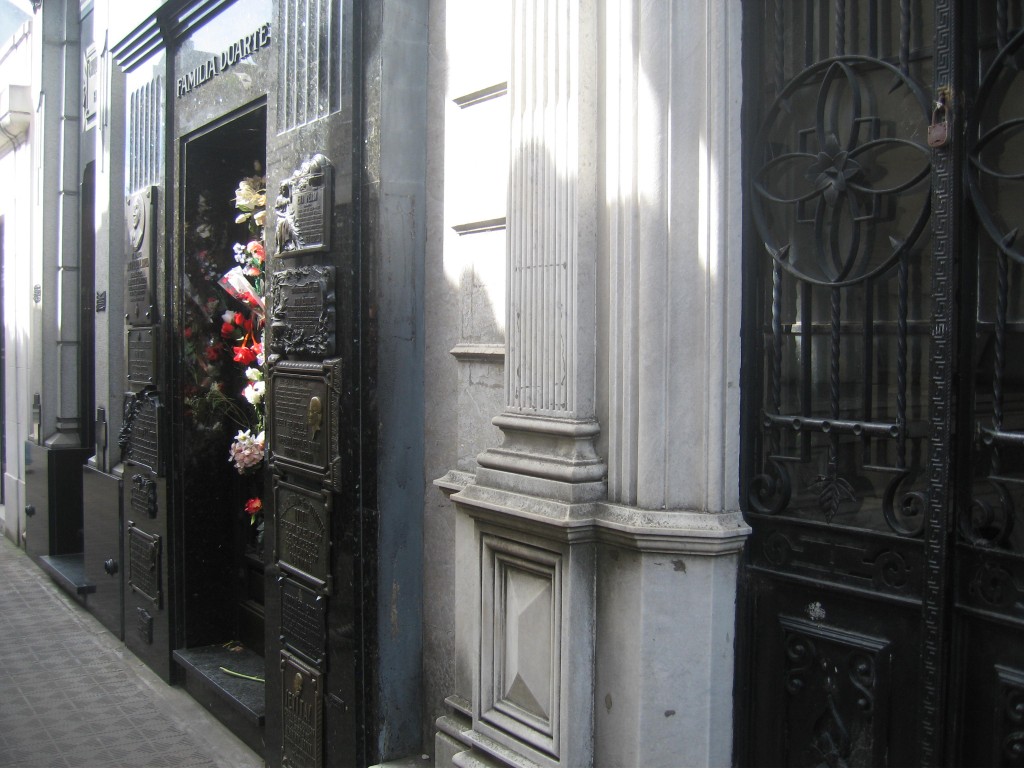 …..resting for eternity in the family tomb —always covered with fresh flowers as it was today. 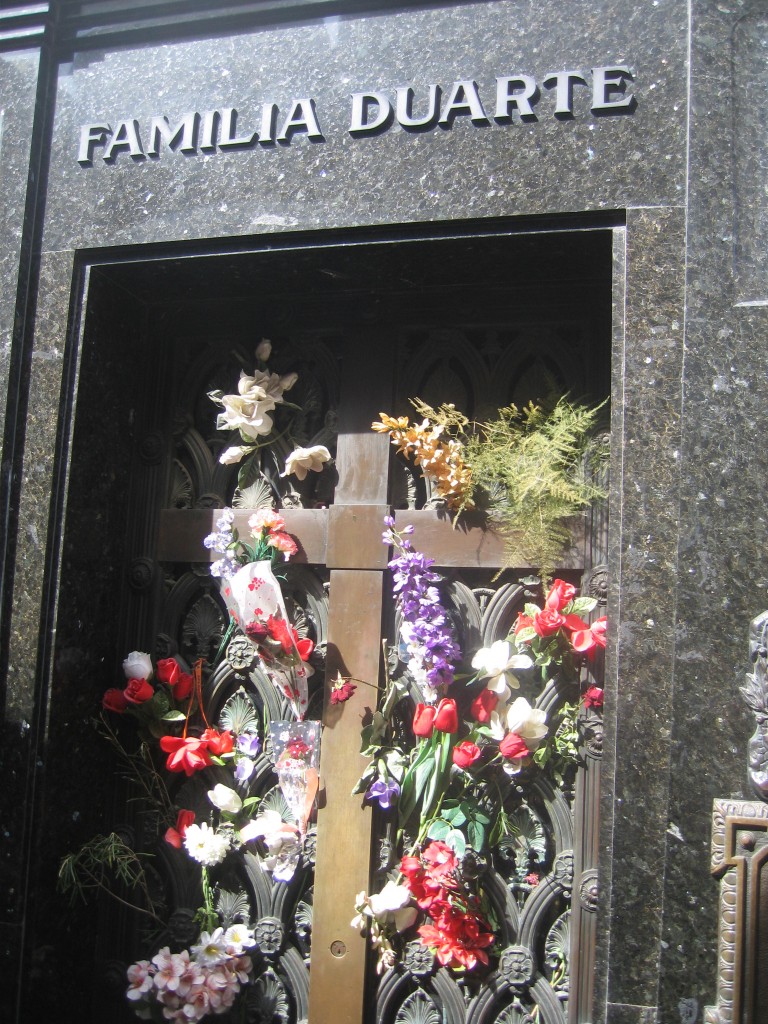 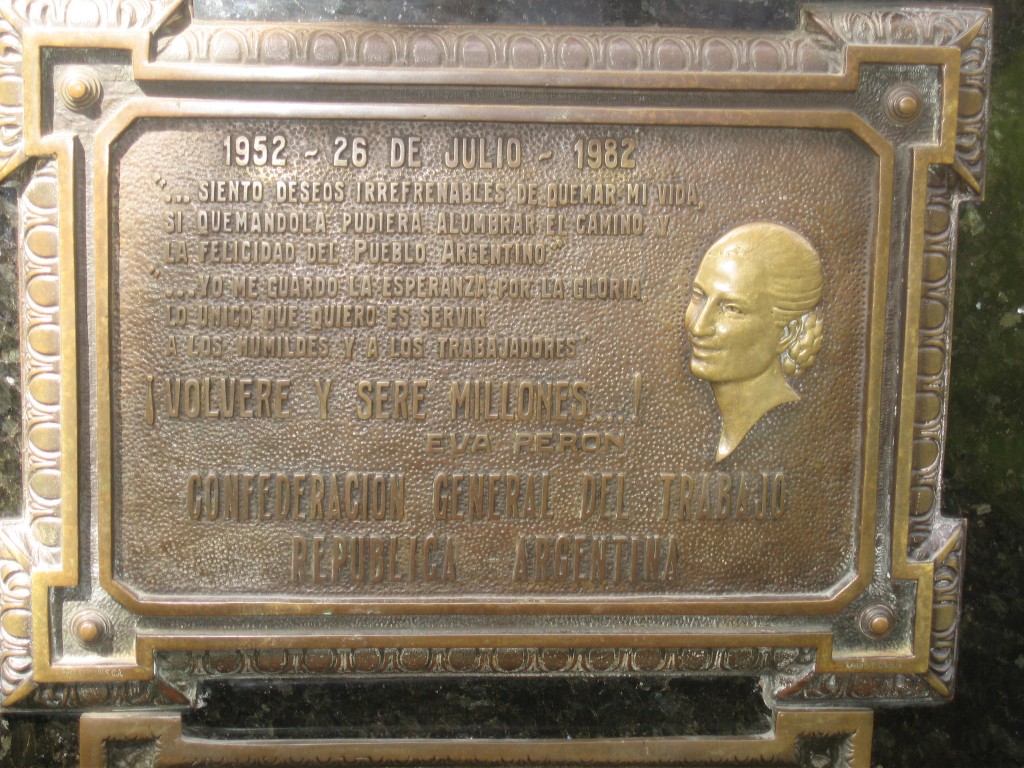 Evita is not buried with Juan Peron.   And her body didn’t arrive here until years after she died.    In fact the drama surrounding Evita’s body after her death almost surpasses the drama while she was alive-— the perfect ending for someone whose story is so much larger than the  33 years of her life.