You are here: Home / Health and Cancer / In the dark

In 2010— it’s both ironic and absurd to think a tan is a sign of health;  when actually it’s the opposite.

Though small amounts of sun help to absorb vitamin D— worship of the sun is proven to be carcinogenic;  especially dangerous to young people;  a timebomb in our bodies that can cause a disease that has grown to epidemic proportions.

Sounds familiar….to anyone old enough to remember  before there were warnings on cigarettes—-back in the Dark Ages.

I was in the dark, too.  I grew up in Miami Beach spending every spare minute in the sun, roasting my skin to a golden tan, helping it along with reflectors and baby oil to deepen the color.  Who knew?

I didn’t see the light until my early 20’s.  That’s when I learned that my mom’s death at 41 had been due to malignant melanoma—the most serious form of skin cancer and one of the most vicious forms of any cancer.    It dawned on me—that my life-style was threatening my life.

Even though I changed my ways,  I was diagnosed with skin cancer before I was 30.  Luckily I had the most common and most curable form— basal cell—it couldn’t even kill me if it wanted to.    But trust me, after rounds two and three— requiring three surgeries on my nose….even the most benign of skin cancers isn’t pretty.

This is a lesson learned every day by  people all over the world.  Such as Julie Pippert, a young mom in Houston,  one of my fellow bloggers for the American Cancer Society’s program called Choose You. As part of her commitment to focus on her own health, Julie visited a doctor last week and was shocked to learn she already has skin cancer. Fortunately, Julie took the right steps—and took them right away.  What I wonder is how many other Julies aren’t choosing their health first and choosing tanning beds instead—despite the evidence that using tanning beds can triple the risk of melanoma.

And don’t try to convince me that a tan is worth it to look pretty; or part of our standard of beauty.  Something is wrong with that picture, if you look at pictures of women who prove the reverse— 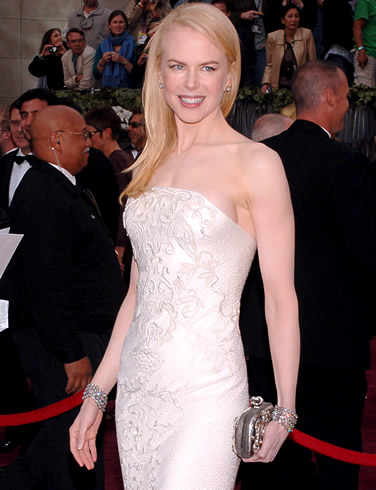 By speaking of beauty, I don’t mean this is a woman’s issue;  it’s obviously not—this particular cancer doesn’t discriminate on the basis of sex.  It’s a risk for everyone, everywhere, every age.   In an effort to increase sun  awareness at the official beginning of summer,  the Friday before Memorial Day has been designated  No Fry Day.

In my opinion, every day should be No Fry day.  Because every day the sun comes up, the danger is there—and it’s not fading.  Confounding the issue is a recent study that implies many sunblocks are not effective, and that a chemical found in sunblocks can cause skin cancer to spread.   The study raises valid questions.   (This post answers some of them)   Clearly there’s a pressing need for more study— we’re a long way from knowing all we need to know about skin cancer.   But whether or not we have answers to questions about sunblock—-whether or not some people don’t believe global warming is real —-there is no mystery about this:  skin cancer is serious; and it’s skyrocketing.   And to me, the only mystery is why anyone would choose to remain in the dark.