You are here: Home / Nostalgia / the simple stuff that sticks

I’m visiting friends who live a few hours away—which brings back the sights and smells of other summers when my kids were small.

Before  I knew we’d ever relocate to Carmel, my kids and I spent a couple summers down the coast near San Luis Obispo.   For city folks, this was our first introduction to small town living.   There wasn’t much traffic; or anything else we were used to—and as a mom, I discovered small towns can be a window into the simpler pleasures of life. 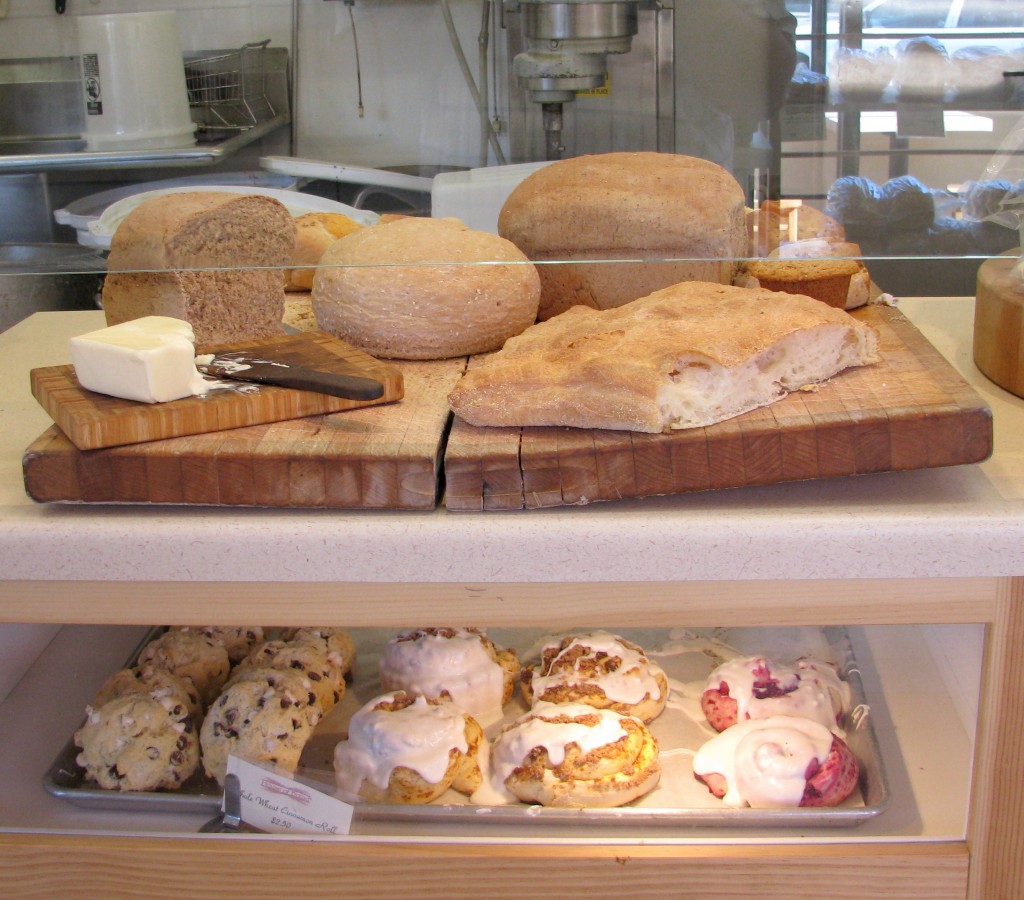 We spent so much time (and money) at the House of Bread I wanted to start a franchise when we went back to Los Angeles.

15 years later, there are some franchises—in places as far as Wasilla, Alaska.  (don’t  get me started)

Besides expanding locations, they’ve also expanded the varieties of bread—and they even give free samples.

I’ll just say in 15 years I never met a bread I didn’t like.

But the best bang for the buck can be bought for the price of a pack of gum.

Especially when you’re the mom of a 4-year- old and an 8- year- old who can be entertained just looking at a wall.

By the way, this isn’t wallpaper. 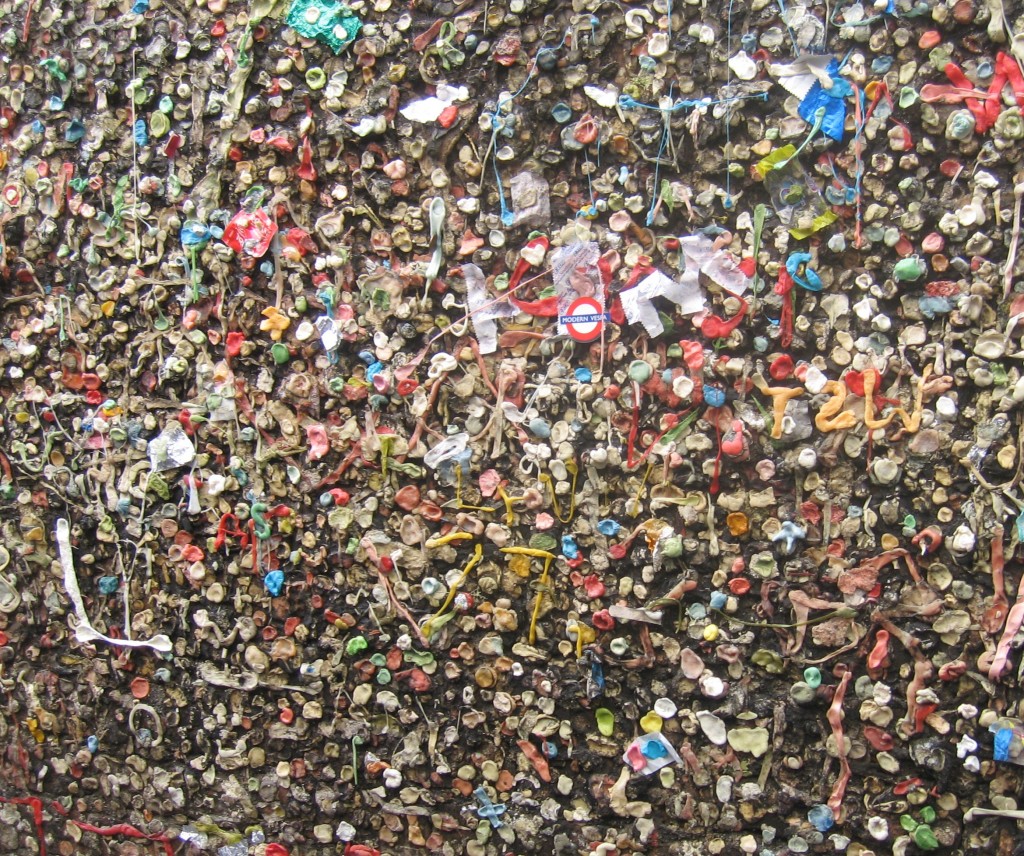 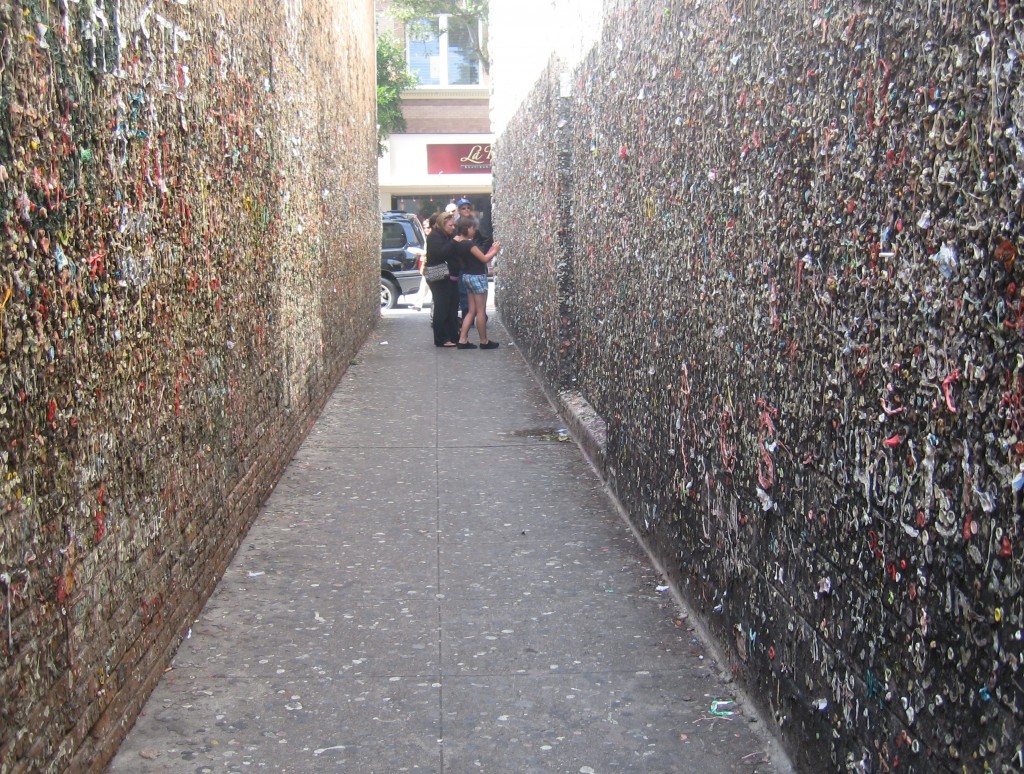 The walls of this entire alleyway—-both sides—are completely covered in gum….that’s been chewed and left for posterity. 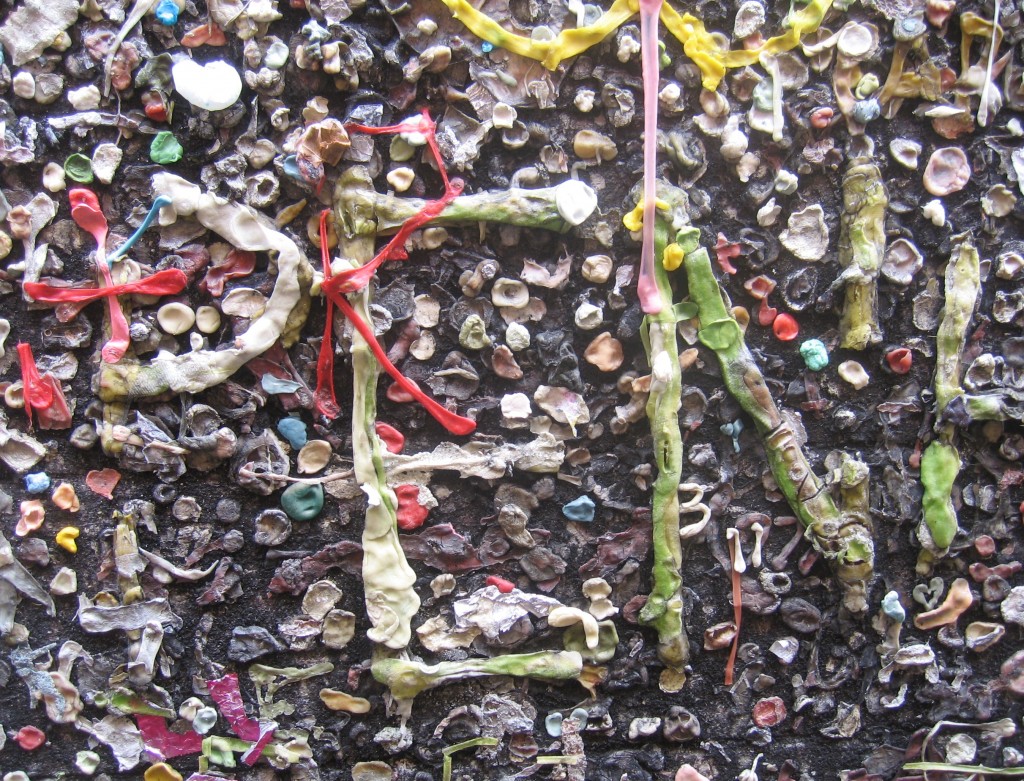 I have no idea how this local attraction got started–or why—-or why I decided to post this.  Maybe I’m  stuck in the past.