You are here: Home / Anything & Everything / Can you hear The Watchman's Rattle?

Hundreds of years ago, ordinary citizens were the watchmen who protected and patrolled their communities, on alert for early signs of danger.  Instead of weapons, they carried wooden rattles that made a loud, harsh, clacking noise—an alarm designed to wake the citizens from their sleep. 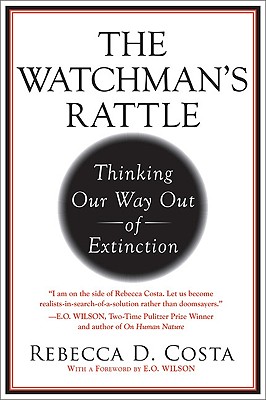 The rattle was barely audible when I first heard it more than a year ago.   It was still faint when I wrote about it last fall on the Huffington Post;  I called it The Next Big Think.

As predicted…. (and isn’t it annoying when people say I told you so?) The Watchman’s Rattle is already starting to wake people up—even before its official publication date October 12.

In addition to the Nobel Prize winners and scientific geniuses who have already come forward  praising the book— are Temple Grandin and Donald Trump.    When you think about how completely different all these people are from each other—you realize this has to be an extraordinary book.

And it is an extraordinary book.  Really, it’s a global wake-up call.

Her theory is that our brains cannot evolve fast enough to solve the complex problems we’re facing— terrorism, economic crisis, global warming, crime.    Those are problems on a global scale;  but the book is filled with examples  we all face in our every day lives.   In order to avoid the collapse of our civilization,  Rebecca presents ways that we can learn to think our way out of extinction.

That sounds like pretty intense reading, especially since Rebecca’s evidence comes from science and history.  But don’t be intimidated— the book is written for a mass audience, it’s  easy to understand.   In fact, it makes so much sense, you’ll wonder why you haven’t heard this before.   That a first time-author could capture the attention of the scientific, political and business communities—is just one of the surprises in Rebecca’s story.

Meanwhile she was surprised, too— by some friends who threw her a book party the other night, before she leaves Carmel for the big time. 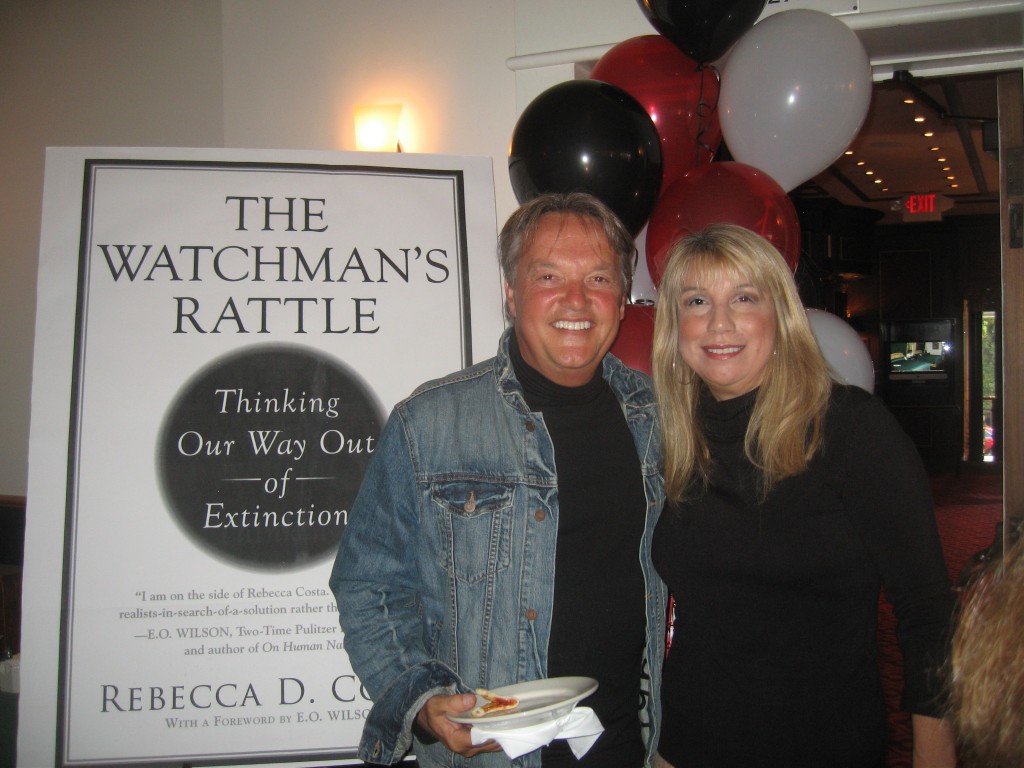 The party’s just starting for Rebecca.   If you want a preview,  you can preorder the book on Amazon or check out Rebecca’s website to learn more and watch her videos.  In the latest video you might recognize the interviewer (behind the hair).  It’s been a lot of years since I was on the other side of an interview.

I’m sure you’ll see more interviews with Rebecca Costa in the near future.  Just listen for the rattle.