You are here: Home / Art / Anna Nicole Smith and the Breasts that Shook the World

Everything I read about her reminds me of the day I met her….very memorably in the middle of nowhere.
And though you wouldn’t think someone like me would have anything in common with her—we actually did.

There’s my son, first of all. That’s him, a moment a teenage boy could never forget. 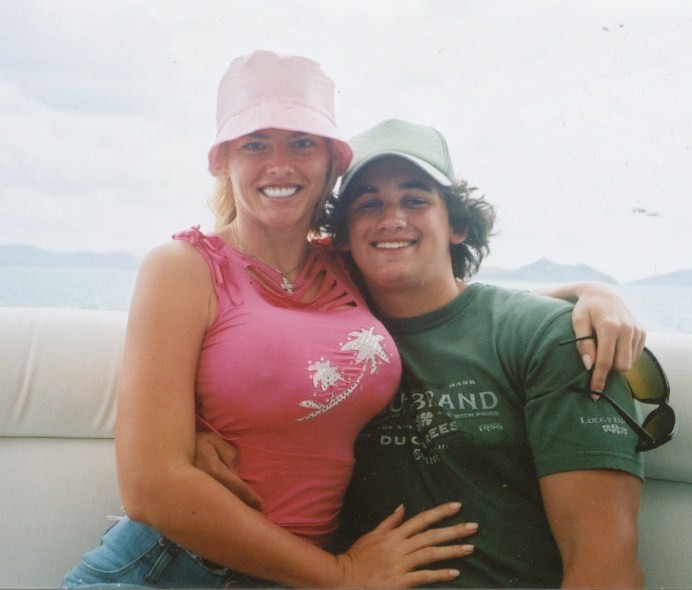 We were in Australia, at a remote resort in the Whitsunday Islands near the Great Barrier Reef, when we saw her on the beach one day. With no makeup, relaxing on a lounge, she looked so fragile and young and natural that I told my son it couldn’t possibly be Anna Nicole Smith.

The next day we found ourselves with her on a yacht, returning us to the airport and civilization. She was with her entourage, including Howard K. Stern, the video crew shooting her reality show (which I’ve never seen), and another guy whose identity I learned  later.

( After she died,  reading all the hoopla over who was the baby daddy, I went back to look at our vacation pictures.  I had never seen a picture of her with Larry Birkhead; but it turned out I had one—that’s him next to her). 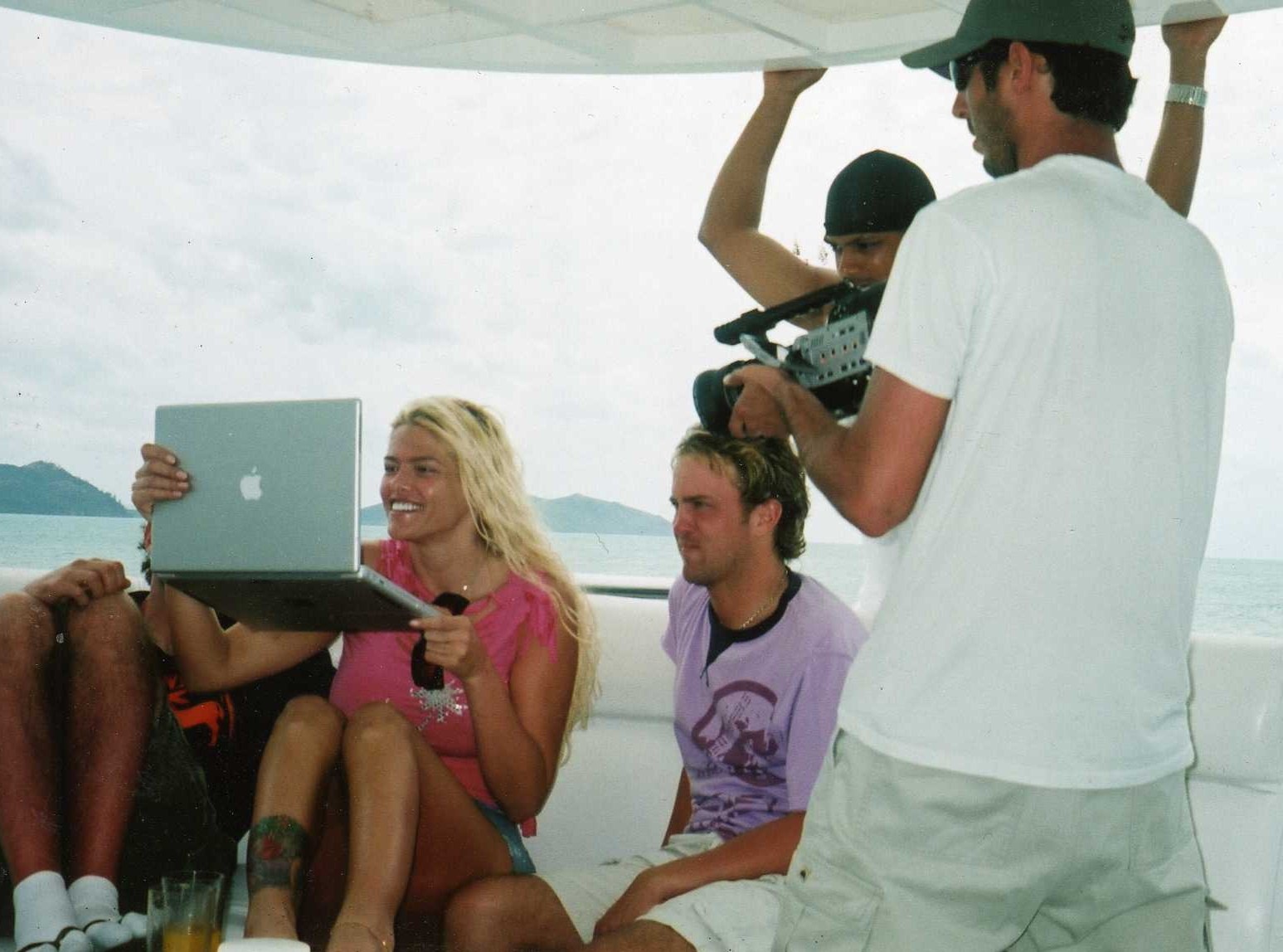 If it wasn’t surreal enough to meet her in the middle of the Pacific Ocean, what she’s doing in this picture is equally surreal. On her computer, she’s watching the video of my son and me skydiving in New Zealand, which we’d done a few days earlier. She jumped all over it, and decided on the spot that’s where she was going next. I hope maybe she really did.

Looking back, what strikes me most is how poignant this memory seems. Back then, before the world knew the sad details about her life, all I knew was the grotesque public persona. Up close on the water, I could even see common ground with a woman like me; we both had sons named Daniel, her face lit up when she talked on her cellphone to her son (and her dog) back in Los Angeles. You could easily forget what she was known for—if you didn’t look at her chest. Although how could you not?

And that’s the last thing we had in common—that our breasts had rocked our worlds—in very different ways.

Hers—I don’t need to explain. Mine–by incubating cancer and threatening my existence. The irony is, though I was the one with the life-threatening disease, I’m alive, while Anna Nicole wound up with a tragic early death.

I think of her as an extreme example that’s sadly representative of what’s so wrong with our culture. Also ironically, my lack of breasts led me to create Boobalas,  designed to send a message to women: that unlike Anna Nicole Smith, our breasts and bodies should not define who we are.  And having breasts shake your world isn’t always such a good thing.