You are here: Home / Art / The Appli-cation of Inspiration

It’s right outside our bedroom window but for the first two years we lived in our house I had no idea it was there.

Like Isaac Newton, I practically had to be hit on the head to discover there were apples in one of our trees.    Not just apples; hundreds of them,  many already dropping to the ground. 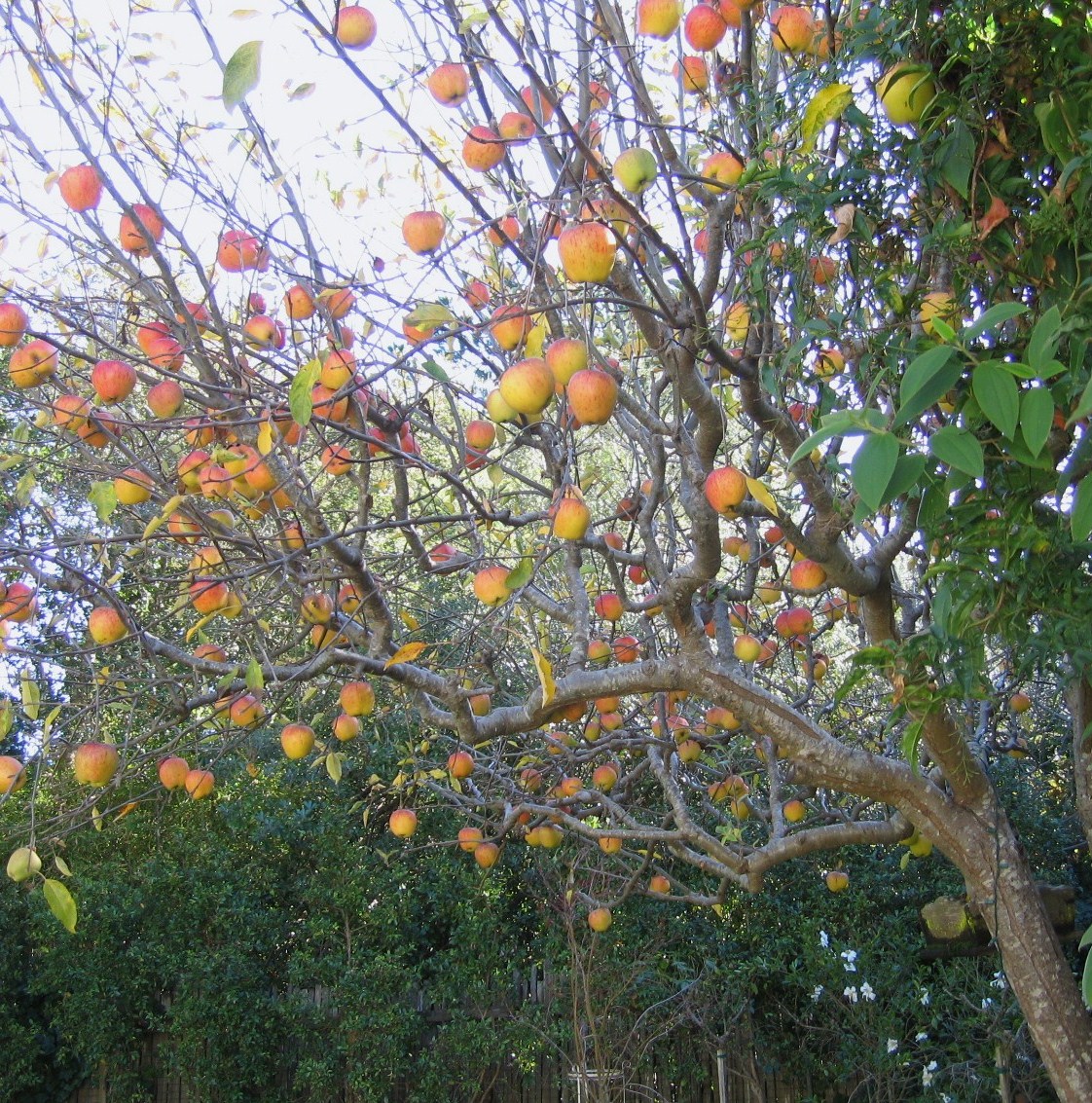 I would have probably noticed sooner if I spent any time gardening.  I’m hopeless; even my  friendship with Myra Goodman of Earthbound Farm hasn’t rubbed off on me.  The fastest way to kiss off any growing thing, other than children, is to put it in my care.  By now I’ve accepted this deficit of nature.  But an apple tree is just my speed, all I had to do is pick them.

So I did.  That year I ate way more than an apple a day,  gave bags to everyone who came in the house,  made apple sauce, and I was even inspired to make the first homemade apple pie of my life.  Actually I made nine of them, but who’s counting?

Last year we didn’t have such a bumper crop but I still found inspiration in the apples.  This time my project wasn’t edible; instead I did something I do as rarely as  making a pie…..

This year maybe due to weird weather, the apples showed up later than usual; and they’re out there again, ready to be picked.  Only I’m waiting, looking for a new way to appl-y the inspiration.  Suggestions accepted—especially if you have a way to combine apples with chocolate.