You are here: Home / Anything & Everything / A house is not a home

I sometimes get attached to other people’s houses.  Sometimes people I don’t even know.   When I was a kid we drove an hour every Sunday to see my grandparents;  I spent the time both ways waiting to see certain houses.  This wasn’t an early appreciation for architecture;  the main attraction was two stories, since we lived in a one-story house.  Living in Los Angeles, I had my favorites too, especially one gi-normous Spanish house on Sunset Boulevard in Beverly Hills.

Here in Carmel, lots of my favorite houses have names—typically they’re whimsical, clever and cutesy.  Today I went by one with a less creative name—that still pulls me the most. 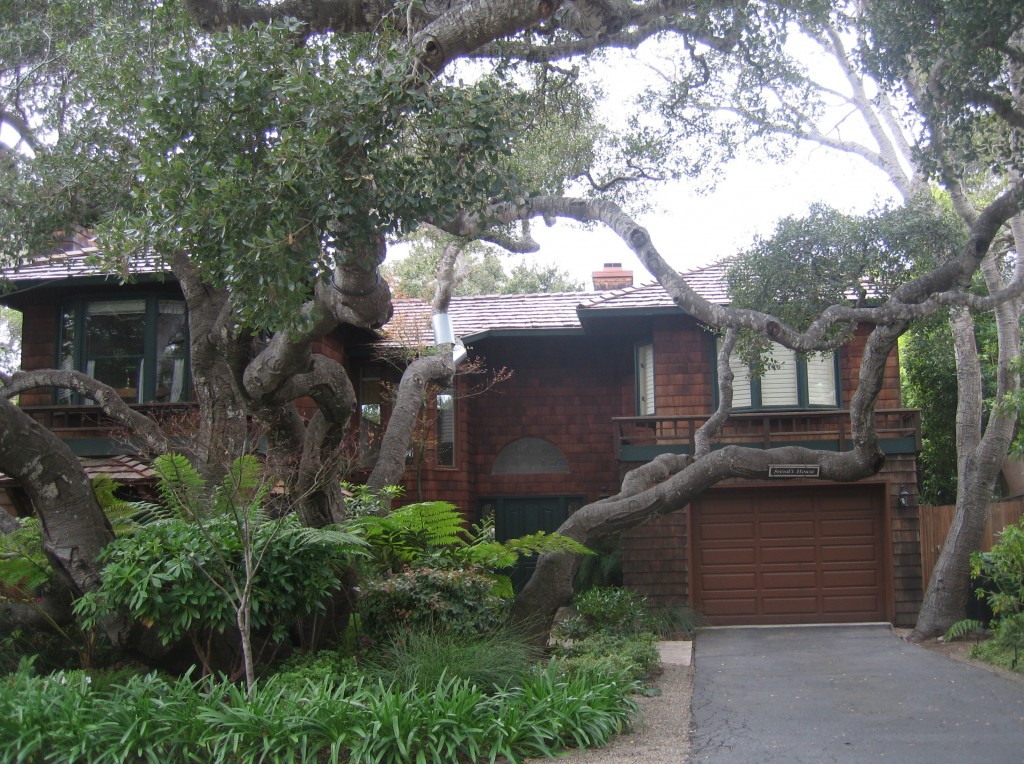 I don’t know Svend but obviously it’s his house since his name is on that amazing oak tree out front.  (sorry for the lack of focus) 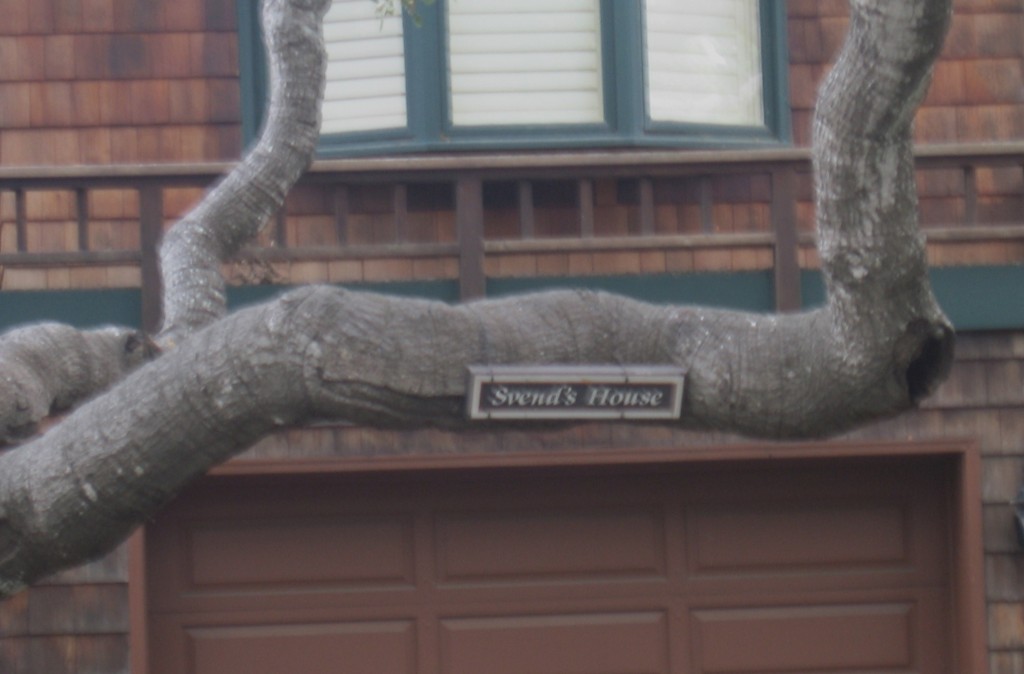 In the years before Svend nailed his name on that branch, something else was attached to it, almost as permanently as the sign—-a little boy.

He was 6 when we moved in.  He had no friends in the neighborhood, there was no yard or place to play, but I figured we’d be fine renting it for a few months while we got settled in a new community.  We didn’t even have our own furniture; and though I tried to make it feel like home, I’m not sure I ever did.

The landlord turned out to be a lot more cooperative than my own body.  Pretty soon I had cancer, and we ended up staying for 3 years.  And while Daniel spent a lot of time in that tree, I spent a lot more time inside that house than I ever imagined.

It wasn’t just that cancer was something foreign in my body; something always felt foreign about that house.   And though the owners offered us a great price to buy it, we passed—it was a great deal financially— not so great emotionally.   Since then we moved twice, into houses without any baggage.

When I see Svend’s house now, it’s just that:  Svend’s house. I left nothing of myself there,  I think my memories moved out with the moving van.

When I think about the many places I’ve lived in, I feel a strong attachment to surprisingly few—almost less than those houses I loved without ever setting foot in them.  I sometimes wonder how other people feel about houses left behind, and how to describe that intangible something that makes you feel you belong.   I’ve never named a house, but the other day I saw one whose owners have the right idea: 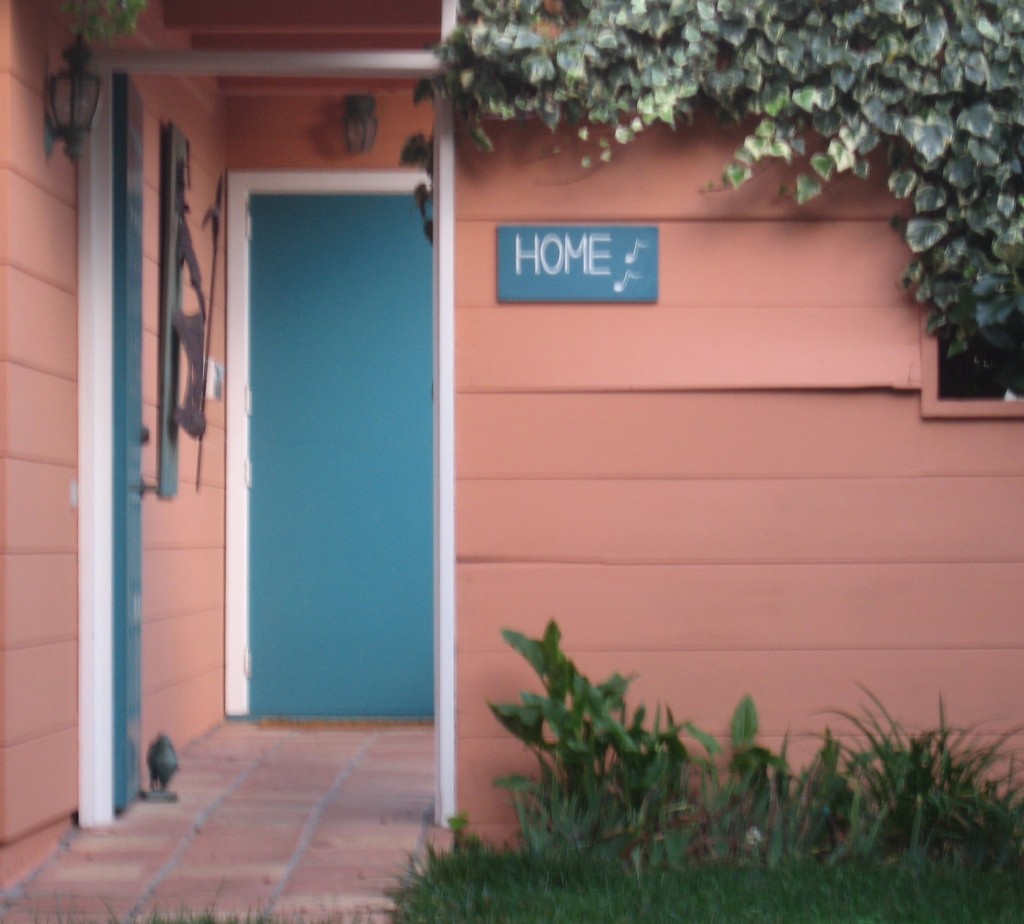