You are here: Home / Parenting & Family / Pomp and Circumstance

Pomp:  Nothing new there.  Same song.  Same outfits.  Same speeches.  The bigger changes are in Circumstance.

Daniel’s graduation ceremony is broadcast live on the university’s website.  In the beautiful Kohl Center, everyone around me  is absorbed.  Most are not looking up— at the stage or the video monitors.  They’re looking down– at their cellphones.

I’m guilty involved, too.   I send absent family members a video of Daniel’s walk across the stage almost before he gets back to his seat.  As I listen to the speech by University Chancellor Biddy Martin, I send out a message on Twitter.  I’ve never met her; but soon after she leaves the podium, the Chancellor sends me a retweet back.

That sums up SOME of the changes since I graduated college—not to mention the cost ($5000 for a year at Yale including room and board).

This month I get close-up college views—first in Madison, then at Alli’s graduation, then at my own upcoming reunion.   I’m trying to imagine the Yale President of my day, Kingman Brewster, on Twitter.

Amazing…how circumstances change— seemingly overnight.  Not only on the campuses— also in our children.

Daniel, a jock in high school, was noticeable at his high school graduation—wearing the lei I made out of bagels. 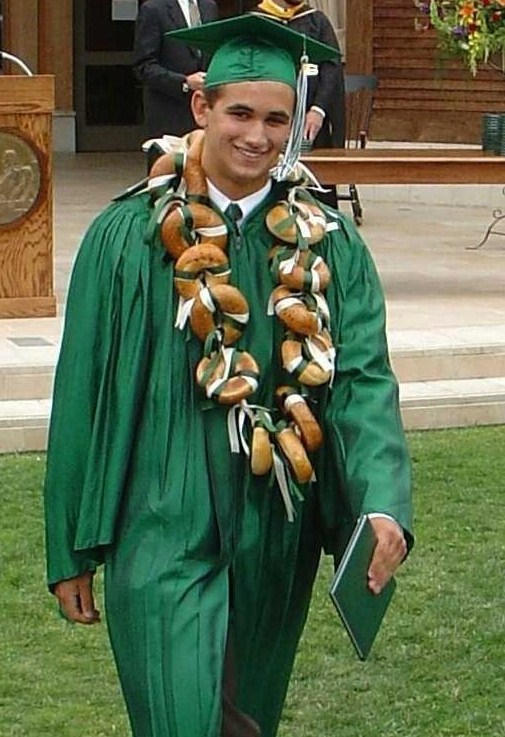 His transformation into a serious student was also noticeable.   Four years later,  the trimming with his cap and gown was less artistic and more academic — for graduating with distinction and membership in Phi Beta Kappa.  (Can you blame me for bragging?)

There are even bigger changes in Alli, who’s graduating in a few days. 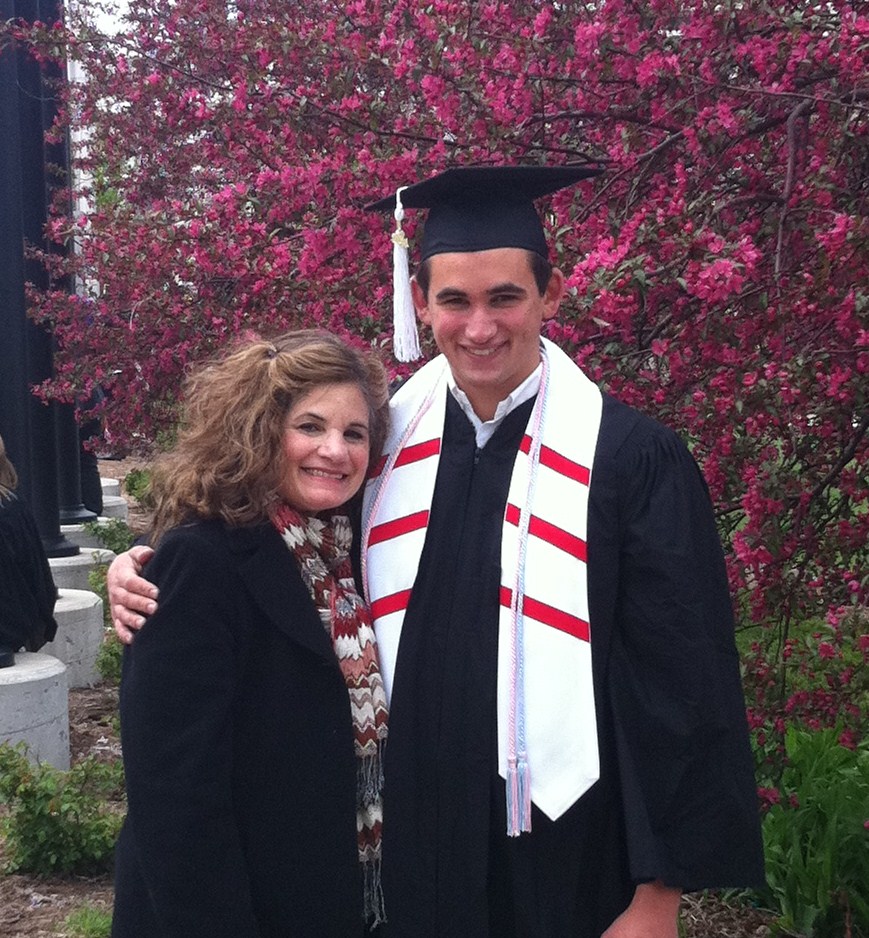