You are here: Home / Anything & Everything / Motherhood and destiny

Females are built for motherhood. It’s the central fact of women’s existence since the dawn of time. Motherhood is at the core of how women are defined–by ourselves and society. Yet increasingly, it’s not the case for  many of us—according to the latest census, almost 46 % of women up to age 44 are childless. And despite  scientific advances in fertility and wider  opportunities for adoption, increasing numbers of childless women are the result of choice or circumstances.
Even the word “childless” makes me cringe a little; it sounds  as if women without children are “less”, missing something, empty rather than full.   And the truth is that’s how I’ve come to feel since becoming a mother myself—that I would have been missing out.
I experience so much of life through the filter of motherhood that sometimes I forget how I felt being a woman and NOT a mother. 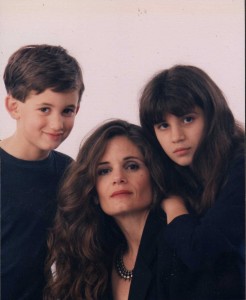 Which is all pretty ironic, looking back. I never dreamed of having babies, never expected to have them, never felt maternal before I had children.  I would never have guessed it would become my highest priority, my most important job, even my destiny.  If someone asks me to identify myself, being a mother is the first thing I think, whether or not it’s the first thing I say.
Since I came so close to not having kids,  sometimes I think about what life might have been like without them. Which is why it was so poignant to read a recent post expressing the reverse.

It’s written by Melanie Notkin, founder of Savvy Auntie, who always wanted and assumed she would be a mom. At 42, she’s seeing her odds of having that fairy tale with a husband and children becoming more unlikely.

I hope you’ll read Melanie’s post, if only to understand how it feels from the other side.   What touches me most is how NOT being a mom has inspired her to spin her life in a different direction.

I’m not childless, I’m child-full. I’m not a mother but I am maternal…to the women who are on the other side of hope, know that you are more powerful than your womb. You are maternal whether or not maternity ever comes.

Today’s “savvy auntie” couldn’t be further from the “old maid” of our childhood.  Melanie has invented and built a movement based on these enormous social changes—and the fact that it still takes a village to raise a child.

How lucky we are that the Melanies of this world are part of our global village—and all of our lives.