You are here: Home / Health and Cancer / The wedding curse 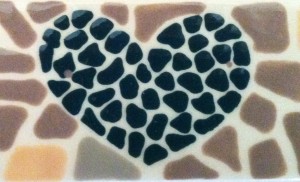 We were married 17 years ago today—but we’re not celebrating.

Flashback to 1994.  It’s my second marriage—a small wedding on short notice—and it involves complicated logistics— work, two sets of kids, and me relocating from Los Angeles to Carmel.  To settle my kids before starting a new school, we settle on July 17—telling family and a few friends who make plans to come.

Focused on the kids and the move, I leave wedding details for the last minute.  Such as someone to marry us.

17 years ago, most rabbis won’t perform mixed marriages.  This includes the rabbi at the one temple in my new community, who isn’t willing to marry me to V, who is not Jewish. I manage to locate a free-lance rabbi, who agrees.

And then I tell her the date.  There’s a long pause over the phone.  And she tells me that according to that year’s Jewish calendar, I picked a particularly ill-omened date—a disastrous day in history for Jews.   She won’t marry us that day, she says no other rabbi will marry us that day—and she warns me : do not get married on July 17.

The rabbi’s warning washes out of my brain like the waves washing against the rocks in Pebble Beach, where we get married by a local judge on July 17.

The traditional first year anniversary gift is paper.   And appropriately, I get paper on our first anniversary—only it doesn’t come from my husband.  The paper comes from my breast surgeon— who hands me the pathology report from my mastectomy a few days ago, and it’s bad news.  Cancer has spread all through my breast to my chest wall and four of my lymph nodes.

We drag ourselves out of his office wondering what there is to celebrate on this day, our first anniversary.  That night is spent as we planned,  without kids in a fancy hotel.  Only we didn’t plan on the bad prognosis, my missing breast, drains coming out of my body and the upcoming year of treatment—more surgery, chemo and radiation.

And now I remember the rabbi and her warning about the date.

I could chalk it up to coincidence– if the bad karma ended there.  Most importantly I did survive cancer.  But the first few years of our union bring a string of other problems.  Bad things keep coming—like a broken record from the universe.  And I replay the rabbi’s warning over and over, in my head, and out loud—to the consternation of my no- longer- new husband.  “I should have listened.  God is punishing us.”

I’m not religious; but I’m reeling—and I can’t shake the feeling that a curse is hanging over our marriage.

V isn’t superstitious; but he’s supportive.  And he’s willing to do anything I suggest that will stop me from driving him crazy agonizing.

I feel helpless; powerless; a victim of the universe.

But if there is anything I learned from fighting cancer, it’s the importance of NOT feeling helpless, NOT feeling like a victim.  My journey with cancer was the first time in my life I learned to appreciate—and seize my own power.

So I figure I can somehow apply that lesson to our marriage.  It seems simple enough—all I need to do is change the course of history.  (Or at least change my perspective and attitude toward history.)

We had just moved to a new house; it felt like the right time for a fresh start.  This time I officially check out the Hebrew calendar first.  We settle on a date (July 25), and then settle on the couch in our new home to say our own short simple vows, all by ourselves.  No guests, no rabbi,  no fuss, no party—(though I’m sure I ate some chocolate to celebrate.)

We can’t wipe out the past 10 years, but we wipe out the date.  I even stop wearing my wedding band with the old date inscribed (well worth the loss since the investment in the old band, including inscription, was under $100.)  I get a new ring—for only slightly more money.

And that’s it.  Only  this time the universe is on our side.

Honestly, from that moment, our karma shifted into a positive direction.  I’m still not religious; so I’m not sure what to believe.  That God exists?  That the universe likes playing jokes?

Personally I believe it proves the power of the mind and our power to adapt.

We chose our “new” wedding date  7 years ago.  And though we don’t consider July 17 our anniversary, even on that day I have something to celebrate— I picked the wrong day, but at least I picked the right person.