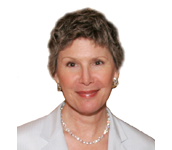 How do you know when you first meet someone that they will become your friend for life?  I certainly had no idea when I first met Carol Hatton.

Initially we connected because she reached out her hand.   Who knew it would be our breasts that would connect us for life.

What drew Carol to me was my struggle against breast cancer—she offered friendship and caring, when I felt most alone and most desperately in need.  We could not have imagined the tables would turn a few years later.  Nor could we have imagined that with my dire prognosis, it would be Carol who recurred.

Given what we shared, there were some definite differences.  Most obviously, Carol was amazingly efficient and organized—while I’m….not.

And there was another difference.  If our roles had been reversed, I’m not sure how I would have felt and sometimes  I used to wonder how she could stand being around me—wasn’t I a constant reminder of how capricious and cruel cancer can be?  Clearly that was not Carol’s way of thinking—proven by examples in her life.

A few years ago four of us went out to lunch.  It was held at Carol’s initiative—and it was the genesis of a much larger initiative— Carol’s idea to start a local campaign that would pay to bring the latest diagnostic digital equipment to our local breast center.

At the time, of all the women who ended up getting involved, Carol was the only one currently battling cancer herself.  Again, I remember thinking that if I were fighting for my life, I’m not so sure I would have been unselfish enough to forget about myself enough to focus on helping others.

That wasn’t who Carol was, and not what Carol did.  That small lunch turned into a major campaign spearheaded by Carol, which quickly raised more than $2.5 million.

Sadly and ironically, Carol died soon after the campaign succeeded—just after the birth of her first grandchild.

Hazel won’t know her grandma, but she will definitely know her legacy.

She’ll be there with Carol’s entire family at a ceremony on October 1, when the Community Hospital Breast Center will be officially renamed the Carol Hatton Breast Center.   (I’ll be there, too with one of my Boobalas donated for the occasion.)  And additional funds raised are now part of the Carol Hatton Fund for Women in Need, which provides diagnostic breast care to local women who can’t afford it.

Two years after she died, she is terribly missed.  Yet this fitting, well-deserved tribute ensures that she will always be remembered as who she was—to me, and all the other women who will pass through the doors of the building that now bears her name:  Carol Hatton:  Breast Friend Forever.