You are here: Home / Health and Cancer / Plumped and pink'd

I’ve been traveling; and mostly off the grid.   Meanwhile, the month has somehow flown by.

Not just any month.

And now that October is almost over, I just can’t let it go by unnoticed.

As if I could NOT notice.  It’s impossible to miss. 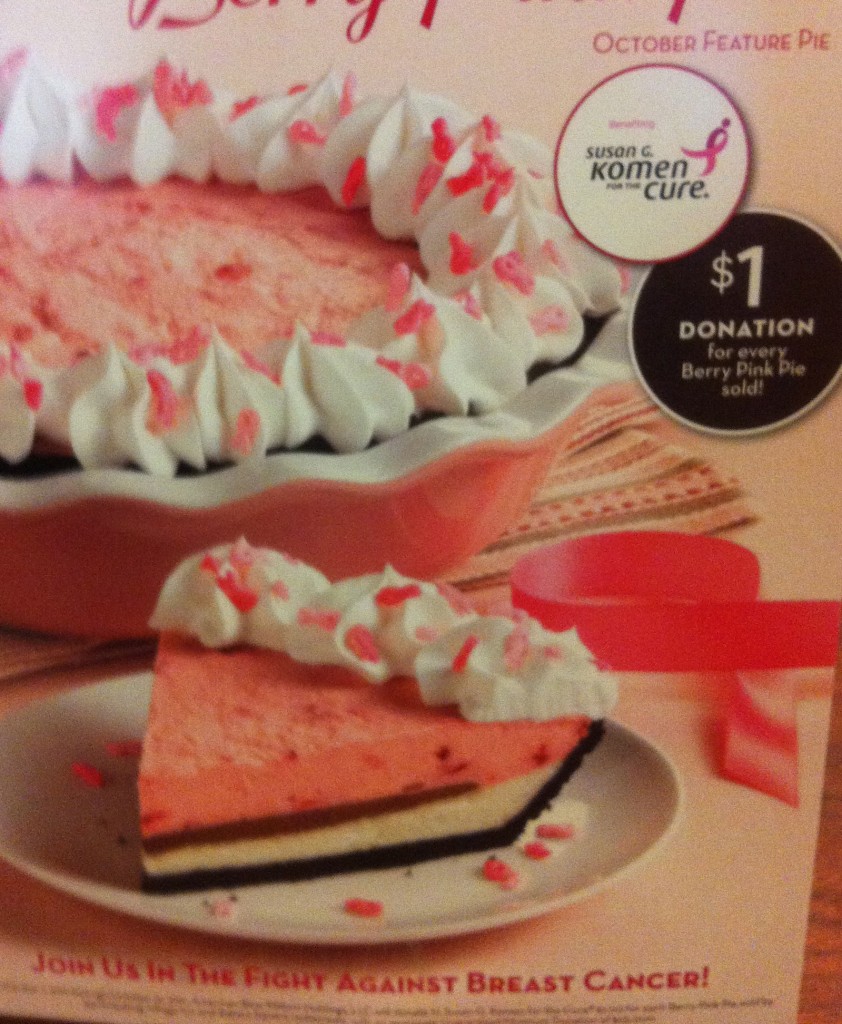 On a table at a coffee shop—Get plumped for the cure?

At the same time I’ve been reading Promise Me, the story of Nancy Brinker, sister of Susan G. Komen,  and the woman who turned the world pink.

I admire her for what she’s done; I participate in activities attached to Breast Awareness month; and underneath most of the pink for the most part is a worthy cause.

Still, for me the overload  of pink and the issue of pinkwashing is washing out the meaning.

I understand the frustration felt by other cancer activists; as pink sinks up so much attention and resources compared to other types of cancers.

And frustration is felt in the breast cancer community, too.

Pink is the color of awareness; but I think part of that awareness needs to be awareness of the truth.

And the truth is that women (and men) typically don’t die from cancer in their breasts.  They die when it moves from breasts to other organs, when it’s metastatic–which will happen to 30% of women with breast cancer.

Metastatic breast cancer is not pink; and it’s not pretty.

Over the years, despite the increased awareness and attention to breast cancer, survival rates for metastatic breast cancer have NOT significantly improved.

If that statistic surprises you,  in the spirit of Breast Awareness month,  I urge you to read this.