You are here: Home / Parenting & Family / Celebrating with love—and laughs

His birthday is this week; and we were planning an event to celebrate him.

Our daughter Alli said she imagined it as a surprise party —and wanted to make sure that he would love everything about it.

A couple months have gone by; memories of his pain and suffering have  faded.   Still it can be a challenge to celebrate a life that’s ended—-especially when he asked only that any memorial to him be  “smiles and laughs”.  So we called it  “Leave ’em laughing”  and we wanted it to be fun.

You  know how things never go as you expect—one reason I called my blog” I never signed up for this...”—because no matter how much you try to plan, things don’t work out the way you imagine.

But sometimes they do.

Sometimes they turn out even better than you imagine.

If the guest of honor had been at his celebration, first he  would have seen posters– filled with hundreds of pictures from every phase of his life. 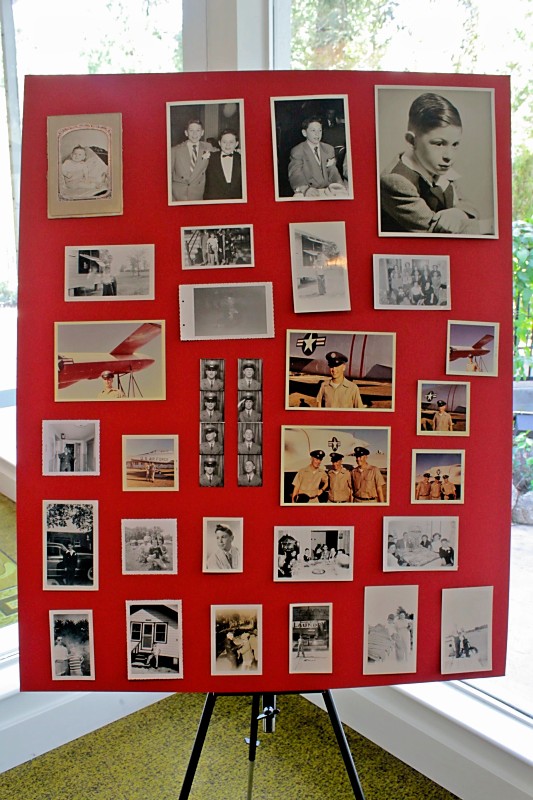 …mementoes from the certificate of his bris to his frat party pictures to his trips all over the world.

He would have seen a photo mosaic created from thousands of those pictures.

He would have seen his friends gathered in one room—from high school friends who came from Chicago ….to the doctor who delivered our first child….to the guy who did the remodel of his house a couple years ago. 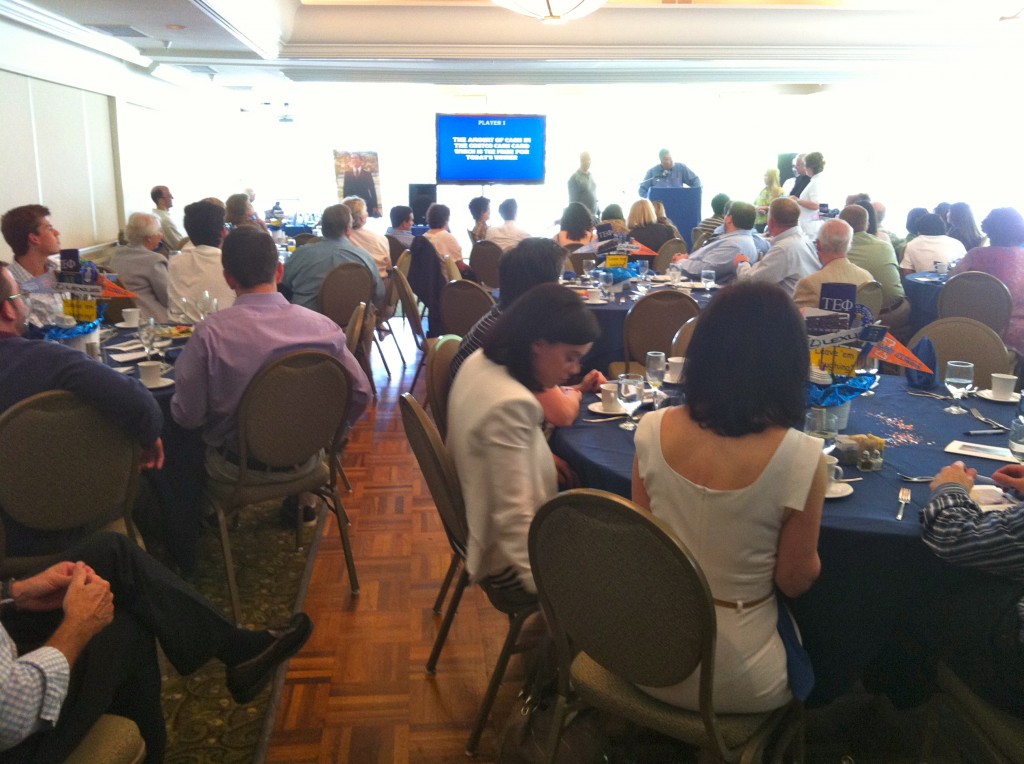 He would have seen centerpieces on every table, reflecting his favorite things. 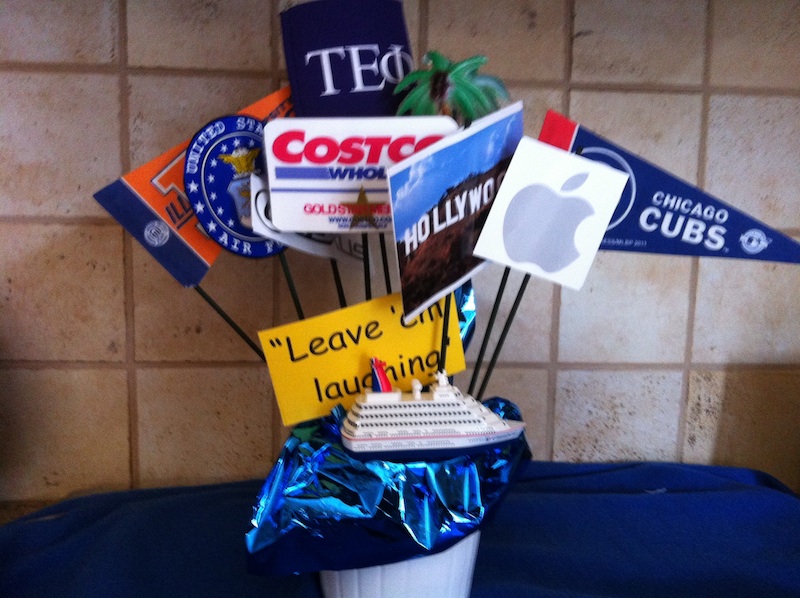 He would have seen his two children talk about him, capturing the essence of their dad with poise and humor.

He would have heard big laughs, from all the stories and some of his best punchlines.

He would have seen the brilliant video created by his best friend Larry—that made everyone cry—but not as much as it made them laugh.

He would have seen everyone play a special version of his favorite show, created by Larry and personalized for Howard—even with the voice of the real Jeopardy announcer. 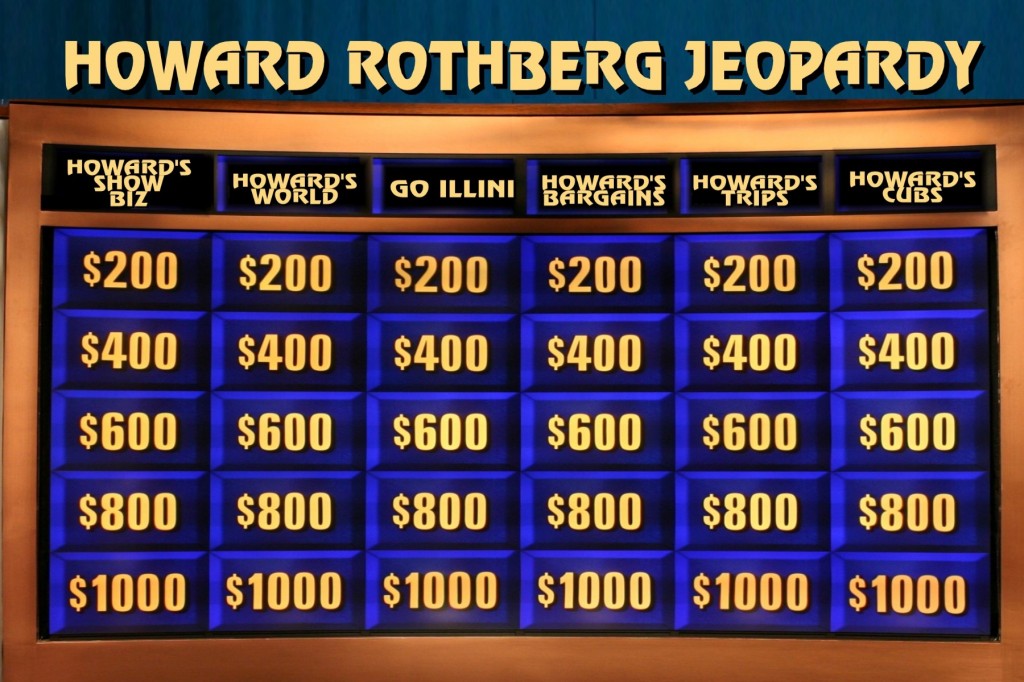 Not every life had so much rich material to draw from ; but Howard was a colorful guy.  One friend told us afterwards: “It’s hard to get the combination of laughs, tears, joy, sorrow and humor just right…but you did it.”

There couldn’t have been a better way this year to celebrate his birthday—and him.

It was a day filled with laughs—and love.

Alli had it exactly right–her dad would have treasured every person, and every minute.  And no one would have laughed harder than Howard.  I hope somehow he knows that he really did “Leave ’em laughing.”