This post has 289 words, just a drop in the vast sea of words I’ve written for everything from television to magazines.

Countless words— that hopefully counted for something.

But my recent trip to Miami made me realize that maybe my most important, most lasting words were written before I was a writer, before I grew up—and I didn’t even write them myself.

According to Jewish tradition, there’s about a year between the time of death and the time of the formal unveiling ceremony of the stone in the cemetery.

I was 18 when my mom died; and a few months later,  my dad asked me what I thought we should engrave on the stone that would mark her grave.

The day she was buried was the only time I’d ever set foot in a cemetery.  But I knew what most of them said: Rest in Peace….Forever in Our Hearts….Beloved Wife, Mother, Daughter, Sister.

All those things were true of her, but none of those words seemed to capture the essence of my mom.

As the oldest of her 3 children, I took this as a serious responsibility, to help decide how she should be remembered for eternity.  I was in college, and I spent far more time on this assignment than on any of my term papers.  Until I came across something I thought was perfect: words that had been written 300 years earlier.

It was an out-of-the-box idea; and I was surprised that my very traditional dad agreed.

Over the years I’ve sometimes looked back at the thousands of words I wrote, feeling they could be changed or edited or improved.

This decision was set in stone.   Just 16 words—and I still think they are perfect. 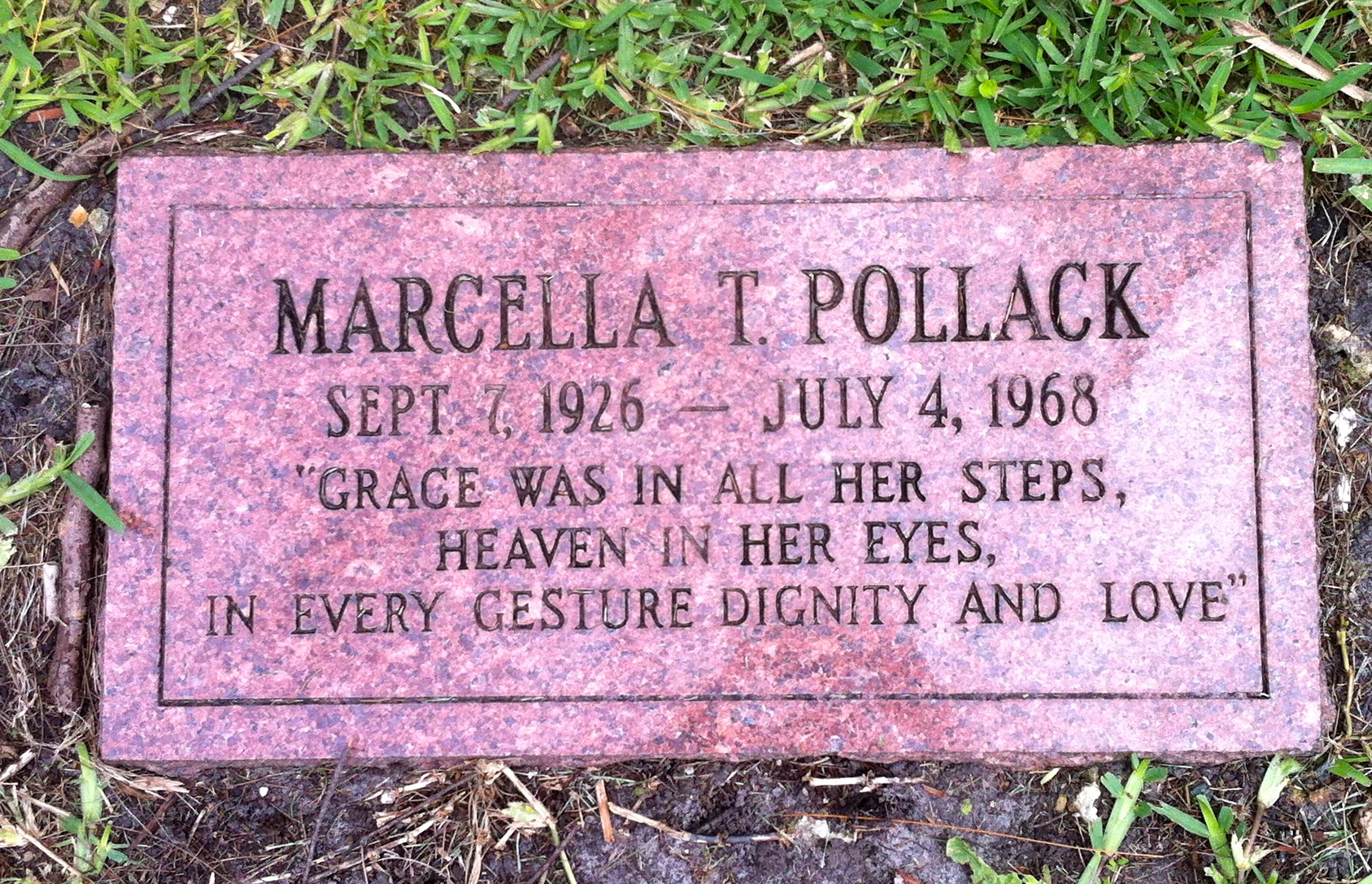 by John Milton from “Paradise Lost”