You are here: Home / Nostalgia / Making downsizing an Olympic event with an assist from Amy

Downsizing was pretty much a drag, until Amy Hughes showed up.

She always made me laugh, since we first met at Camp Ge-Wah-Na the summer we turned 10.  She lived in New York; I lived in Florida.  With no cell phones and no internet, we kept the friendship going via letters until we lost touch somewhere in high school.

And that would be the end of the story if I hadn’t showed up on the first day of college at Cornell– and found out Amy was there too—amazingly enough, assigned to the dorm room right across the hallway.   My college memories are like they always were with Amy:  lots of laughs.

It turned out those two years at Cornell were the only two years Amy and I ever lived in the same state.  We stayed in touch sporadically over the years, mostly via Christmas cards and birth announcements and mostly from Amy, who kept having kids.  She had married John Hughes, a hockey player at Cornell, and they had 6 kids who grew up on ice skates.

You’ve seen two of them skate at the Winter Olympics–Sarah Hughes, who won the gold medal in 2002   and Emily Hughes, who competed in  2006.

Articles I’ve read always mention John being a hockey player and an athlete.  So I’d like to interject that Amy deserves equal credit for having awesome athletic ability.  And both Amy and John deserve major credit for creating an amazing, accomplished, tightly knit family.

For me and Amy, Facebook is a lot easier than letters for staying in touch; but facetime is as rare as it always was. 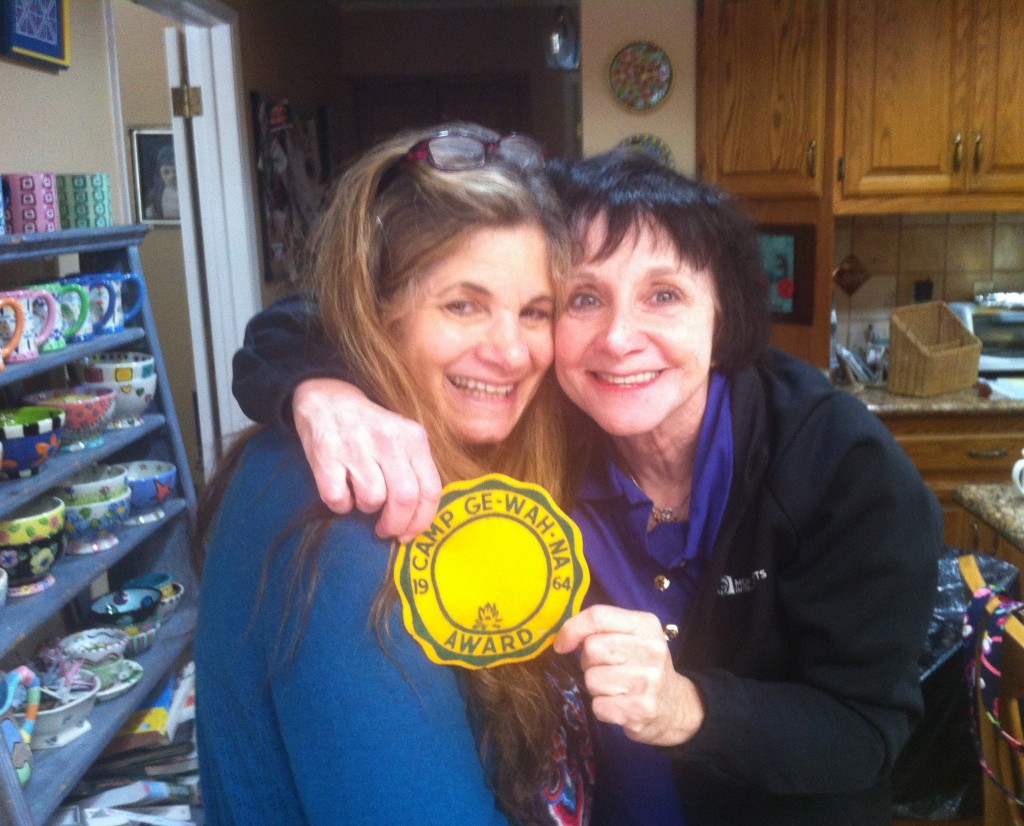 She visited me again yesterday, which is in this little video I shot for WHOA!–along with surprises for both of us.  Amy deserves angel wings for helping me downsize;  and she got them.

You’ll also see what I got is what I always get with Amy for 50 years:  lots of laughs.