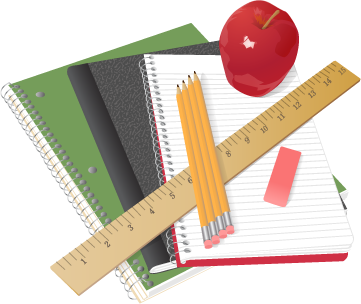 I don’t do back-to school shopping  any more—but I still sense the educational expectations and emotions that arise every September.   The start of a school year summons up strong feelings.   The first day  photo op.  Proud parents, sweet smiles, sharp pencils.  (Do they still USE pencils?)

I feel your pain.  I wish I could spare you the emotional wear and tear and just say it will all work out in the end—because probably it will.

I also wish I could go back and spare my former  self some of the drama.

It started from the moment my first child was born when my dad started discussing where she’d someday go to college.  I didn’t buy into this ridiculousness.    (But I was thinking Yale.)

Alli’s education started at 6 weeks. ( I would have started sooner but I had a very rough delivery).   I started her in a mommy and me class nearby—to check out the school’s potential as a learning institution.   That was the first of many schools she attended—  we’re talking double digit numbers.  And that was before kindergarten—when the real nightmare started (a.k.a.  private school applications).

At the time we lived in Los Angeles.  Problem one is that we weren’t in a position to donate a building.  Problem two is that there were way too many kids and way too many schools and way too many choices for someone like me—-who felt I had to do it absolutely right.    I was so intense and so invested in this process, I felt as if my entire life—and hers—-depended on her getting into the “right” school.

Only she didn’t.   She didn’t get into a single school we applied to.   I could hear the gate to Yale slam shut.

I won’t even get into how a parent feels when your kid is rejected from anything, much less at such a tender age.   Alli was 5, happily oblivious that her future success was swirling down the drain.   The grownup was the one who cried.

At the one school I desperately wanted her to attend,  Alli was on the waiting list—along with several other kids we knew.   This was a tiny school—with space for 11 girls in kindergarten.  Several siblings were automatically admitted, so god knows how many desperate parents wanted those remaining few spaces.   I hate to make light of something serious—but it was a little like waiting for someone to get hurt so you could get their donated organs.

I grasped onto that one sliver of hope,   pulled myself together and went into the school .  I demanded requested to speak to the director to convince her that in the event one of the lucky little girls holding the brass ring decided to let go,  the very first child to come off the waiting list should be mine.

Sitting in the director’s office pleading  my case, I did something I would not recommend to parents in the same situation.  Maybe I shouldn’t even mention it—this is not one of my prouder moments.

I spent the next couple  months checking out every public and private school within the Los Angeles county limits.  And then  over the summer we got a call and Alli did end up at that very school where fortunately the administration had the vision not to punish a child because of the lunacy of a parent.

Years later, the same experience was repeated— different school, different city, different ending.   (That time I didn’t use the water works.)  I have to admit it hurt a little less in the second go-around.   Time—and cancer—-helped put things in perspective.

For the schools it was always a numbers game .   For me it was always emotional.   It took a lot of years and lot of tears until I finally shut down the drama department.  I’m over the angst.   Both my kids’ educations are ongoing—and I’ve been educated, too.    I’ve learned to go with the flow and not to get all emotional about it.

Even though Alli never did go to Yale.

I wish life came with a lesson plan.    I wish 5 year olds never had to be rejected from anything.   I wish all kids could get the education their parents hope they will get.  But even when they don’t, there is something to be learned—if not in school, then from the experience.    Mostly to enjoy those precious moments in September and every moment possible the rest of the year.    And keep tissues handy.