You are here: Home / Health and Cancer / Larger than life 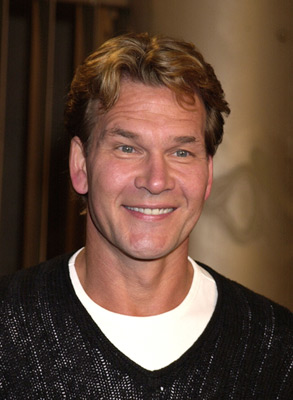 Lately I feel as if I’m doing a daily post about another person who died—and for me, they’re all connected—by that war we’ve been fighting since the time of Vietnam—the one close to home—the war against cancer.

In my twenties, when I made a documentary about breast cancer—I was sure I would see the end of this war in my lifetime.    20 years later, I had breast cancer myself.      I remember hoping that even if a cure came too late to save me, it would surely come in time for my daughter.

In the same time frame, we’ve  sent spacecraft into the furthest reaches of the universe and the whole world is connected through an invisible miraculous web that works with the flick of a fingertip.   So with all the progress in outer space and cyber space—sometimes I wonder why we haven’t made comparable progress in inner space—the space inside our own bodies.   And why Patrick Swayze’s cancer was treated the way cancer was treated when I did my documentary —surgery, radiation, chemotherapy—none of which qualifies as a “cure.”

Obviously I only have questions, not answers.    I’m not a scientist or an expert;  I’m not writing from a viewpoint of facts or science.   I’m writing from feeling and instinct.   Which in a sense, is the way a cancer patient has to fight his or her battle.   When there are no cures, many times there are just choices—in the way each individual chooses to wage the war.   And I  understand how powerless you feel to have something so evil growing inside your own body.

Fame and fortune—which can open any door like magic— have no magical power against cancer.   And I honor Patrick Swayze– and Farrah Fawcett and Teddy Kennedy—larger-than-life figures who turned out to have larger-than-life hearts—- for their dignity and courage and inspiration in fighting a larger-than- life battle.