You are here: Home / Health and Cancer / no star shines brighter 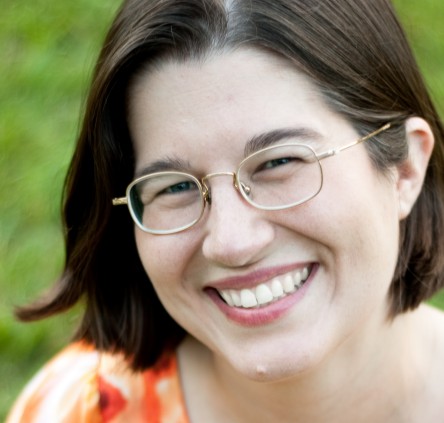 She studied the stars—and no star shines brighter than she did.

When Susan Niebur died today, the blogosphere lit up with memories, tributes, and love.

After my last few weeks of sadness, I planned to be writing about something cheerier–but right now I can’t write or think about anything else.

Susan was an astrophysicist, one of a very few women in her field, the only real rocket scientist I’ve ever known.  She was also beloved—a beacon of courage, character, inspiration,  and grace—for me and people all over the world.

From her diagnosis with inflammatory breast cancer 5 years ago until her latest post just two weeks ago, she taught all of us not just about cancer but about life, and about death.

I met her several years ago at the first blogging event I ever attended.  We connected not just as moms, or bloggers, or fellow members of the American Cancer Society Blogger Advisory council—but as survivors.  At the time, she was doing well—and she was the only other person I knew who had lost both breasts, wore no prostheses, and had no reconstruction—only she had much more aplomb about it than I did.

She seemed to have so much more of everything—wisdom, courage, faith, and generosity.   When I first got cancer, I turned inward; Susan turned outward—founding a blog called Mothers with Cancer, constantly inspiring and organizing efforts to help make a difference.

The irony struck me today that though she had a passion for science, in the end, science let her down–It had no answers.

Another irony is that she studied outer space, but she will be remembered most for her inner space–her lasting legacy will be the way she touched so many people with her words, her actions and her activism. 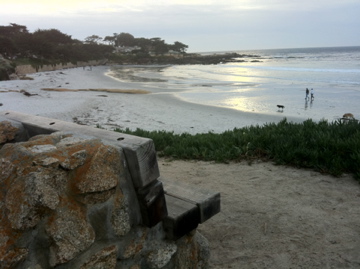 So young.  So impossible to accept—or believe.  Just 2 weeks ago I contributed a photo as part of a “love-fest” video tribute.  When I heard today about her death, I knew where I wanted–and needed–to be:  at the bench overlooking Carmel beach where I spent so many hours during my own cancer battle.

I had a heavy heart, lately filled with so much loss.  As I walked away I ran into a friend who has been battling stage 4 cancer for the last two years.  Her energy high, her eyes shining,  she told me she’s taking a new drug that seems to be working well.  And as I watched her walk away with a bounce in her step, I realized it was one of those messages from the universe.  That loss will always be with us—but love, and life—will go on.

As Susan was the epitome of inspiration, I hope you’ll be inspired by her life—to read some of her words, contribute to research for the disease that took her life, or just think about her next time you look at the moon or the stars.  No star shines brighter than she did.