You are here: Home / Popular Culture, Celebrities & Social Media / Love, Loss and What I Wore

Of all that I love about New York,  what I love most is the theater.   I won’t  list what I’m seeing this trip;  if you love theater too, you’ll just be jealous.

I’ll only mention one;  the play I  saw tonight.  It’s adapted from a book I love:   Love, Loss and What I Wore by Ilene Beckerman.    It’s a simple concept: Beckerman tells the story of her life through sketches of some of the clothes she wore.

I also love Nora Ephron; and recently I read that she and her sister Delia had created a stage play with a rotating cast of actresses.  Nora described it as “like the Vagina Monologues but without the vaginas.”   It’s playing off-Broadway for a limited run; I loved it.

Tonight’s audience was 95% women—almost entirely of my generation—who could really appreciate stories about clothes in our past lives—from bras to bridal gowns……to Broadway.  Although it wasn’t part of the show,  I remember the days when you got dressed up for a Broadway show….down to the white gloves.

Though I  appreciate the convenience and comfort of attending a show in jeans, there’s also something lost—-something missing.  The fancy dress code added to the mood and the magic of Broadway.  And I miss it.

AND WHAT I WORE

I’m not a fashionista—but after wearing this on my last trip to New York, I expected to start  a trend in accessories.   I know, fashion is fickle.  Still,  when you consider  current headlines, I’m surprised—-so far I haven’t spotted a single New Yorker wearing one.. .. 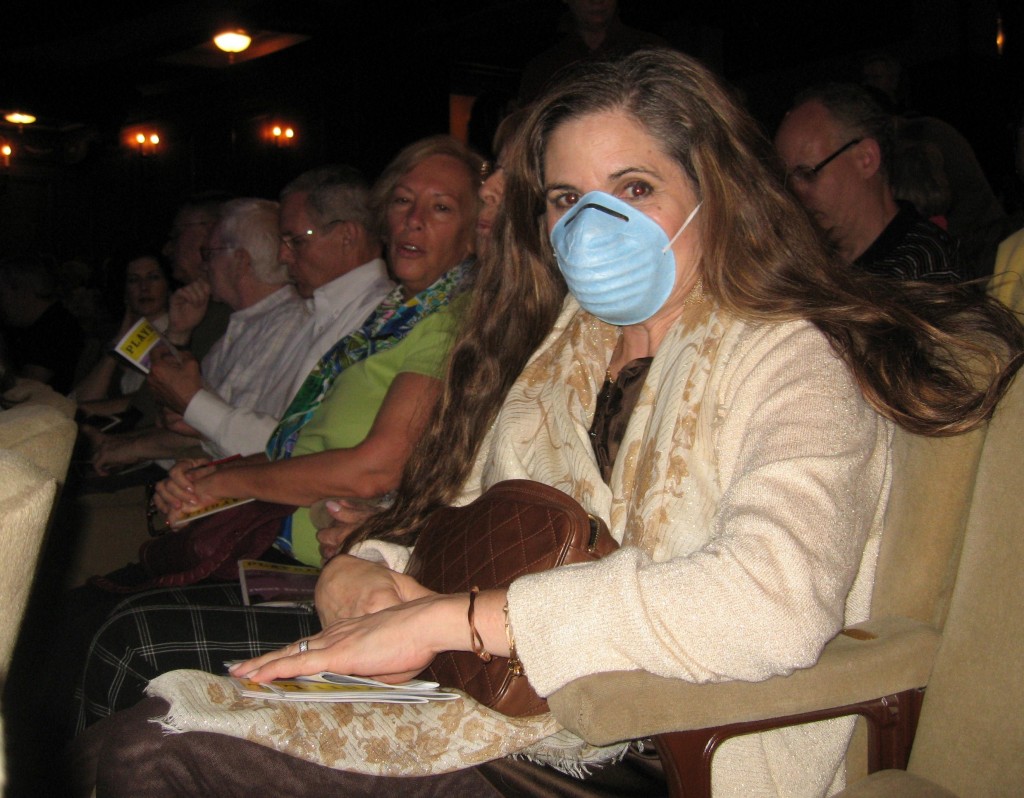