You are here: Home / Popular Culture, Celebrities & Social Media / From Beaches to Broadway 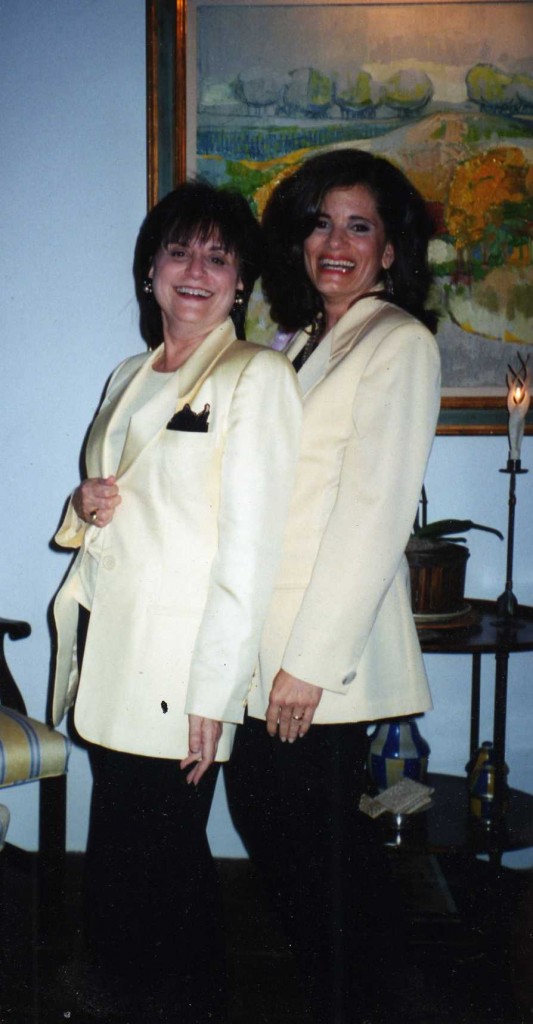 She built her career on laughter, but there’s a good chance Iris Rainer Dart has made you cry— if you read the book or saw the movie Beaches.

Best known as the writer of the novel Beaches, Iris grew up in Pittsburgh, dreaming she was destined for musical theater on Broadway. Lots of people have the same dream, but not everyone starts pursuing it when they’re six years old.  She performed as a child actress, wrote songs as a teenager and graduated from Carnegie Tech with a degree in theater.

After college, she ended up on the opposite coast, where her comic sensibilities led to a successful career writing for television, including being the first female writer hired for the original Sonny and Cher Show. She was equally successful with another career transition—the best-selling Beaches is one of her nine novels.

Iris and I  have been close friends for decades, way back in Los Angeles before we had children. She inherited my pregnancy wardrobe for her daughter, who was born the year after mine—they like to say they were introduced in utero. There was a time when the storyline of Beaches hit too close to home, when I was in treatment for cancer and Iris was practically a second mother to my daughter. 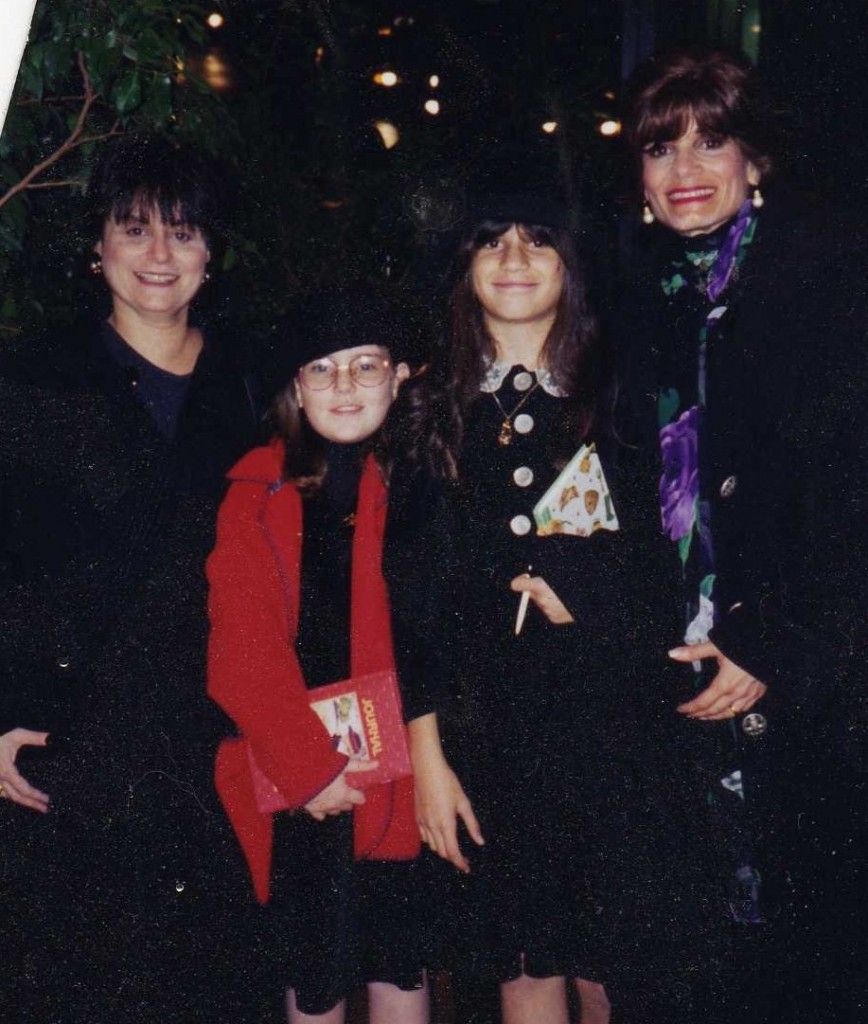 This picture was taken around then,  when I put on my wig and we took our girls to a musical.  This was in San Francisco—but Iris still had her sights pointed east—in between novels, she was working on the book and lyrics for an original Broadway musical.

She played me a tape of the first songs;  so beautiful and poignant, they made me cry.   Really, though, Iris is one of the funniest people I know—and her play was inspired by laughter—-the humor of the Yiddish culture from her childhood roots.

The story is Jewish, but the subject matter is universal to every culture and every generation—-it’s about a woman longing to pass on her heritage and her memories to her child and grandchild.

The lines will make you laugh, but the back story could make you cry—just the challenge of getting a new musical to open on Broadway. As an observer for almost two decades, I can only say it takes just what the cliches say—hard work, determination, and a little mazel along the way.

Many people, if not most, would have given up long ago, but Iris never did. And after pursuing a project that’s really a lifetime in the making, her latest production has a far happier ending than Beaches.

The People in the Picture, starring acclaimed Broadway star Donna Murphy, is now in previews at the Roundabout Theater. On Broadway.

It officially opens next week and I’ll be there in the audience—for the laughs, the tears, and the cheers.

PS.  The story of our friendship has an equally wonderful ending—our daughters, all grown up, are still best friends.

Click here for information on The People in the Picture.