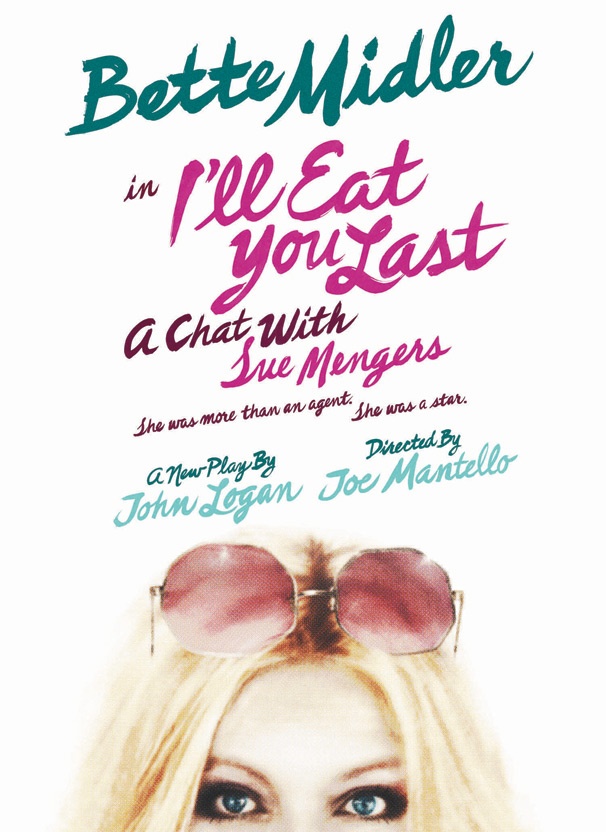 I feel as if I’ve been been underground since Groundhog’s Day.  (More on why– coming soon)

I did emerge briefly last week to attend a wedding on the east coast……which gave me exactly one night in New York to see family…..which turned out to be the exact one night for a first-in-a-lifetime experience.

What timing: it was the first night of previews for  I’ll Eat You Last on Broadway, a one-woman play with Bette Midler playing legendary Hollywood agent Sue Mengers.

I was hoping to see the play; I’ve never seen any show on the first night of previews. So this makes another first for me—first time as a theater critic.  (To be taken with many grains of salt, considering I’m highly unqualified — plus real reviewers don’t wait a week to write the review.)

The curtain perfectly sets up the show and who Sue Mengers was. 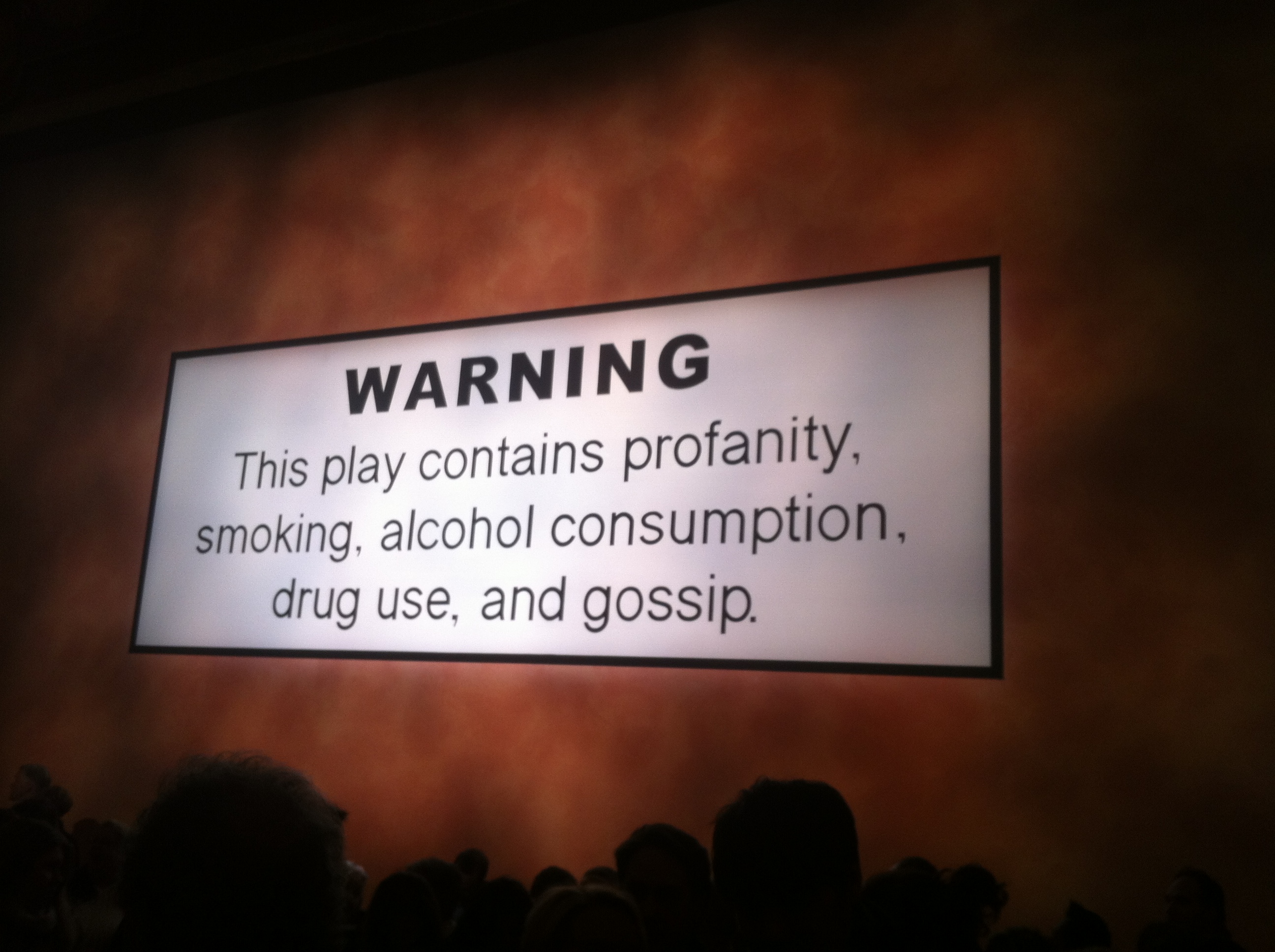 This was the opposite.   No music, no songs, no dancing—-in fact, no movement at all.  Bette sits on a couch for the entire show— and never gets up.  Not even once.

Which makes it even more amazing that she projects so much energy without moving the whole night.  It’s a testament to the force of her personality, and Menger’s personality.

The only thing that felt different from a regular performance  was hearing Bette call out “Line” when she forgot one and hearing an offstage voice prompt her.  In 90 minutes with no intermission and no other actors –I think Bette asked for a line maybe twice.  And when she did, her ad-libs were as funny as the script.

Considering the challenges required by this production and the fact that she hasn’t appeared on Broadway in decades, she seemed incredibly loose and relaxed.  (Then again, she IS an actress.)

Still I got a lot more insight several days after seeing the show when I read an article in the New York Times —about her insecurities,  her trepidation taking the role, and why she did.

If I really was writing a review, I’d say the show’s one weakness is whether today’s audiences will get the cultural and show business references—from earlier times.

I had the opposite experience.  I’m old enough to remember all the references;  and I lived in Los Angeles inside the Hollywood culture at the time the play takes place, so I knew the references, names and  insider information.

But this show was more than that for me.  It was personal.  Howard, my ex-husband, worked at the same agency at the same time as Sue Mengers and knew her well.  So much of this play was his life.  As brazen and funny as it was, for me it had a bittersweet flavor—that Howard couldn’t see it and I couldn’t even tell him about it.

But at least I told you, and if you see it, I’d love to hear what you think.  And when it officially opens, I look forward to reading what the REAL reviewers say about it.

No matter what they say, I say Brava, Bette!