You are here: Home / Parenting & Family / A clothes call 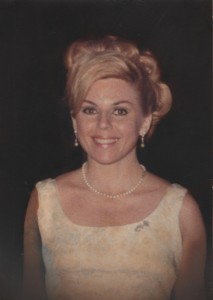 Thanks to Facebook, last night I talked to an old, close friend for the first time in 25 years.  Before calling me, John did some catching up by blog.  He read my post about my mom, who died when I was 18,  and said he remembered coming with me to visit her in the hospital.

I almost felt jealous to know he had memories about her that I didn’t have.  That whole time frame is a blank– I always appreciate someone who remembers her—to keep her memory alive.  It struck me, when I hung up the phone,  how rarely I do that myself.   And John’s call turned out to be  a sign from the universe.

Just last week ––in my continuing de-cluttering—I came across all my college datebooks—in which  I faithfully recorded appointments and activities every day. 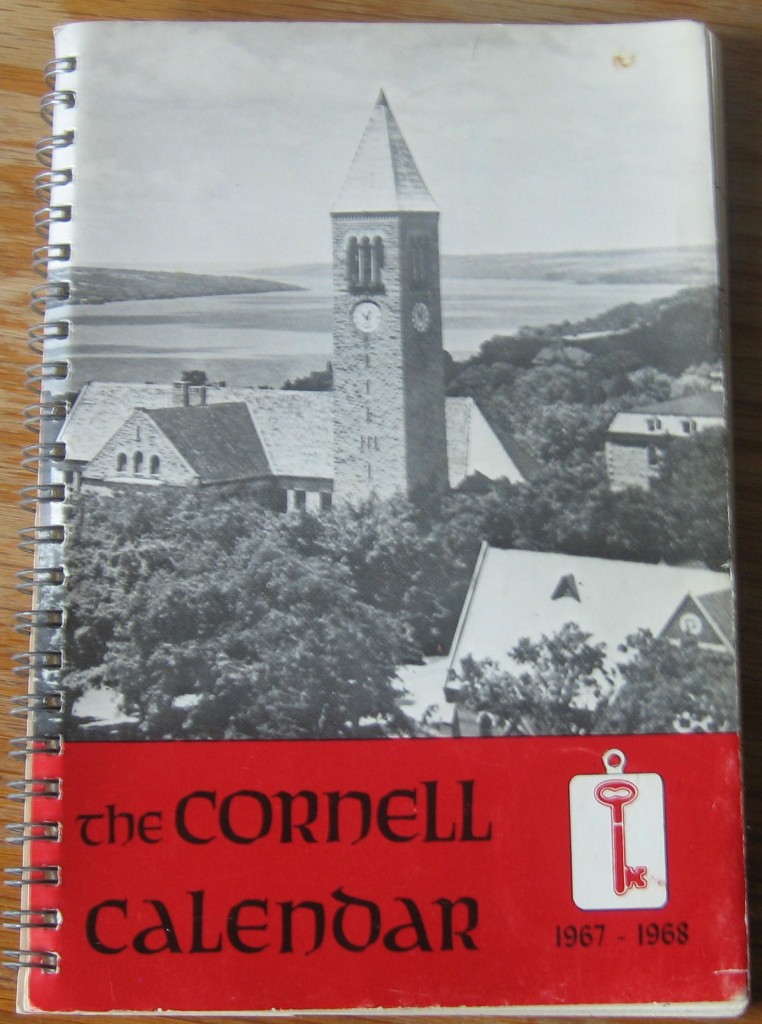 What a find.  I didn’t look through them yet, but how could I bear to throw them out?.  (And you wonder why I need to cluttercast…)

I’ve often thought about that time John mentioned—the month I spent at home after freshman year, making quick daily visits to my mother in the hospital.   I had no idea she was dying—or I would have velcroed myself to her side.

I always wondered what I was doing instead.  And last night, after John’s call, I found out.

Turns out June 1968 was a good month for movies—I saw Bonnie and Clyde and The Good, the Bad and the Ugly.…in between the beach and bowling and shopping (and the most important preoccupation in my book—- washing my hair.)

And  John was right.   There it was– he came with me to the hospital, the day before I left for my summer job in New York,  not suspecting that would be almost the last time I would ever talk to my mom. 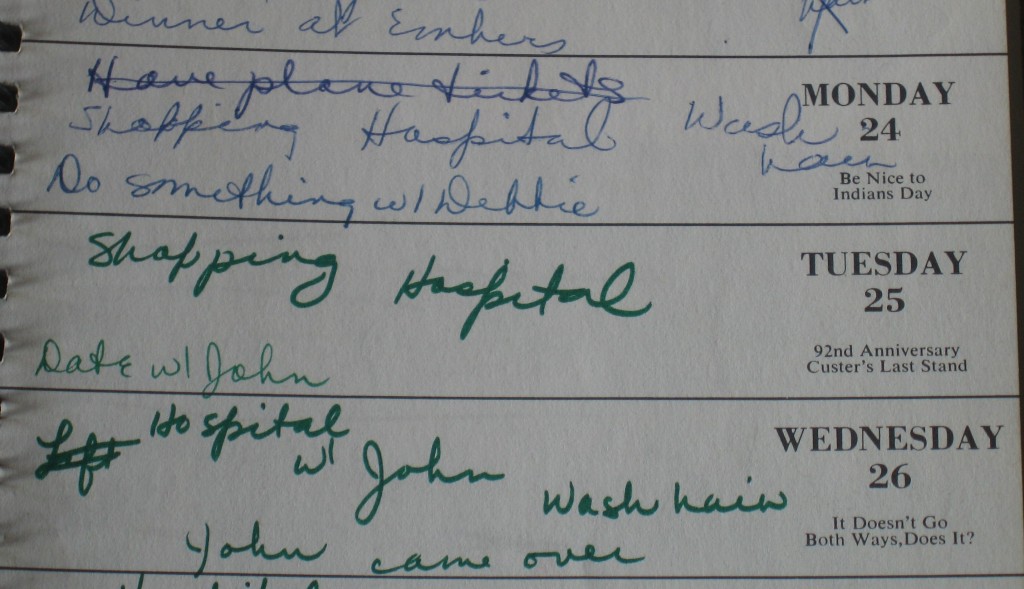 I never really got to say goodbye.

A week later I wrote four words on an otherwise blank page: 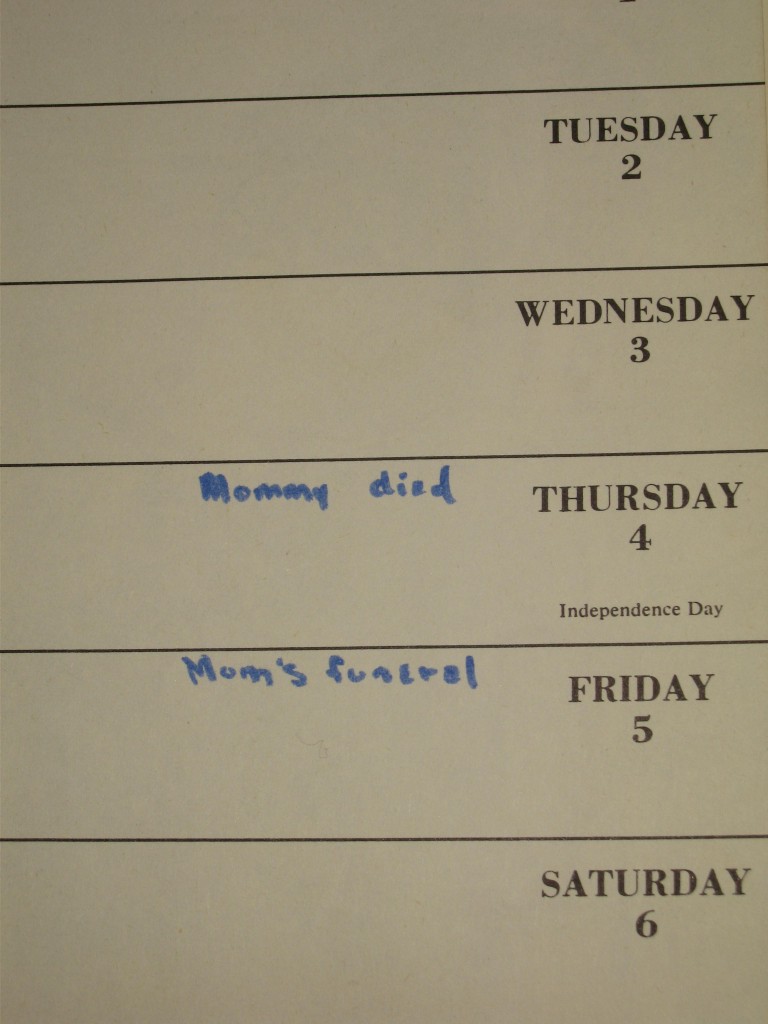 I went back to my job in summer camp; life went on.  Some people move their loved ones’ clothing so fast that the Salvation Army truck is parked outside the house before the body is buried.   But the clothes in my mother’s closet remained just as she left them—that week, that summer, and for years.

Every now and then my father would urge me to take something, take whatever I wanted.  I refused. I was bitter.  I took nothing.

And finally, years later, he gave everything away.

I’m convinced my regret over this is the reason I hoard save everything I’ve ever had.  Because I have very few tangible reminders of my mother.

Sometimes my sister wears my mother’s jewelry;  I have a few pieces but I keep them stashed away, worried I will lose them; I rarely wear them.

I would kill to have those clothes.  And not just because they’d be vintage.

So I was thrilled a couple weeks ago to find buried treasure —a red sweater of my mom’s that I can remember her wearing.  I have no idea how it ended up in California decades later but I opened a box and there it was.

I took it to the cleaners’ and then hung it in my closet, where I knew it would stay— like the jewelry—stashed away.

So last night’s call with John unlocked more than memories. 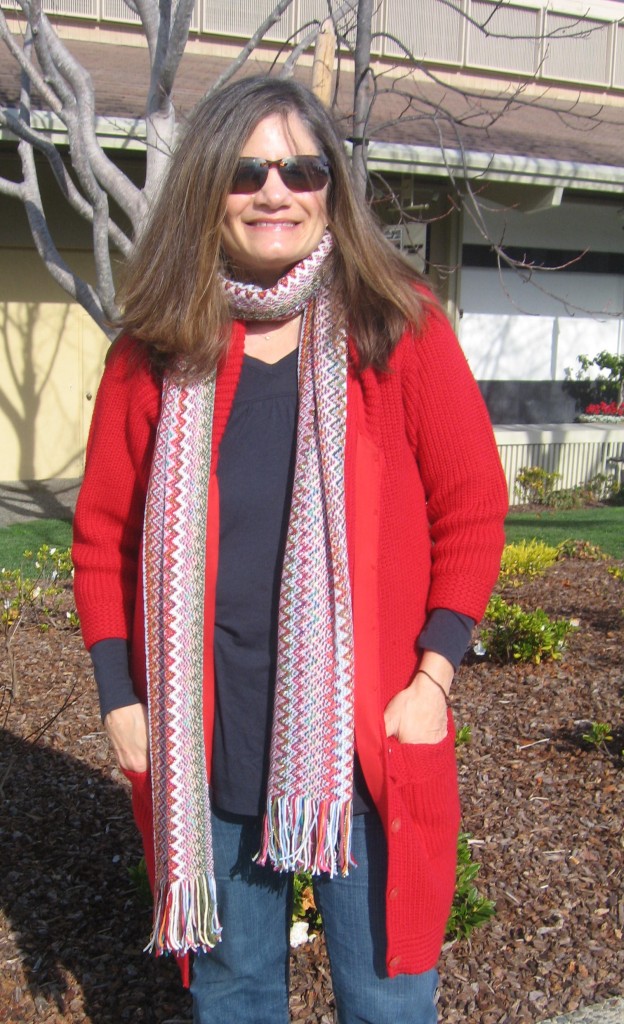