You are here: Home / Favorite Posts / Just in case

The 3 words most used by Jewish mothers.

The 3 words their kids least want to hear.

Daniel was packing up for his semester abroad.   According to airline regulations,  his suitcase can’t weigh over 50 pounds—which forces him to weigh priorities.

So he makes a colossal mistake and asks me if I would help him organize for Buenos Aires.

Daniel is thinking shopping:   how many pairs of shoes to bring vs.  how many he will buy.

I have a different agenda. 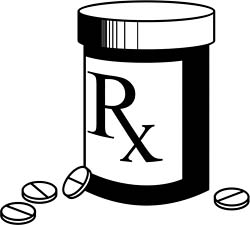 For me this is an opportunity to open a line of conversation Daniel will wish never started…..that ends with a trip to Target and a call to a doctor and an addition to his luggage—– an emergency medical kit that I  insist suggest Daniel assemble—-containing everything anyone could possibly need from A (Afrin nasal spray) ….to Z (Zithromax Z- pack for a full course of antibiotics).

As a good son, he’s a good sport, though he refused a few of my suggestions.  Like— I thought it wouldn’t hurt to bring along an inhaler—although statistically there’s very little likelihood he would have an asthma attack —since he doesn’t have asthma.

He also rejected a bottle of Tecnu.  Though he’ll be in a totally urban environment,  how can I be sure he won’t be exposed to poison oak?  You never know. (3 more words over-used by Jewish mothers.)

And though I realize Argentina is a large country where there’s a reasonable chance of finding a band-aid,  I made Daniel pack some anyway—-that’s a key part of  a Jewish mother’s strategy:  Taking something with you is the best way to insure you’ll never need it.

In the end Daniel’s suitcase came in weighing just under 50 pounds…. at least 30 pounds of it being medication……Just.  In.  Case.