You are here: Home / Parenting & Family / The day before

I don’t remember the day itself;  but I have a record of what I did.

It’s in this little journal  I kept through my first pregnancy.  It was meant for food—-but I’d be horrified to record what I consumed every day— so I kept track of everything else.

More than 2 weeks overdue, by now I was jumping rope trying to get labor started.

Here’s some of what I wrote:

I’m 90% effaced and  4 cm. dilated.  Technically I’m already through most of early labor and I shouldn’t have much trouble tomorrow. ( Ha!  Famous last words…)

I’ve practically given up on nutrition and have been eating way too many Mrs. Fields’ cookies— though in honor of the baby’s health, I switched from  chocolate chip to oatmeal raisin.

I’m relieved, excited and just a little nervous.  It still feels so unreal…

I still can’t quite believe another person is going to come out of me.   I’m so much calmer than I would have expected….   After all this time it’s hard to realize it’s going to happen.

Tomorrow is Groundhog’s Day.  Larry says she’ll come out, see her shadow, and go back in for another 6 weeks. 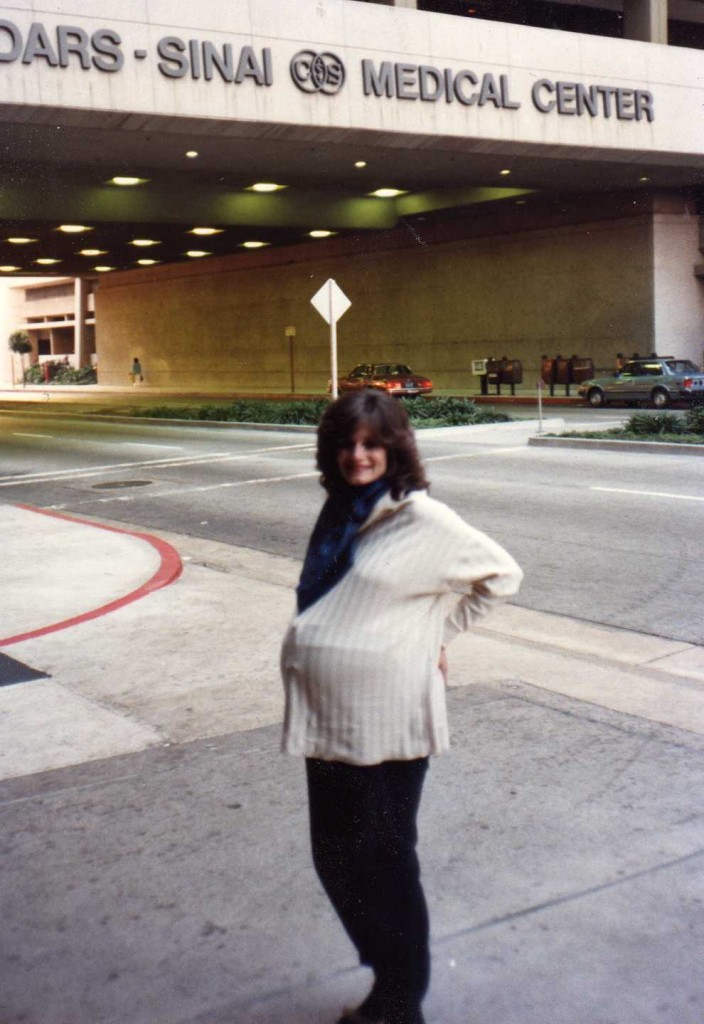 A few hours later I was walking into the hospital….already in labor…..which started 2 hours before I was due to be induced.

Who knew the timing could have given me clues to my baby’s personality  even before she emerged ; her fierce independence and iron will to do things herself—in her own way.

As I look back on the words I wrote that day, I wonder what I would say now—how I could prepare my former self for the most responsibility and the most precious treasure I would ever receive.

How would I put into words the magnitude of the exquisite pride and pain and pleasure;  the hope and sometimes heartbreak that means mothering a human being.

To the bottom:  the feet so tiny I used to put them in my mouth…. are the same feet they use to walk out the door when they’re on their own.

I’m sure I would write different words than the ones that spilled over the page 26 years ago today.

Most importantly, some words I thought I knew would be redefined a few hours later:

And one more word:  that I heard first from the person I was about to meet;  that expresses maybe more than any other word how I would come to define myself:   Mom.