You are here: Home / Chocolate & Other Food for Thought / Busted 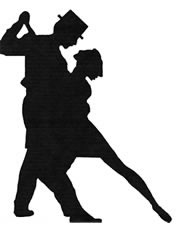 After 12 days in Argentina, it was time to go home.  Daniel had enough of me—- and I had enough dulce de leche.

It was easier saying goodbye to Daniel— I know I”ll see him in a few months.    Who knows when I’ll bond with dulce de leche again?

Not that I should.  I ate enough on this trip to last me a long, long time.

At least until I got to the airport in Buenos Aires…….and saw that one of the souvenir shops sold cardboard containers of the authentic local stuff.

Fortunately– I still had a few pesos in my pocket.

Unfortunately— I had promised not to eat another bite.

Fortunately— I was traveling alone; not with Daniel the Food Police.

And I barely felt guilty as I stuck the container in my bag and began the long journey back to Carmel.

I was  numb from traveling by the time I had to switch planes in the Dallas–Fort Worth airport.  I stumbled out of the plane and into customs.     An overly–chipper Texan waved me towards my next flight….when I learned I had to go through security again.

I had already been through security in Argentina—which is looser than ours.  This was American style— Shoes off,  bag of liquids out, laptop in its own plastic bin.

Even half-asleep it’s worth the hassle to keep America safe.   And I fully woke up when the TSA guy plucked off my carry-on from the line—and carried it over to the side for a closer inspection.  People were watching, as he opened and went through my bag—resting it on a stainless steel surface and handling all of the items with rubber gloves—until he found what he was looking for—liquid contraband.

The agent wouldn’t allow me to identify him; but he did allow me to record a photograph for posterity—- of  the illegal substance he confiscated, that I had attempted to smuggle across the American border:

Either this was a sign from the universe….or a subconscious warning from the Food Police.