You are here: Home / Health and Cancer / She who laughs last…. 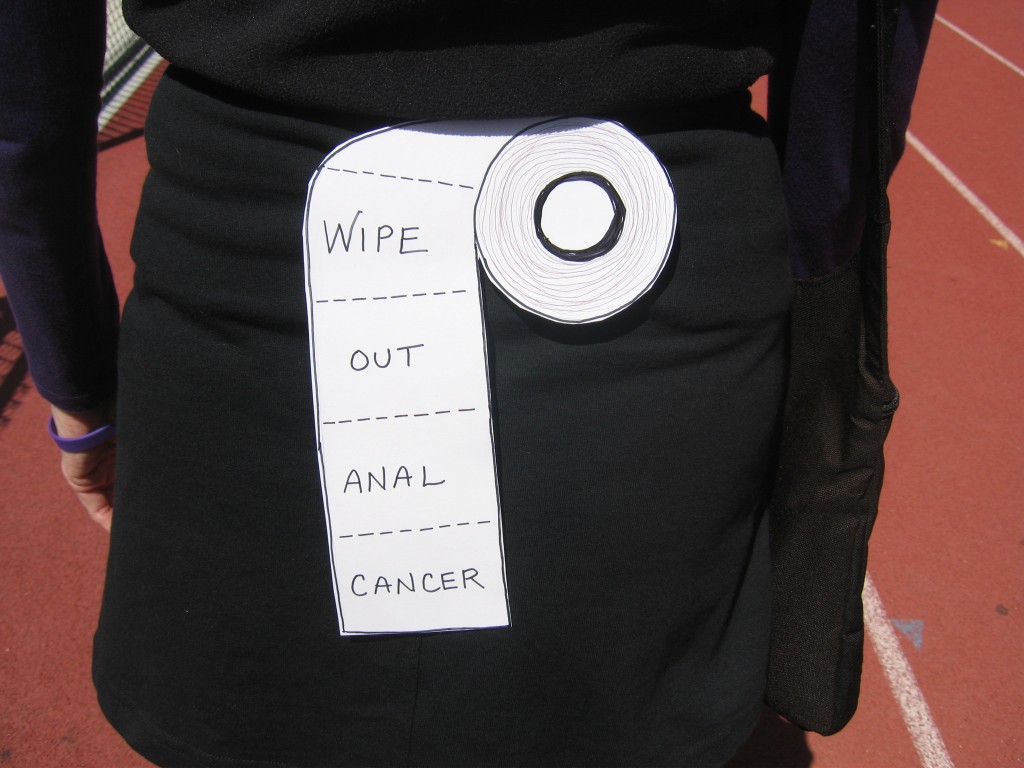 It’s not something you see every day…..but this is an attitude about cancer I appreciate.  So I had to meet the person walking around with this sign attached to her back. 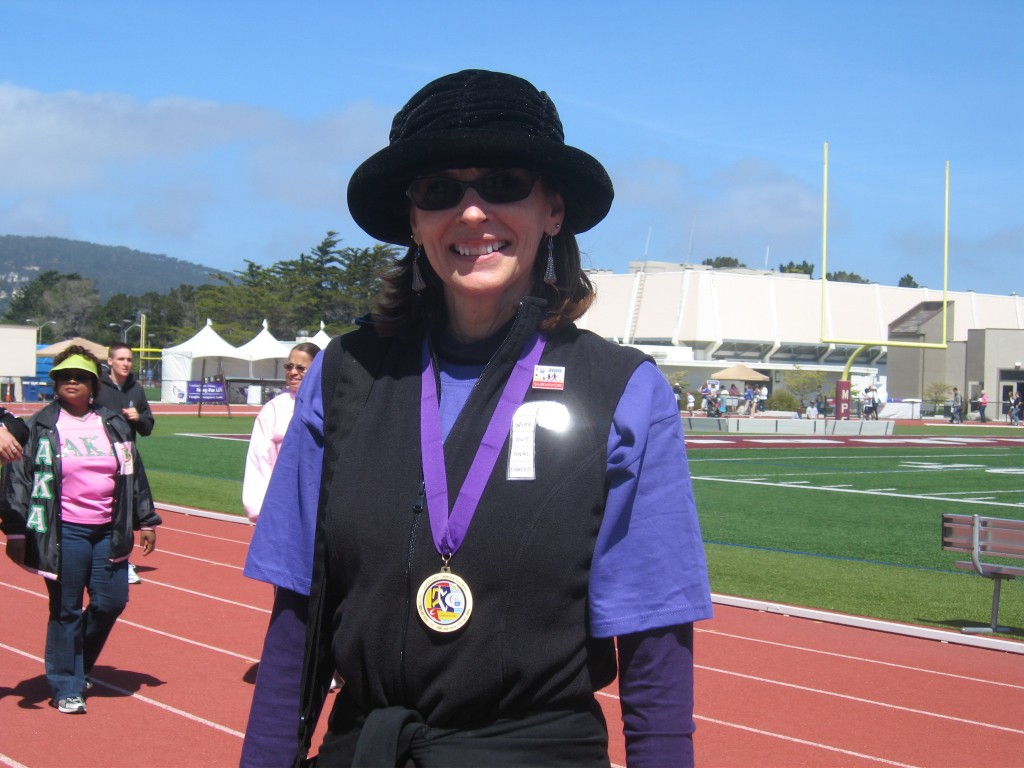 The purple T- shirt is the clue that she’s a survivor—attending the Relay for Life at Monterey Peninsula College.

Humor—-definitely is one of the best weapons against cancer. 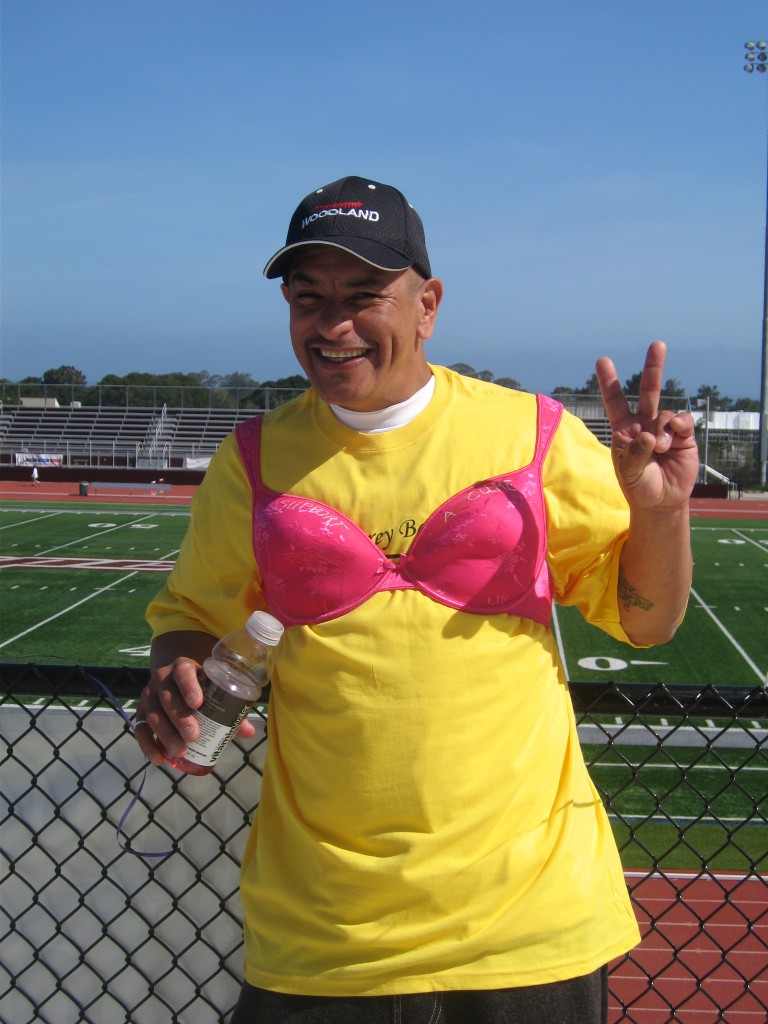 And it can be contagious…..

After two mastectomies, this was the first bra I’ve worn in ages. It’s been even longer since I was surrounded by such cute guys— 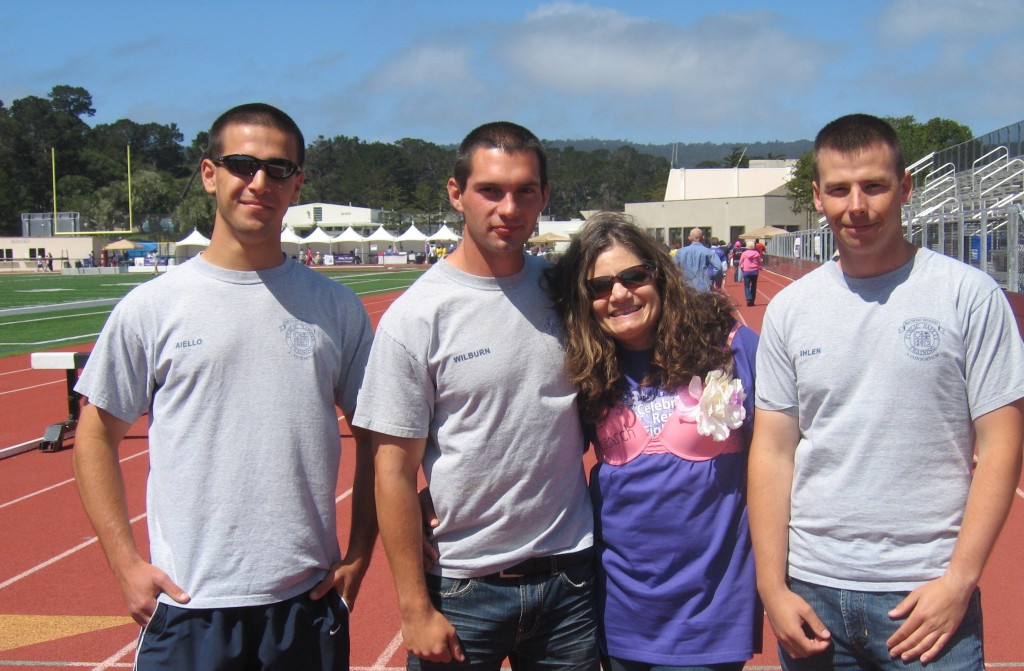 They’re part of a team from the police Academy in Marina, here to support a recruit whose wife has cancer.

It feels humbling when family and friends participate in events that honor survivors—but ironically, I’ve never attended myself—until today.  I came to join my friend Laurie— who’s on the board of our local hospital and works at Monterey Bay Oncology (among the sponsors of today’s event in addition to the American Cancer Society). 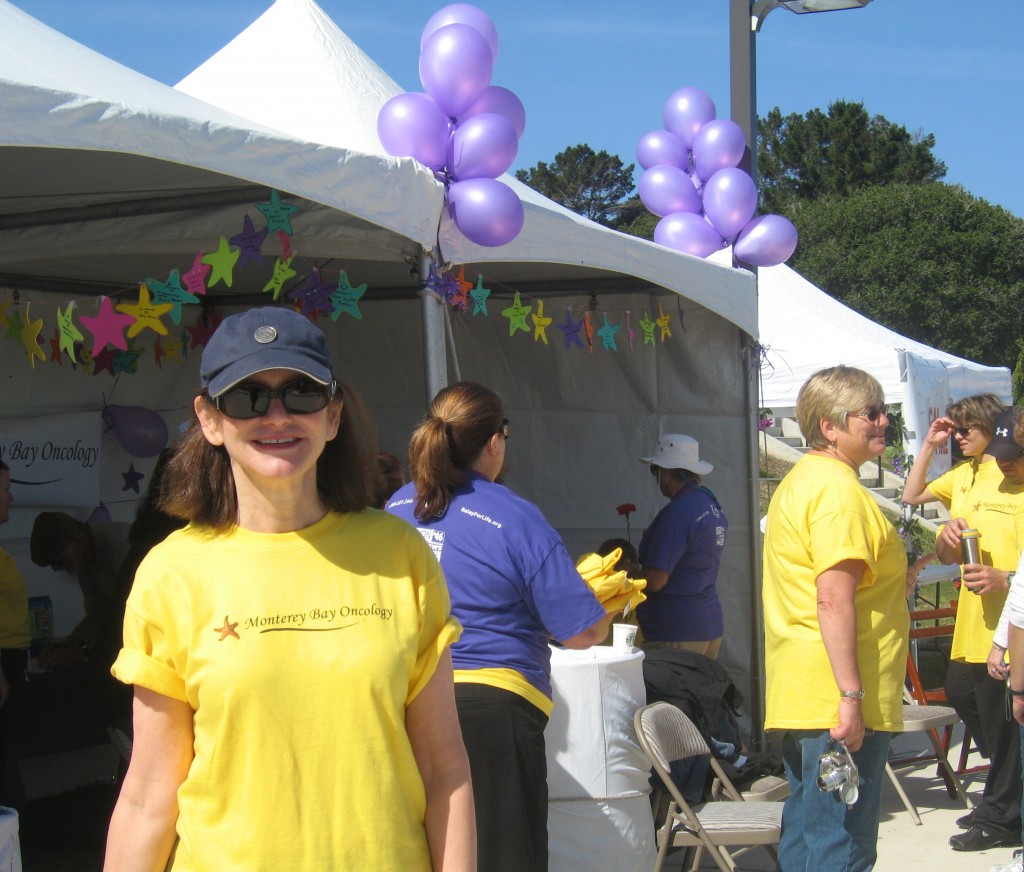 Hard to believe—after 15 years as a cancer survivor and activist, today is the first time I’ve “walked the walk.” 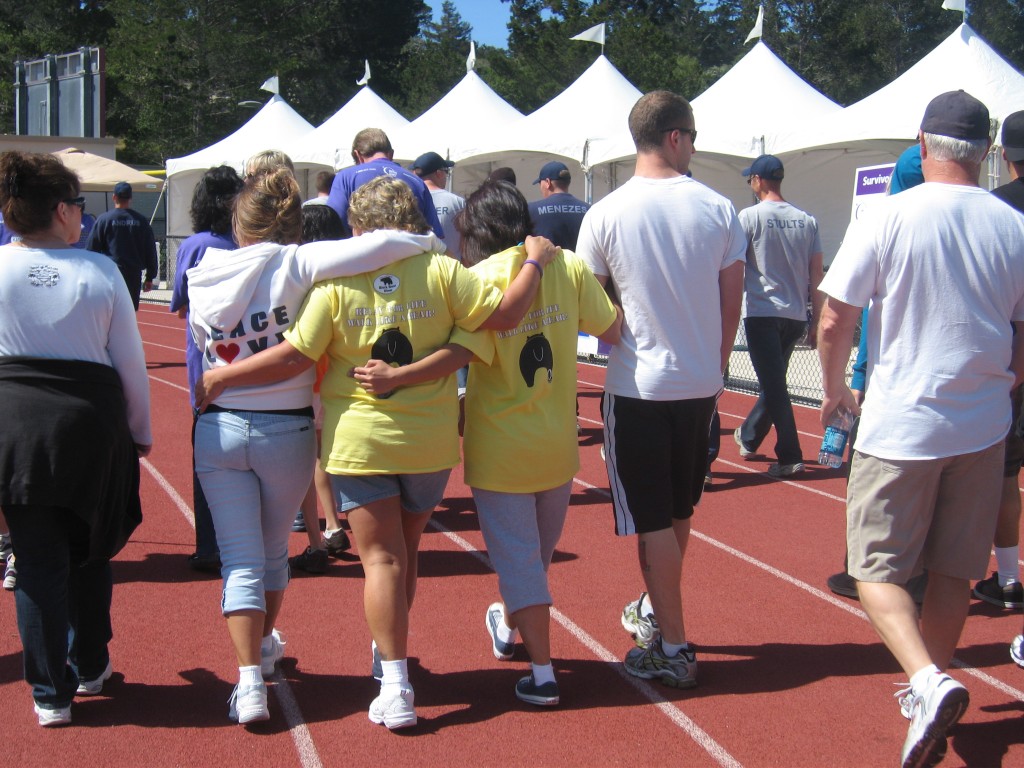 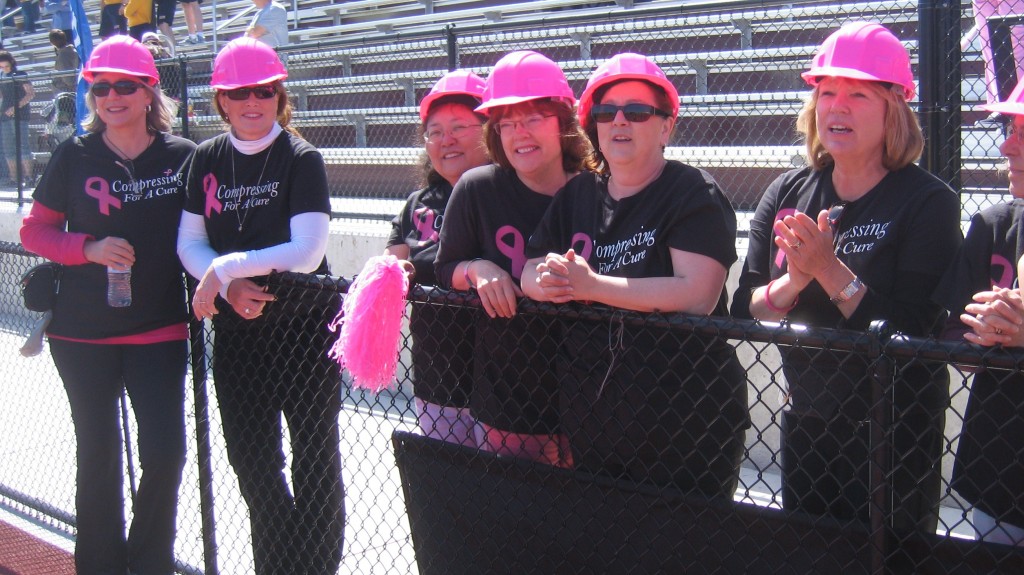 Walking laps around a track with other survivors and supporters  might not sound like a big deal.

And as exercise—it doesn’t make much of a dent.

But as inspiration— it’s amazing.

There’s nothing like the human spirit to lift your spirits.

P.S.  In that spirit, please keep a sense of humor regarding my lack of skill making this video.  And remember:  She who laughs last….laughs best.