You are here: Home / Parenting & Family / They call her Tiger Mother, but will they call home? 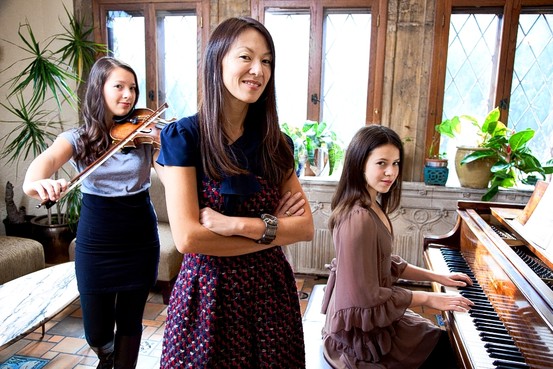 She says she’s a tiger— but oy, what a cat-fight.

Amy Chua unleashed an uproar over her book with its controversial theories on parenting—and she’s under attack everywhere —-even Joan Rivers gets into the act. I haven’t read the book yet.  Still, it’s hard for me to stay out of this.

Watching the debate about whether Asian or western mothers are superior— honestly, it’s hard not to feel kind of smug.  At the risk of reinforcing stereotypes, I can’t help pointing out the obvious.   Because let’s face it– when it comes to raising outstanding children, everyone knows Jewish mothers have always been the gold standard.

We’re not cracking the whip either. When it comes to our kids we’re not tigers, we’re pussycats.    There’s a good reason our kids are considered Princes and Princesses—because they’re  spoiled rotten.

Unlike Chinese mothers, Jewish mothers accomplish this without punishments or public humiliation—with only a reasonable amount of guilt. We don’t have to resort to hardball tactics.   We have other tricks up our sleeve. Chicken soup. Matza balls. Kugel.  Enough to feed the entire high school class should they happen to drop in.

Of course there’s no recipe or rulebook for raising successful children. Anyway,  who sets the standards for the outcome?  What determines success?  A great education?  A great bank balance? A great heart?

Which happens to be the perfect segue to a story I just read in the New York Times about a different side of Chinese parenting. I always thought of China as the ideal .place to grow old.  Generations live together under one roof,  elders are revered.

Only it turns out China has modernized this way, too.  Most seniors live on their own in the cities.  Even though up to 30% of adult Chinese are partially or totally dependent financially on their parents—the kids don’t come to visit.

So there’s a new law proposed that would FORCE adult children in China to regularly visit their parents.   You don’t visit, you don’t call-— a universal parent’s lament in any language.  Still it sounds a little like payback to me.   Chinese moms might want to  re-think those parenting theories.

Really, Tiger moms, could it hurt to give the kids a little leeway?…..and maybe a little cheesecake??