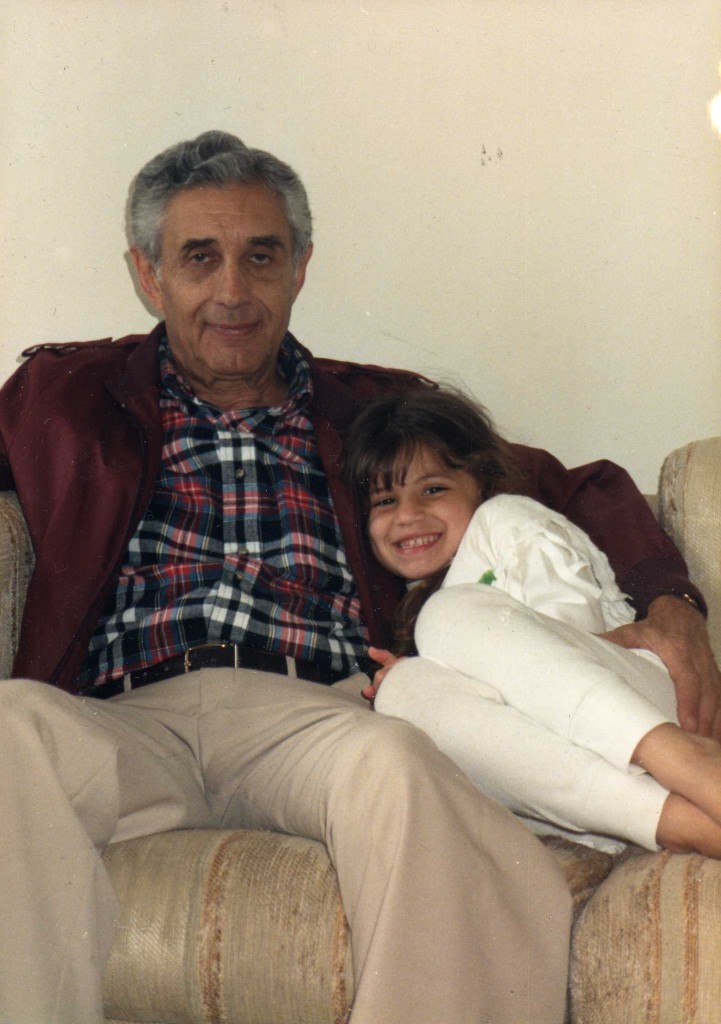 No one’s written a book yet called Tiger Dad, but I probably could. (Or maybe, Jewish Tiger Dad.)  I cringe when I hear about the tactics used by Tiger Mom, but really,  it’s just a matter of degree.

The opposite of my gentle mother,  my dad was a tough businessman.  He meant business as a parent, too. Like a Tiger mother, my father wanted the best for us and he set the bar high. And I spent a good chunk of my childhood terrified of him.

As the oldest, I caught the brunt of his high expectations—anything less than the honor roll meant punishment.  When I entered high school and my grades plunged first semester, the Tiger roared and I was grounded—for the rest of the year.

My chubbiness as a child was also an obsession for him—handled tiger-style—I might have been the youngest person ever sent to Weight Watchers.  Even when I slimmed down after college permanently (at least as long as he was alive), the first thing he said to me every time he saw me was a remark about my weight.

In other ways he was unexpectedly easier to please. The first time I made homemade brownies, I cried when I took them out of the oven, burnt to a crisp. My father went crazy for them—burnt food was in his blood.  He told me I took after my grandmother who could speak 7 languages– but was hopeless to translate a recipe.

This softer side wasn’t exposed often, but it emerged full blown when I was 18. Tiger Dad was brought to his knees by the death of my mother, at 41.  She was 12 years younger, and it never occurred to him that he would out- live her.  I’m sure his inner Tiger got him through the worst nightmare he could have imagined.

Left as a single parent of 3 teenagers, he could have used our mother’s softness sometimes on the edges of those Tiger claws.  But his love was also fierce—and I never doubted its depth.    He was our touchstone, our teacher, our patriarch. He never remarried, and he talked about our mom forever. Marcella’s child, he would often say, just looking lovingly at one of us.  I never knew details of his inner despair, but just saying her name seemed to keep her alive for him.

Still, Tiger Dad didn’t completely mellow with age. He refused to attend my wedding or to speak to me after I married a non-Jew, even though I already had children. It took me getting cancer for him to reconcile.

He was in his early 80’s and I hadn’t seen him in almost a year when I went once to visit him in Miami. We suspected he was in the early stages of Alzheimers, but I was encouraged when the first thing he said to me was: You look thin.  He must be fine, I thought.  This was classic Dad.

But an hour later, as I drove him to the cemetery to visit my mother’s grave, he didn’t remember how to get there.  He seemed confused. We’re visiting Mom, I told him, Marcella.

Who’s Marcella? he asked me. 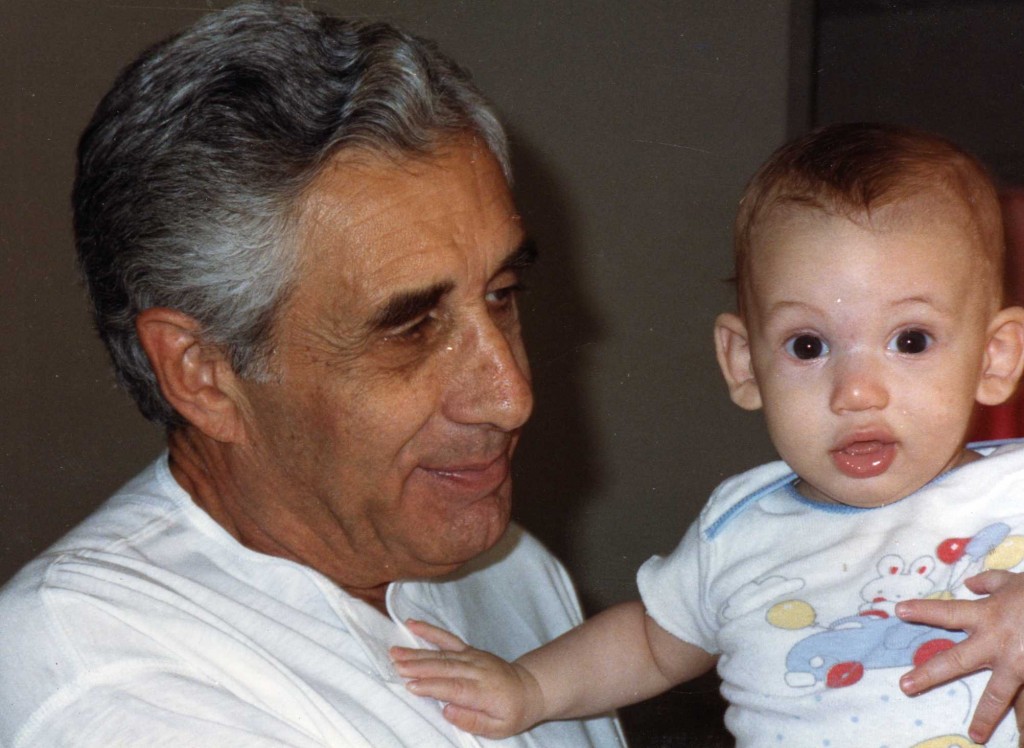 This isn’t the time to write about what it’s like to see the disappearance of a person—his intellect, his personality, his emotion. It’s especially sad because what my children remember most is the man with vacant eyes who had no idea who we were.  I wish they had more memories of the man who taught them to play catch, who read to them, who thrilled to their achievements. No one would be prouder of my children today than my father—or my mother.

There’s a new book out called Parentless Parents. I haven’t read it yet; but I appreciate what it means to raise children without having parents yourself.  It’s an irreplaceable loss. In the heart of a child there’s a special place for grandparents; and I hope anyone reading this who is a grandparent, or has one, will never take this gift for granted.

I think about a man who was never sick a day in his life, never spent a night in a hospital.  Had it not been for Alzheimer’s, I like to believe he would be turning 97 today.

Tiger and all, Dad, you were everything to me.  I always loved you and I will always miss you.  Happy birthday.