You are here: Home / Parenting & Family / Putting on the thinking cap

Late would be better — is what I’m thinking.  Because it’s 7 a.m. on a Sunday morning,  hours before I normally open my eyes.

On this day I’m already up and out —sitting on a folding chair on a cool gray morning  in an enormous  grassy field—along with more people than the entire population of the town where I live.

What I’m thinking as I look around— OMG.  Who had the job of setting up thousands of folding chairs?

I am NOT thinking the words I’ve said so many times-—I never signed up for this.

Because I did…. I signed up for this the day I gave birth to my daughter —whose educational odyssey has been a script I never could have written—that led her here– to California State University at Fullerton.

Every one of the multitude around me is here for the same reason.

Like Alli, most of her fellow graduates are commuters, who work one or more jobs while attending college.

Also unlike Alli, many are the first college graduates in their families.

I’m thinking,  I bet many of their journeys here are as inspiring—and unlikely–as hers.

This day,  unexpected in many ways—includes the group gathered with me.  In my experience,  family has been a more fluid concept than I would have guessed.  The others with me at the ceremony have in their own ways, also gone to great lengths– literally and metaphorically– to be here.  We’re a random crew—mostly what we have in common is that we love Alli and want to share our pride in this moment.

All of this— so far from anything  in my imagination.  And yet everything feels absolutely right.  That’s what I’m thinking– an indication of how far life—and I have come.

My mom had cancer; she only lived long enough to see one of her 3 children graduate high school.   I had cancer,  and I’ve seen both of my children graduate college in the past week.   I’m beyond grateful, and fully present— taking in each of the layers of meaning that are part of this day.

The challenges make the joys even sweeter. I’m thinking that’s true not only for me, but for Alli. 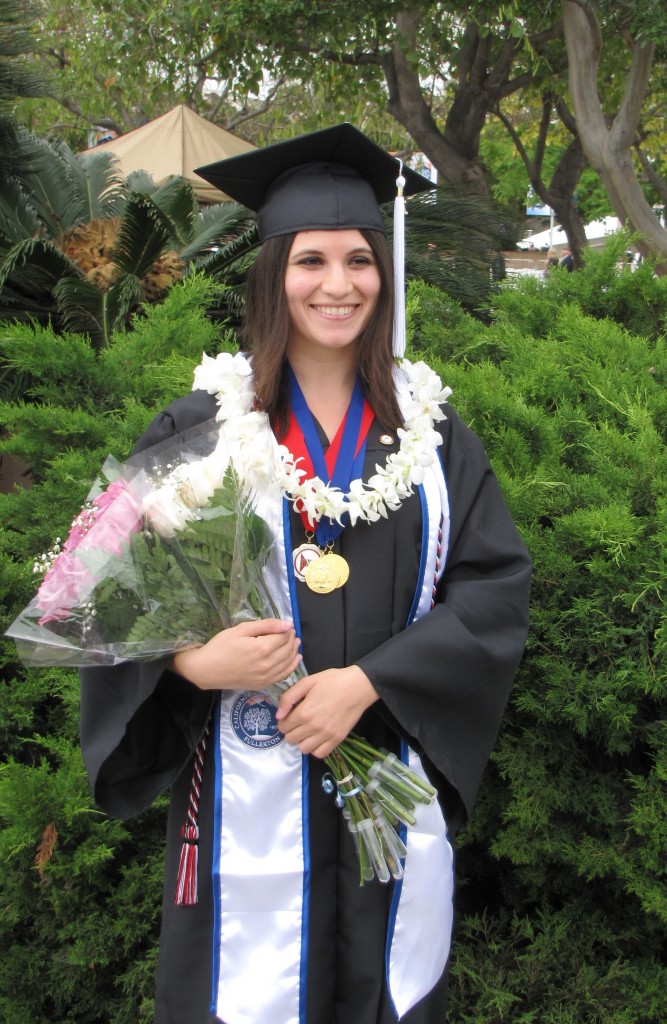 It’s in her smile, her posture, her walk across the stage to collect her diploma and the honors she’s earned.   It’s in the medals on her gown…the message on her cap– 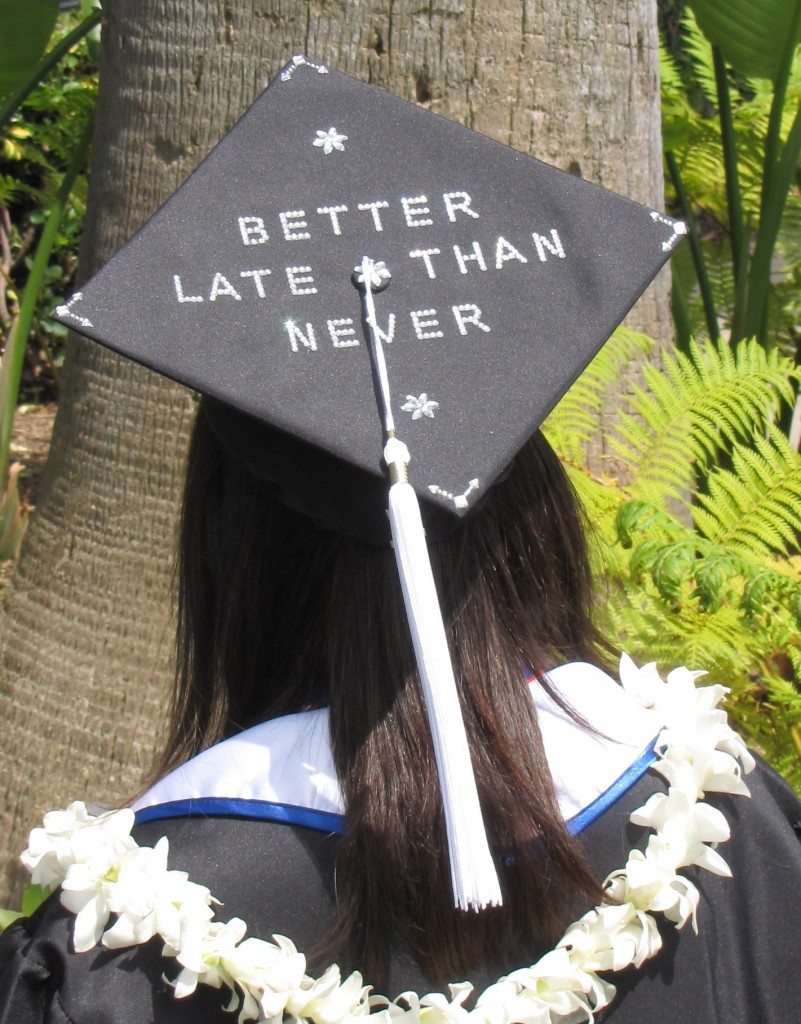 Reflecting what’s in my heart, as I’m thinking—  Better late than never?  Maybe—although this moment couldn’t possibly be any better than it is.