You are here: Home / Aging & Appearance / Superwomen at Yale

The name conjures up a special cachet in America lore.  The nation’s second oldest college.  Alma mater of Presidents.    Hillary and Bill met there in law school.  Bastion of the old boy network.    Captains of industry sent their sons for  300 years.  But not their daughters.

Yale was all-male—until 1968 when in the midst of controversy and outrage by many alumni, Yale College opened applications to women.  Thousands threw their names into the very selective sweepstakes—seeking the chance to be pioneers—to co-educate America’s stronghold of male bonding and leadership.

It’s hard to capture what it was like at that unique time— it was a defining—and historic moment.

The New York Times ran a major feature in the Sunday magazine, describing the competition and the ultimate winners as “superwomen.”

My local paper, the Miami Herald, sent a reporter and photographer to New Haven to interview the three girls from south Florida who had been admitted to Yale (and Princeton).  (that’s me walking through the archway–I think posing for that picture was the only time I wore a skirt in my entire time at Yale). 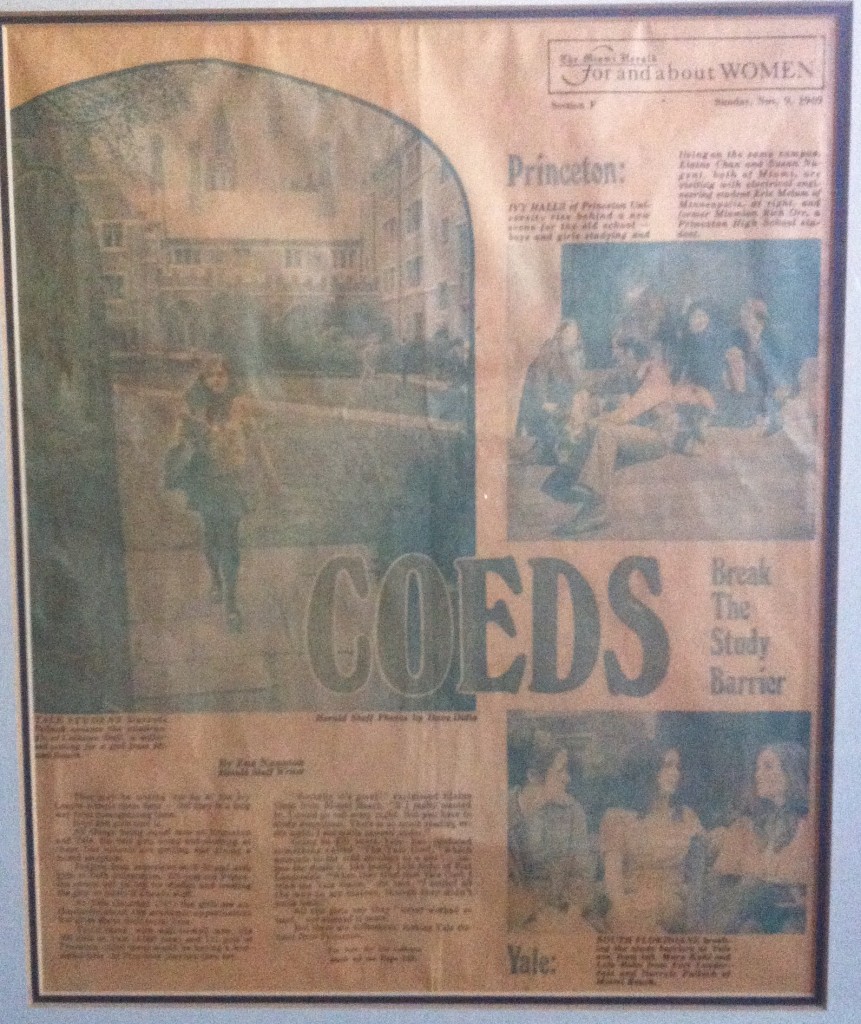 It was so long ago (you can tell by the faded newspaper)  it must seem unimaginable today—that women were excluded from the culture and the fabric of this American institution.

Today it seems far away and almost  quaint to remember what Yale was like when we arrived.  It was a place for sons of the elite—geared to graduate 1000 male leaders a year.  The guide for incoming freshman recommended to “treat Yale as you would treat a woman.”  Men swam naked in the gymnasium pool.  Busloads of girls arrived every weekend from Smith, Wellesley and Vassar for mixers with Yale men.

Things changed overnight when a few hundred girls moved into the ivy-covered colleges and merged into the population of 4000 young men—the supposed “superwomen” were stared at and scrutinized.  No one knew what to expect—least of all, us.

In a sense, we were very motivated lab rats in a prestigious educational experiment.

We were writing the story of coeducation at Yale, a magnificent gesture in the midst of a turbulent time.  In two years at Yale, my classmates and I were caught up in possibly the biggest upheaval of our time, when political activism, sexual freedom, feminism and enormous social change all collided—and Yale became a microcosm of what was about to happen in American society. 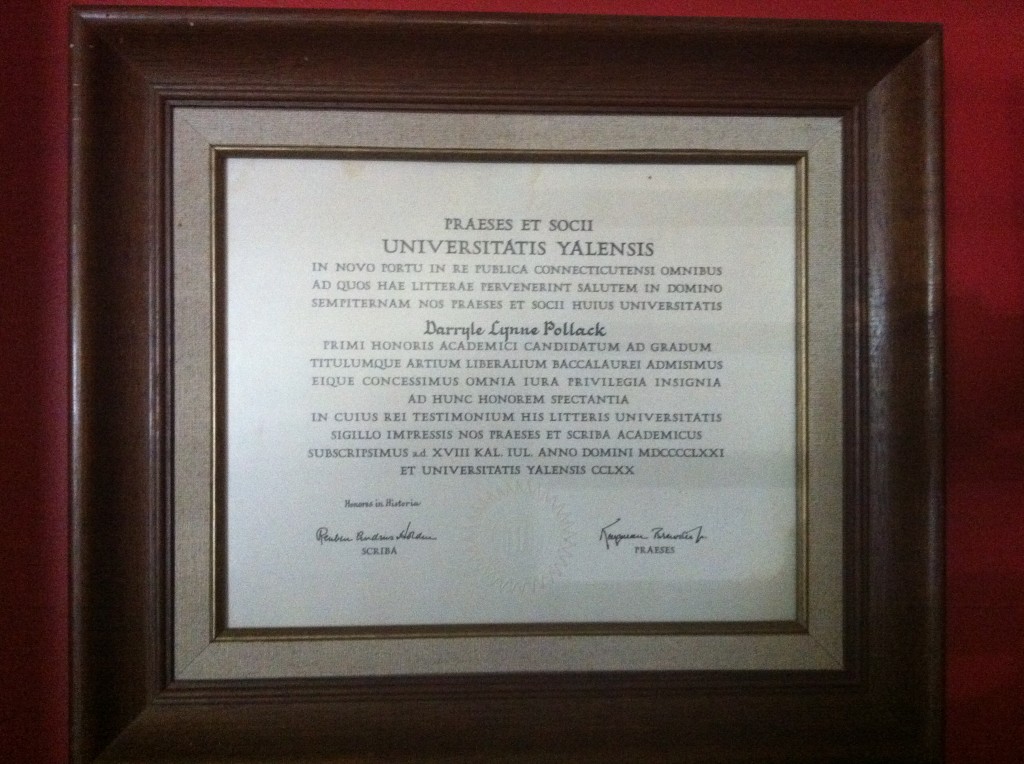 Another historic moment arrived in June of 1971—when about 200 women were awarded the first undergraduate Yale diplomas ever given to women.

I’m proud to have one of them. And as I write this I’m heading to New Haven for our (gulp!) 40th class reunion.